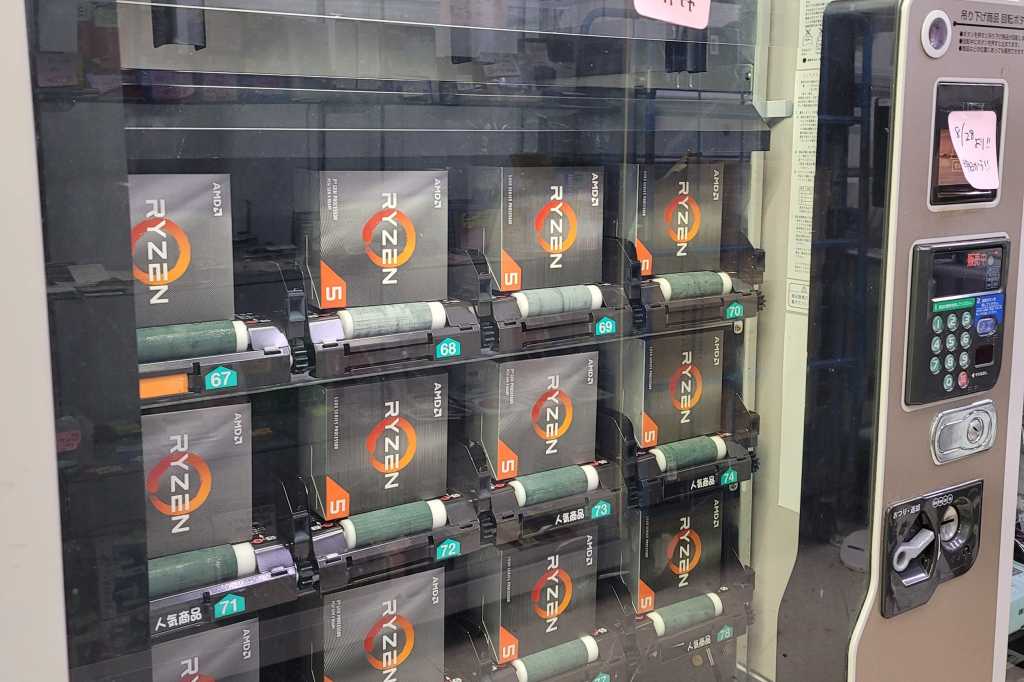 In a country famous for putting just about anything in vending machines, Japan may have topped it all with a vending machine that dispenses CPUs. The twist? You don’t know what CPU you’re going to get.

The vending machine snap was taken by Twitter user Nullpo_x3100 and noticed by Wccftech’s Hassan Mujtaba.

Although we wouldn’t put it past someone in Japan to actually sell CPUs like this one day, the machine here is actually more akin to a loot box you’d find in a videogame. After dropping in 1,000 Yen (or about $9), according to Mujtaba, the machine drops a Ryzen box with random processors inside—it could be Intel, it could be AMD, it could be several chips. The setup brings a whole new meaning to the phrase “silicon lottery.”

In one Youtube video a player appears to open up three loot boxes in real life, scoring what look like pretty well-used CPUs. The winner appears to utter “Core i5” we believe, and based on the gold trim around the edges, it looks like a 1st-generation Intel 32nm Clarkdale Core i5-661. That CPU was the first to integrate both PCIe and graphics into the package using a multiple chips.

On eBay, a Core i5-661 could fetch from $12 to $24, which sounds like a great deal but you’d still need a matching LGA1156 motherboard and DDR3 RAM to run it—but you’d at least have onboard graphics.

So are you going to score a Ryzen 5 5600X? Seems very unlikely but we have to admit it’s pretty mesmerizing watching someone unbox the mystery boxes in real life. Now we have a better understanding of the loot box streams that’re so popular on Twitch.