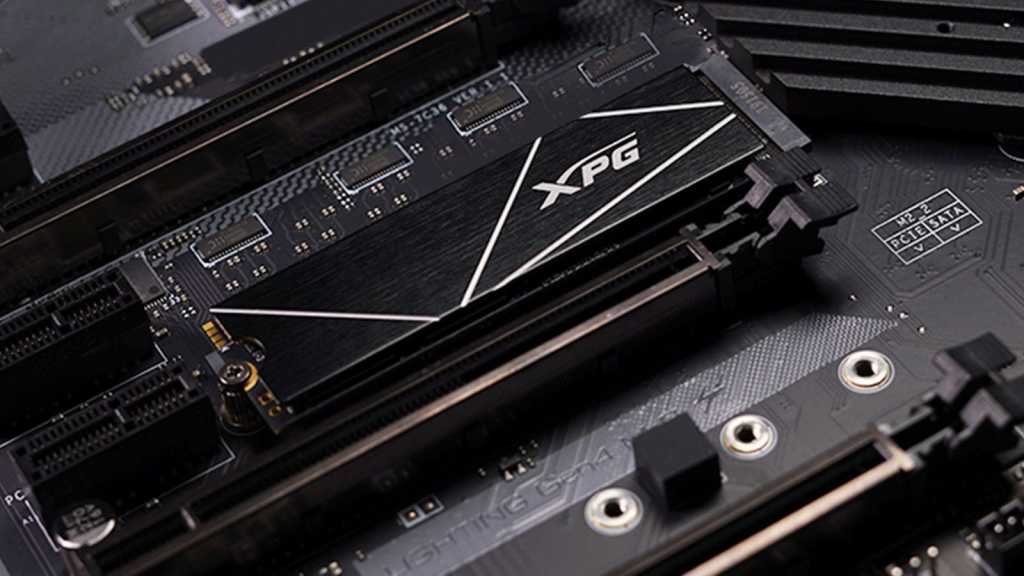 Image: Adata
At a Glance

This NVMe SSD is slower only than Seagate’s mighty FireCuda 530, meaning it’s a very, very fast drive. The Adata XPG Gammix S70 Blade is priced to compete with the Samsung 980 Pro (which it barely edged out), carries a five-year warranty, and sheds its predecessors massive heat sink so it can be used in laptops.

The Blade omits the massive, permanent (in terms of warranty) heat sink that made the older S70 unsuitable for laptops. It instead opts for a thin heat spreader that’s included in the package, but not pre-attached. The second big change is a switch to 176-layer TLC NAND, replacing than the 96-layer NAND found in the S70. Otherwise, it’s the same standard M.2 2280 (22mm wide, 80mm long) SSD using the same Innogrit IG5236 controller.

There’s still 1GB of DRAM cache per terabyte of NAND, and about a third of the NAND can be treated as SLC for secondary caching purposes—333GB for the 1TB version and 666GB for the 2TB version I tested. As the drive fills up, those amounts drop.

As you might guess from that last paragraph, the drive ships in two capacities: 1TB (currently about $150 at Amazon), and the 2TB version (currently around $300 on Amazon) Both carry a five-year warranty and are rated for 740TBW (TeraBytes that can be Written) and 1480 TBW, respectively.

Note that Adata issued a firmware update post-testing that promises an uptick in performance.

In the 48GB transfer tests shown below, the Adata S70 Blade place third. Well behind the FireCuda 530, but only a shade off the 980 Pro

Those PCIe 4 numbers are also a massive improvement over the older S70, whose real-world performance over the latest generation of the transport technology didn’t quite match its gaudy synthetic benchmark results. See below.

The test where the XPG Gammix S70 Blade actually knocked the Samsung 980 Pro from its second-place perch was in our long 450GB write test. Writing this much data continuously shows where secondary cache runs out. On the better drives such as the FireCuda 530, Samsung 980 Pro, and S70 Blade, it doesn’t. At least not on an empty 2TB drive.

As you can see above, the S70 Blade almost matched the FireCuda 530 over PCIe 3. A one second difference in this test is well within the margin for error.

As tested, the Adata XPG Gammix S70 Blade is one of the best NVMe SSDs on the market, and clearly superior to the older S70. It’s more than competitive with the Samsung 980 Pro performance-wise, and available at nearly the same price.

Of course the S70 Blade isn’t the Seagate FireCuda 530, but neither is any other SSD—and the FireCuda is priced much higher as a result. Sadly, the 530 wasn’t actually available at the time of this writing. Happily, the S70 Blade is. It’ll save you a few bucks, and it’s darn fast in its own right.

Note: Adata, along with PNY, Patriot, and others has caught flak for swapping in slower parts over the life of certain SSDs, namely the XPG8200 Pro. You can read about it here.