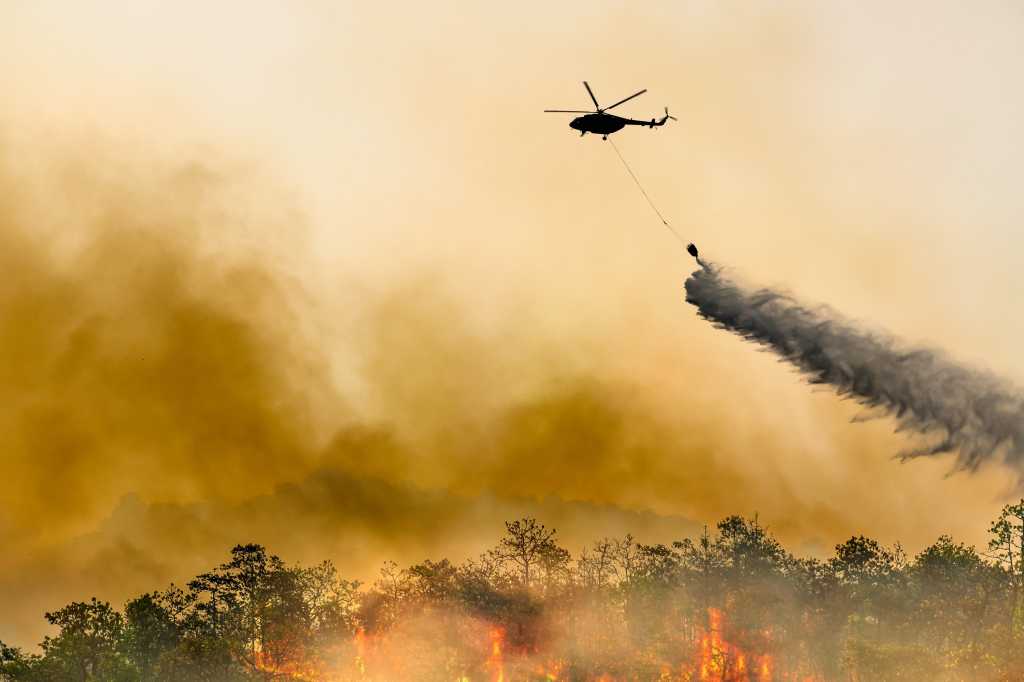 You can live far away from the western United States and still be affected by the smoke from the wildfires raging there. In fact, you’re not even safe if you live completely across the country. Back in July, hazy skies settled over New York City, Boston, Washington DC, and other parts of the east coast thanks to wind and jetstream patterns.

Living in the path of wildfire smoke isn’t the same high-risk scenario for a PC as actually surviving a fire in the home. But the danger of smoke remains the same, albeit in less concentrated form: acidity, discoloration, and speed of particulate build-up. All of these effects can possibly damage your PC.

How to protect your PC from wildfire smoke

Because smoke can have acidic properties, you don’t want to leave the ash, soot, and other particles lingering in your system for too long. Corrosive damage to your components and case aren’t a guarantee, but the more intense the smoke exposure, the more mindful you should be about its potential impact. Discoloration can be a concern, too—an issue for builders who care about their PC’s aesthetics. And particulate build-up can contribute a third problem by layering up thick and blocking air flow, leading to higher system temperatures. At best, having clogged dust filters and fans only drags down optimal performance, but at worse (when it’s extreme enough), it’ll affect the longevity of the PC in a quiet, indirect way.

Fortunately, you can minimize the effects of wildfire smoke with a few simple steps.

The advice you get for protecting your lungs works equally well for safeguarding your electronic gear. On bad air quality days, shut your windows to keep smoke out of your home. Reduce your exposure and you’ll have less ash and soot to deal with.

To further reduce smoke in your home, run an air purifier. You might have a filter already as part of your HVAC system, but if you don’t, you can usually purchase a good dedicated purifier for about $85 to $130. On a budget? Try taping an air filter to a box fan. The box fan won’t live quite as long (due to the extra stress on the motor of having to get air through the filter), but it should still have a decent run.

Prevention can help a lot (especially closing those windows), but you’ll still have some particulate matter to deal with. For desktop PCs, most people rinse off their dust filters and wipe down their fan blades maybe once or twice a year at most, but if you’re in the path of wildfire smoke, you should make a point of cleaning at that time. If you’re lucky, it’s one-and-done after the smoke passes, but if you’re subject to days (or weeks) of exposure, do it periodically.

The cleaning itself is simple, though depending on what you’re cleaning (and where), your strategy will vary. For desktop PCs, rinse removable dust filters under a faucet and wipe down non-removable filters with a damp cloth. For sediment on components, use rubbing alcohol and Q-Tips. You can use compressed air too, but ideally only outdoors so that whatever gets released into the air doesn’t end up circulating in your home.

For laptops, you can use a cloth dampened with rubbing alcohol to clean the exterior. Baby wipes work too, but if they’re more on the wet side, squeeze out excess moisture first. If you can access any fans or vents along the sides of the laptop, carefully clear them of any soot with rubbing alcohol and a Q-Tip.

Regardless if you’re outdoors or indoors, minimize your own exposure to the smoke. Wear a mask rated for fine particulate (like an N95, which has become more available for purchase again), and if you have sensitive skin, gloves as well.

What if my PC was in a fire?

Damage mitigation can be a little different for a PC that survived a burning home or office. We recommend consulting with a restoration service whenever possible—you’ll get a better diagnosis of how to proceed. But very generally speaking, if you’re dealing with more concentrated smoke exposure, follow the same cleaning advice above before turning on the computer. For desktop PCs, inspect your hardware while you’re in there to see if there are any obvious issues. Beyond smoke exposure, consult an expert.