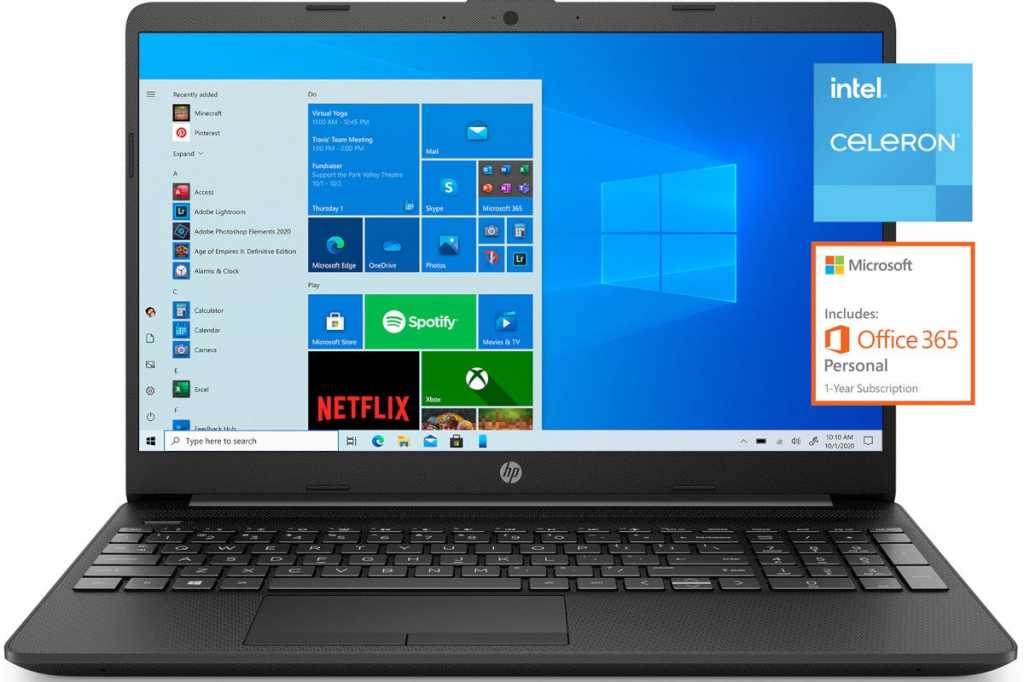 If you need a usable, cheap PC for the new school year or just want something affordable and portable, head to Walmart today. The big box retailer is selling a 15.6-inch HP laptop for just $269Remove non-product link. That’s $100 off the MSRP and an excellent price for an entry-level laptop.

This laptop has some really nice features that you don’t normally see in this price range. First, it’s rocking a big, 15.6-inch 1080p display. Quite often we’ll see machines at this price point with tiny 1366-by-768 displays, which is fine but nowhere near as crisp as looking at something in 1080p. HP also packed a free year of Microsoft 365 Personal with this (though the signage is still calling it Office 365), which is a really nice value—especially for a student or office worker.

Of course, when you’re getting a Windows PC this cheap, you definitely need to accept some compromises, so let’s dive in. First, you don’t get a ton of storage at just 128GB, but it’s an M.2 SSD, meaning it won’t weigh the machine down the way a hard drive would—this portable laptop weighs under 4 pounds. (You can also replace it with a bigger SSD if you want more capacity.) RAM is also a little weak at just 4GB, but it’ll work.

The CPU is an Intel Celeron N4020, which is a dual-core processor with a boost to 2.8GHz. That’s nothing to get excited about, but this is still a very usable laptop for web browsing, video streaming, email, social media, and document creation and editing. We wouldn’t recommend using it for anything require a lot of oomph such as video editing or serious photo editing. But for basic uses it’ll be just fine.

HP’s laptop ships with Windows 10 in S Mode, which means you can only install apps from the Windows Store. The good news is you can do a one-time, one-way upgrade to regular Windows 10 if you prefer, and it’s relatively quick and painless. According to the Walmart page this PC is also Windows 11-ready.