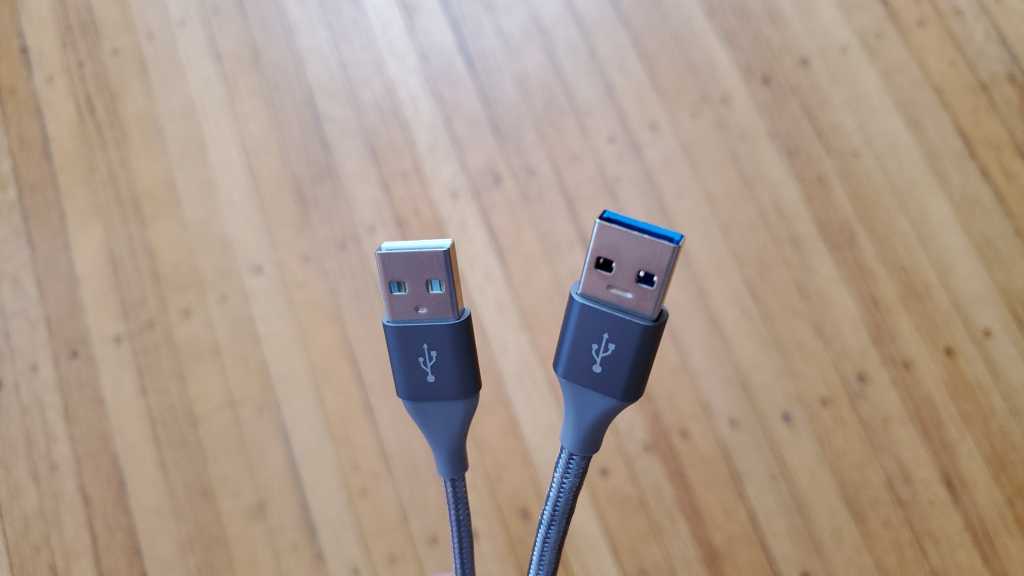 If you’re asking yourself if all USB-A to USB-C cables work the same, well, the short answer is no. Not at all.

Charging is just fine with both

Does charging really matter for a USB-A cable? For most of us, probably not as much as with a USB-C cable. Unlike USB-C to USB-C connections, where charging rates can vary from 5 watt to 100 watts, most phones and tablets don’t charge at rates higher than 18 watts. Most charge at 15 watts if you’re lucky, or 10 watts if you’re not.

There are indeed some devices that push 40 watts and even 200 watts using USB-A to USB-C cables, but they are fairly rare. Even Apple’s 12.9-inch iPad Pro is limited to 18 watts and that’s using a USB-C charger. If you plug one of these Amazon Basics cables into the iPad Pro and pair it with an older Apple USB-A charger, you’ll charge at about 12 watts or lower. These charging rates are low enough that it’s simply not as critical of a comparison as it is with USB-C to USB-C cables.

The rules for USB-C also mandate that USB-C to USB-A or any legacy connector should use the same gauge wire as all USB-C cables as well.

The better cable? The Amazon Basics USB 3.1 USB-A to USB-C cable is the “winner” by being able to supply more voltage.

THE USB 2.0 CABLE CHARGES AT VIRTUALLY IDENTICAL RATES AS THE USB 3.1 CABLE 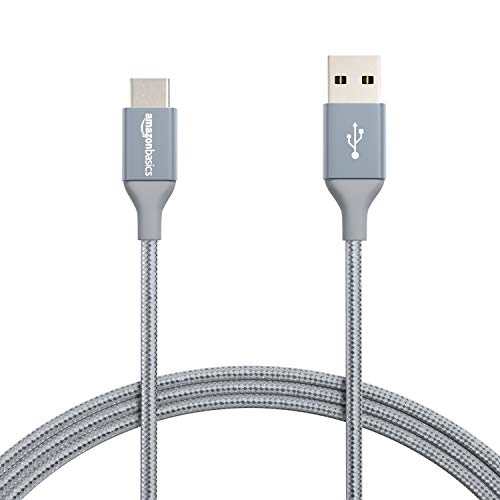 We’re not talking about a lot though. The USB 3.1 cable was able to supply about 10 watts, while the USB 2.0 cable supplied 9.8 watts using the Apple charger. With the higher-amp Huawei charger, the USB 3.1 cable supplied 19.5 watts vs. 18.7 watts for the slightly cheaper USB 2.0 cable. That’s about 2 percent to 4 percent more for the better cable—not a lot, but one is still better than the other. We do want to note that these aren’t the best we’ve seen at all.

For the most part, if you’re having issues hitting “fast charge” speeds with either of these cables, it’s probably more of a problem with your charger or your device (or both).

We also performed a physical inspection of the USB 2.0 and USB 3.1 cables. Again, both look nearly identical and are even marked exactly the same—which is wrong.

The Amazon Basics USB 2.0 cable has the USB-A plug correctly marked with the correct High-Speed USB trident that tells you it’ll move data at 480Mbps. The Amazon Basics USB 3.1 cable, however, also carried the basic 480Mbps symbol for USB 2.0, but it should have had the USB trident logo with an “SS” to indicate it can reach 5Gbps. That’s a ding on the USB 3.1 cable, even though yes, it’s faster in reality.

One way you can sometimes tell the difference between a standard cable and a Super Speed USB 3.1 cable is by looking into the USB-A connector. A USB 3.1 cable should be blue to indicate that it’s Super Speed capable, which Amazon does correctly here at least.

You can also look for additional wires inside the connector that are only in USB-A Super Speed cables. The USB-C connection on both cables use the preferred one-piece extrusion. Try to avoid cables that instead use a folded and stamped construction, like the cheap connector below that we picked up at the dollar store.

Both Amazon Basics cables come “double braided” to give them a fancy look, and both also feature very stiff plastic strain relief where the cable attaches to the connectors. Although they look nearly the same, the USB 3.1 is quite a bit heavier. Our scale puts the USB 3.1 cable at 83 grams and the USB 2.0 cable at 49 grams. The extra weight likely comes from the additional wires inside needed for USB 3.1.

Those thicker wires make the Amazon Basics USB 3.1 cable physically thicker too. That makes it a little less pliable but neither is overly stiff.

What’s on the inside

People buy specific cables because of the color, braiding, or design, but the inside is what matters the most.

Most importantly, both Amazon Basics cables have the correct 56K Ohm resistors inside, according to our BitTradeOne USB Cable Checker 2.0. The 56K Ohm resistor plays an important role on all USB-C to USB-A cables and prevents a device from blowing up the ports on your computer by drawing too much power from it.

All of the wires inside the cable are correctly wired and go to the right place as well. We also did a quick resistance check using an AVHzY CT-3 and the USB Cable Checker 2.0. It told us the ground power wires inside the USB-C 3.1 cable use a slightly heavier gauge wire than the USB-C USB 2.0. It’s still nothing to worry about, but the USB 3.1 is the better cable on the inside too. 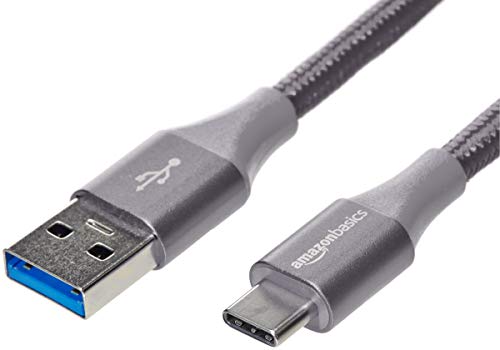 Since charging rates don’t really matter here, the only thing worth considering at a practical level is the speed that these Amazon Basics USB-C cables can transfer files. To test that, we used Crystal Disk Mark 8 running on an MSI Prestige 14 Evo laptop’s USB 3.2 10Gbps port, as well as an Asus ROG Strix USB 3.2 drive cabinet outfitted with a WD Black NVMe SSD inside of it. The ROG Strix cabinet is also capable of hitting 10Gbps.

The USB 2.0 cable was turtle slow, as expected. The surprise came from the USB 3.1 cable, which Amazon rates at Gen 1 (5Gbps) speeds. Clearly that didn’t matter as we actually saw performance on par with Gen 2 (10Gbps) cables. USB apparently doesn’t care what the label says—if the cable includes the wires for the faster USB standard, it’ll hit it.

And the winner is…

Since most people do use their USB cable to also transfer data—even if only occasionally—we strongly recommend buying the Amazon Basics USB 3.1 cable, which can make a file transfer take only a few seconds rather than a few minutes.

And why not? You’re paying little more than 50 extra cents to get a much more capable cable. Sure, it’s a little heavier and a little less pliable, but we see no reason to pay basically the same price when there’s such a staggering performance difference between the two cables. Frankly, we have no idea why Amazon even sells the USB 2.0 cable, especially when it costs the same as the faster option.