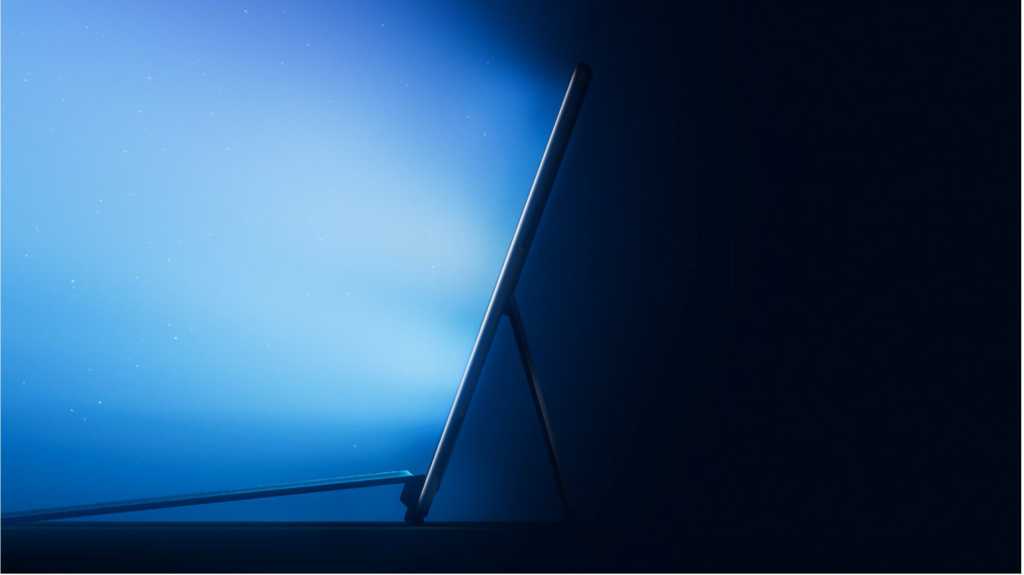 Surface devices usually remain relatively unchanged from generation to generation, a remarkable consistency that can nevertheless leave the impression that Microsoft doesn’t keep up with the times. After reviewing almost all of the Surface devices ever released, we can’t help but keep a running tally of the features we’d like to see in the next generation of Microsoft’s Surface laptops and tablets.

On Wednesday, Sept. 22, Microsoft plans to host a virtual event where the company is expected to provide updates for its Surface devices, since the invitation (pictured above) literally shows a Surface tablet in profile. Microsoft will likely offer updates to its Surface Pro tablet lineup as well as the Surface Laptop. We may also see new versions of the Surface Pro X, Surface Book, and more. 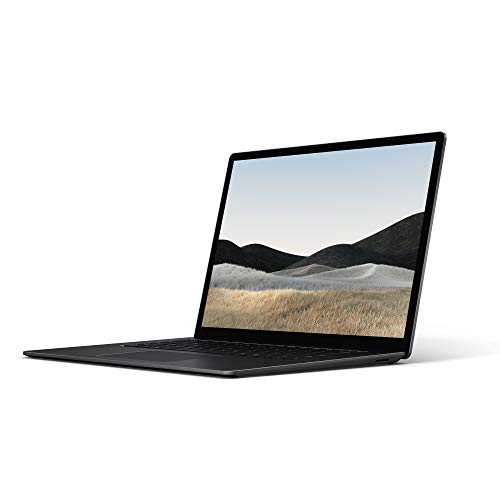 Anyone familiar with Surface devices—or, at least, Surface reviews—has heard this argument before. The original Surface Connector was years ahead of its time: a magnetically-connected power connector that, like Apple’s MagSafe, could detach without yanking the tablet to the floor. The Surface Connector allowed Surface owners to reuse power supplies from generation to generation, save for the underpowered Surface Book 2.

The Surface Connector’s strength was that it delivered not only power but also high-bandwidth data, including video. Most Surface owners probably didn’t mind paying for a proprietary power port when high-speed I/O came along for the ride. Even the pricey Surface Dock and Surface Dock 2 offered capabilities far beyond most USB-C dongles of a few years’ back.

Then Thunderbolt rolled in, also offering high-speed I/O, power, and new expensive external docks. Thunderbolt and its USB-C form factor is a more universally adopted interface than the Surface Connector, and there’s a small but growing ecosystem of third-party hardware, including Thunderbolt displays, that can take advantage of it. Thunderbolt 4 also delivers up to 100W of power, satisfying most Surface products save for the Surface Book lineup. Microsoft might have been able to capture the hearts of PC gamers by using the Surface Connector to power an external GPU. It declined to take that shot, however, and now Thunderbolt is now the more commonly adopted standard.

It’s unclear why Microsoft hasn’t developed an overtly gaming-centric laptop, an argument we’ve made before. Microsoft chief product officer Panos Panay often talks about “focus” in the context of maximizing productivity with Surface PCs. But if that’s true, why do recent Surface Books natively support Xbox One game controllers?

Microsoft chief executive Satya Nadella recently said that Microsoft is “all in on gaming,” though his priorities—the cloud, subscriptions, and empowering creators—prioritize Xbox, and not the central issue of PC gaming. Here, Microsoft has had a seemingly on-again, off-again commitment: it lacked top-tier gaming titles for years, then went on a buying spree that saw the company buy up major PC-centric studios like Obsidian, Bethesda, Ninja Theory, and Double Fine. On the other hand, Microsoft’s Windows Store app pales in comparison to Steam or Epic, and it hasn’t really backed major game competitions like the World Cyber Games since 2006. Who knows.

If Microsoft believes in PC gaming—and again, the Xbox app is one of the first things you’ll see within Windows 11—consumers need to see it demonstrate its commitment sooner rather than later. A gaming laptop could be just the thing.

Let’s assume that for whatever reason, Microsoft doesn’t roll out an overtly gaming laptop anytime soon. Most gamers would probably be happy with a laptop truly designed for work and play: a Surface Book with an Nvidia RTX GPU and a high refresh rate screen.

No slight to AMD, but Nvidia’s RTX hardware has become synonymous with PC gaming. Adding an RTX GPU to the Surface Book would certainly invite additional power and heat issues, including possibly necessitating a barrel connector and ramping up the fan speed considerably. But that’s okay by us.

Fortunately, a spate of recent reports indicate that Microsoft plans to introduce a faster screen to show off the Dynamic Refresh Rate functionality that’s being built into Windows 11. High refresh rate displays (though for gaming, not inking) are also synonymous with gaming. It’s a direction we hope Microsoft continues heading.

In 2018, the Microsoft Surface Go introduced a slightly worrying new trend: key travel of just 1mm, as opposed to the 1.5mm on a typical laptop. In Microsoft’s Surface Laptop 3, key travel also decreased to 1.3mm from 1.5mm in the prior generation. Thankfully, the Surface Book 3 maintained key travel at about 1.55mm.

What difference does a few tenths of a millimeter make? About the same as extra cushioning in a running shoe, or a few tiny crumbs between your sheets. Trust us, you’ll notice the change. Surfaces used to have the best keyboards in the industry, and now they’re declining to just decent.

There are several reasons that Microsoft could have made this decision: cost, space, or some other metric that shows that consumers don’t care about keyboards. We do, though, and we’d like to see Microsoft return to the good old days.

Microsoft hardware doesn’t have the strongest reputation. In 2017, Consumer Reports raised the issue when it stopped recommending the Surface Laptop and Surface Book, though it did so using earlier reliability results. Internal memos from the period indicated that return rates were horrendous but improved over time, according to reports.

Coincidentally or not, one reader contacted me last week about screen cracks in their Surface Laptop 4, and a second reader said they’re filing suit against Microsoft in small claims court over repeated battery problems with a Surface Pro 4. Some Surface Pro users have banded together under the “Flickergate” banner to highlight these issues.

Anecdotally, I haven’t noticed the same issues with recent Surface Laptop, Surface Laptop Go, Surface Book, or Surface Pro devices that I noticed in earlier days. Early Surface Books, specifically, had issues with “hot boxing”—thermally, not with marijuana!—where the device would tend to get scorching hot, even while supposedly in sleep mode. No product is perfect, of course. Microsoft simply needs to ensure that its engineers don’t sacrifice reliability for ambitious design.

Microsoft’s Surface Duo bombed, plain and simple. A number of hardware issues doomed the daring Android phone—a subpar camera, lack of NFC, and no wireless charging, among others—but when Microsoft declined to send the Duo to us for review, alarm bells started ringing. Worse still, Microsoft still hasn’t updated the Duo’s software with Android 11, and patches have been few and far between.

Say what you will about Windows 10 or Windows 11, Microsoft keeps its operating systems up to date, with a steady slew of new features and patches. Surface firmware updates are frequent, too. However, Microsoft will need to make some firm commitments to supporting the Surface Duo before smart consumers commit to buying one.

The same holds for the Qualcomm-powered Surface Pro X. One of the areas where the Surface Pro X fell short was in the very un Pro-like battery life, despite the supposed endurance advantages afforded by Arm processors. But again, if Microsoft wants to sell a “Pro” machine, it needs to offer a hardware/software environment that can run professional applications. The Surface Pro X’s Arm-powered Surface Edition processor also failed to deliver on that front, in part because of the inability of Windows on Arm to run 64-bit X86 apps, and also because of the low performance of the chip itself. We’d love to see that change once and for all.

Lenovo, Dell, and HP all go the extra mile to develop general system utilities that offer deep dives into their respective laptops. These apps offer additional features, controls, and more that reward owners of their laptops. Why can’t one of the largest software developers in the world do the same?

It’s baffling, frankly. Microsoft seems to think that it can develop the operating system and support software and call it a day. But beyond serving as a general utility for managing the Surface Pen software and providing a gateway to buy additional accessories, the current Surface app is mediocre. Microsoft can do better.

8.) Keep the passion, keep the promises

We love the enthusiasm and passion chief product officer Panos Panay brings to the Surface lineup. We truly do. But Microsoft clearly overpromised with the Surface Duo, the still-unreleased Surface Neo, and the now-dead Windows 10X. Maybe dial it back a bit this time around?

So far, that seems to be the case. We haven’t heard that much hype leading up to the Surface event next week—and that’s a good thing. We’re genuinely looking forward to what Microsoft and Surface can deliver.