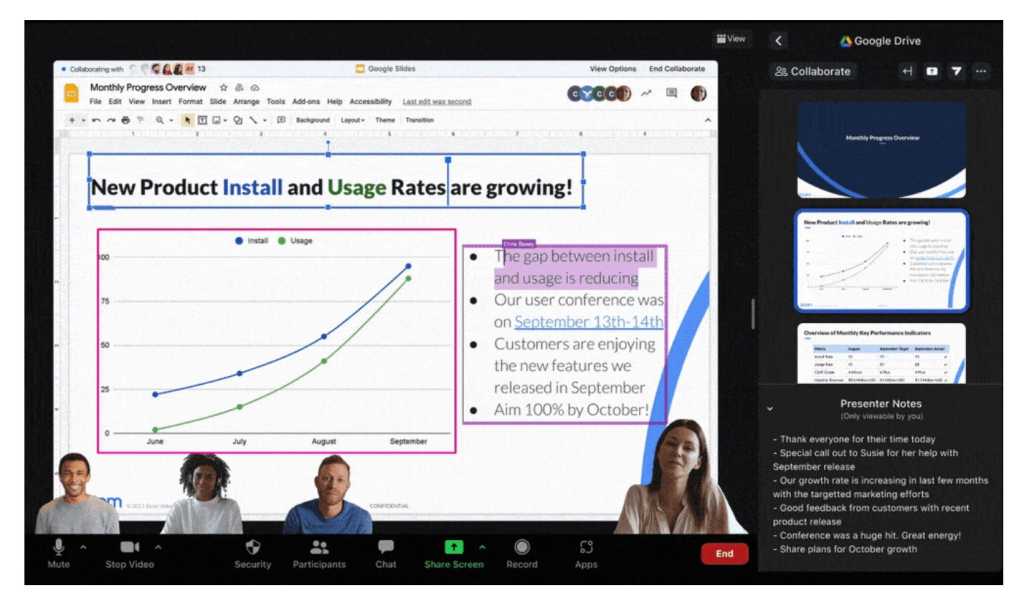 Remember when Zoom was just our pandemic video-chat app? Now the service is adding collaboration features of all stripes, including translation, whiteboarding, and even voice mail, while challenging established players like Microsoft Teams and Slack.

Zoom kicked off its Zoomtopia user conference by announcing a ton of new features, par for the course during the whirlwind days of the pandemic when Google, Microsoft, Zoom, and others competed for users. Now, as the world moves into a hybrid work environment, Zoom is trying to capture a greater percentage of both in-person and remote workers. (Zoom hedged its bets by saying that these are “future potential projects.”)

The most obvious changes, however, are in how Zoom is expanding its chat capabilities, providing an experience that looks quite a bit like Slack.

This is part of what Zoom calls “continuous collaboration,” where you’ll be able to chat about a task, exchange documents, drop into a video call, and even share automated video transcriptions and translations—a feature that Microsoft Teams helped pioneer, and now Zoom is adding, too. Zoom also said that it’s partnering with Microsoft SharePoint and Box to allow you to share files. Finally, Chat is adding a “Huddle View” for closer team collaboration.

Zoom is also adding a virtual whiteboarding solution, another type of collaborative workspace that Monday.com recently added, and that also appears in Google Meet and other collaborative workspace applications. Zoom’s whiteboard, which the company says is “anticipated later this year,” will exist online in 2D space, but will also be part of the Oculus Horizons Workrooms initiative that Facebook is building in VR. Do you need to chat in the waiting room while waiting for a meeting? That feature’s coming later this year, too.

In July, Zoom announced Zoom Apps, the capability to add apps directly to your Zoom experience—again, a capability that Microsoft Teams has announced previously. On Monday, Zoom said that a sub-category of new, “immersive” apps will allow you to embed yourself via Zoom directly into another app—for example, you’ll be able to put a small video feed of yourself in the corner of a Google Docs presentation. We’ve seen this capability in apps like mmhmm and others, but it’s coming to Zoom, now, too.

Finally, Zoom is adding a Zoom widget for your desktop. It looks like the widget will simply offer an at-a-glance summary of your meeting calendar, with links to the Zoom call if necessary.

Zoom’s hybrid workspace plans include a new feature to “hot desk,” where you’ll be able to reserve a desk in a workplace with limited access during the pandemic. If you’re actually in the office, seated around a conference room, a new “Smart Gallery” feature will automatically take the panoramic view a webcam captures of the attendees and carve out AI-generated individual video feeds.

Zoom is also bringing with it one of the unfortunate legacies of the workspace: its dedicated Zoom phones will be adding voice mail, too.