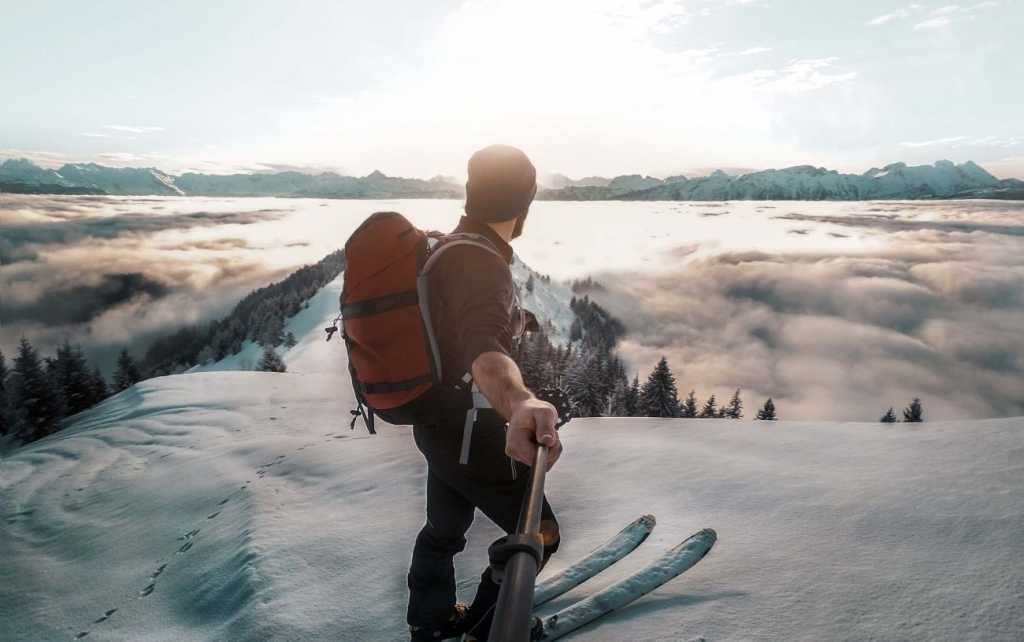 One of the most anticipated launches in the HERO series, GoPro introduces their latest flagship model, the new GoPro HERO10 Black, the company’s most powerful action camera to date. The go-anywhere video and still camera features increased performance, speed, and double the frame rates, as it houses their all-new revolutionary GP2 processor. Videos can now be shot at 5.3K resolution at 60 frames per second (FPS) and 4K at an impressive 120 FPS, keeping details crisp, even on slow-motion footage. As an ultra portable still camera, GoPro HERO10 gets an upgraded 23MP resolution applicable to all its photo modes: Burst, Night Photo, SuperPhoto, RAW. Still frames from videos can also be grabbed for up to 19.6MP when shooting at 5K 30FPS 4:3 videos. The new product also comes with a webcam mode, 8x slow-motion mode at 2.7K, voice control, and is Mod ready, and can fit HERO9 Mods.

Outwardly, the GoPro HERO10 sits similarly as its predecessor, the HERO9, but what’s inside carries the big difference in its performance capabilities – all thanks to the new GP2 processor. Compared to the HERO9, here’s what’s new. • Double the frame rates for videos, and ultra-sharp resolution with improved low light performance and 3D Noise reduction, meaning videos shot during low light situations will have less video noise and more details from its more advanced local tone mapping. • Faster gliding through the back touch screen menu, responsive touch interface, and the front LCD display previews are smoother. • Next generation in-camera electronic stabilization, HyperSmooth 4.0, can be used for its high-performance settings: 5.3K60, 4K60, and 2.7K120. Horizon leveling’s tilt limit also increased to 45 degrees when shooting in specific camera modes. • A new lens cover that is more scratch resistant, less ghosting, hydrophobic and water shedding, and removable. • Webcam Mode and Live Streaming in higher resolution (1080p) and image quality using HyperSmooth 4.0 video stabilization. • Up to 30% quicker offloads via Wi-Fi transfers but 50% faster than this if using the new wired offload option. If you are interested in obtaining a discount, have a look at our dedicated page to the GoPro Promo Codes and offers, our team updates it daily with the latest discount and coupons. With these additional upgrades, the new product does retain the beloved frameless mounting, folding fingers, but users can also purchase this new GoPro with helmet mount, chest mount, or a head strap, as an added accessory.

Which GoPro camera is the best?

It really depends on how you intend to use your GoPro. HERO10 Black could be a timely upgrade from those much older versions as this new one is more refined and revved up with all the power from GP2 when compared to older models running GP1.

When will GoPro Hero 10 be available?

GoPro just launched its newest camera, HERO10 Black, on September 16, 2021, and is priced at $499.99 for the stand-alone camera, or $549.99 for the HERO10 Black + Accessories Bundle. Although, with a 1-year GoPro subscription, users can get it at $399.98 and $449.98 respectively at GoPro.com, plus unlimited cloud backup, auto uploads while charging, high quality live streaming using GoPro’s streaming platform, premium editing tools in their Quik App, guaranteed damaged camera replacement and more.

The Fun Continues with the HERO10

GoPro cameras have been long time favorites of sports and adventure enthusiasts and HERO10 Black promises to uphold the heritage and keep up with the rough and tumble of work or play. Users can even freely take this with them underwater, as HERO10 Black is rugged and waterproof for up to 33ft. Popular modes such as TimeWarp 3.0 and Power Tools (i.e. HindSight, Scheduled Capture) remain in the new version and gets a boost from the GP2. Many have asked, “Can the GoPro 10 be used as webcam?” The answer is yes, and more. For its webcam mode, a full 1080p video quality can be used for work-from-home arrangements or live streaming directly to Facebook Live, YouTube, Twitch, GoPro.com (with a subscription) and other RTMP URL platforms. Users can easily frame and compose their shots through the front display LCD, utilize 132° wide field of view, and live stream using HyperSmooth 4.0 stabilization. With the HERO10 Black’s functional mounting, easily shoot creative angles for a unique POV. The possibilities seem to be endless for this new powerhouse video camera designed for adventure seekers, content creators, educators, filmmakers, or anybody who just wants to capture life in high definition.