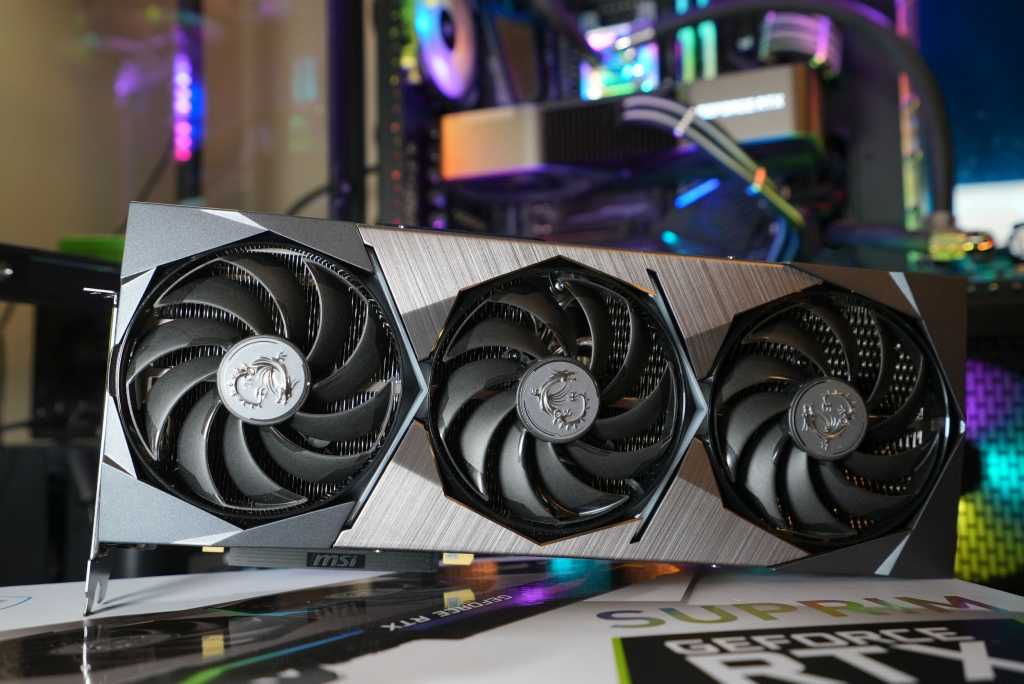 Should you buy a used mining GPU? Usually, you may want to avoid graphics cards that were used around the clock to mine cryptocurrency. But that’s not necessarily the case during the Great GPU Shortage, when the best graphics cards are always out of stock even when they’re going for exorbitant prices.

Let’s say you’ve done your research, stood in line for hours, and endlessly refreshed your browser at online retailers without any luck. When you’re finally about to give up, you find the perfect used GPU for sale—but the seller tells you it was used for mining cryptocurrency.

Is that a deal breaker? Should you buy a used mining GPU? Let’s break down when they may be available, what the risks are, and if you should worry about degraded performance.

The era of crypto-mining GPUs

GPU mining has become such a phenomenon that Nvidia introduced “Lite Hash Rate” GPUs in 2021 to stem demand from cryptocurrency enthusiasts. This isn’t the first time that mining has put the pinch on PC gamers though, and there are lessons to be learned from past cycles.

Cheap mining graphics cards flooded the used market after the 2017 cryptocurrency collapse. We’re currently in a historic boom period where GPUs remain scarce. When the profitability of Ethereum goes down significantly, you can expect a rapidly changing situation as miners sell their GPUs into the market.

The great GPU flood can happen at any time! This is due to the sporadic nature of cryptocurrency. Without getting too into the weeds, future changes in how Ethereum handles proof of work may sway the tide as well. We don’t need a full crypto collapse for used mining graphics cards to enter the market, however. Miners may sell them off when prices are high, and to adjust their positions, so they can pop up at any point.

What are the risks with used mining GPUs?

The obvious worry for buying a graphics card used for mining is that performance will be vastly degraded, and the GPU will fail sooner than expected. This is generally not the case, however. In our experience, mining GPUs do not seem to show much reduction in capability. Let’s exam some possible reasons why, and some caveats.

There are certainly other dangers, though. Heat is a major problem for GPUs. If they were used for mining in an extremely hot environment without proper airflow, there can be issues.

Take Nvidia’s GeForce RTX 3090 for example—its cutting-edge GDDR6x memory typically will run hot. If an RTX 3090 graphics card is not properly cooled, it will significantly thermal throttle, lowering performance, and may even fail or damage the VRAM over time. An inexperienced miner may run these up to their thermal limit.

GPUs running less powerful VRAM will have less risk, so pay special attention to GDDR6x GPUs—the GeForce RTX 3070 Ti, 3080, 3080 Ti, and 3090.The Founders Edition models of the RTX 3080 and 3090 are particularly troublesome, with their thermal pad application from the factory causing higher temperatures with the VRAM.

How to buy a used mining GPU

So you’ve decided you’re willing to buy a used mining GPU. What now?

First, ask questions the seller questions about the graphics card. How long was it mined on? Did you underclock it? Was it stable? What temperatures did you run at? These can help you gauge the care the seller took with their hardware, increasing the chances that it will be more reliable. (Asking evaluation questions like these are a good idea when buying any graphics card used.)

Second, closely check the physical condition of the graphics card, either in person or in pictures. Is there any damage or evidence it was crammed in a tight spot? Scratches on the backplate or shroud may indicate this. The fans may fail or get damaged over time with mining cards, given their constant operating, so make sure they’re running correctly. How clean is the graphics card? Are there any visual abnormalities or excessive dust buildup? These can help you determine the level of care the graphics card received from its current owner.

Third, stress test and benchmark your graphics card after you get it home. A stress test will reveal potential screen artifacts and shutdowns that may indicate a faulty GPU. Don’t forget to test your favorite games on it too.

Are the fears of buying a mining GPU warranted? Not entirely—but generally you’ll be fine if you do your research. With today’s massive graphics card shortage, you run a higher chance of running into used mining GPUs than ever before, especially if we get a market crash.

That doesn’t mean it’s always sunshine, high frame rates, and ultra graphics, though. There are some cases where buying a mining GPU can backfire on you. That’s when the GPU was not properly cared for, or the user allowed their VRAM to constantly hit Its thermal limit. Ask those questions and inspect the card!

Remember: Mining on GPUs also takes efficiency into account, so it is in the interest of the miner to optimize its usage. A responsible miner is also very aware of the resale value of these GPUs, therefore incentivizing them to take good care of the hardware.

Are AMD graphics cards any different in the used market? While it is true that Nvidia cards are generally preferred by miners due to better price-to-performance, AMD GPUs such as the Radeon RX 6600 XT can still be mined on profitably. In this soaring cryptocurrency market, some people even mine on gaming laptops. So yes, carefully consider the condition of all used graphics cards—Nvidia or AMD.

What should you expect to pay?

Are you saving any money by buying a mining GPU? Unfortunately, probably not in today’s intensely constrained market—but you probably have a better chance of finding used graphics cards than new ones these days, and this information can help while you peruse the (wildly inflated) Craigslist or Ebay listings. If there does wind up being another GPU price crash, then you can certainly use this knowledge to your negotiating advantage. Unless the GPU has clear signs of being worn, however, it’s unlikely to make much difference in today’s used graphics card market.