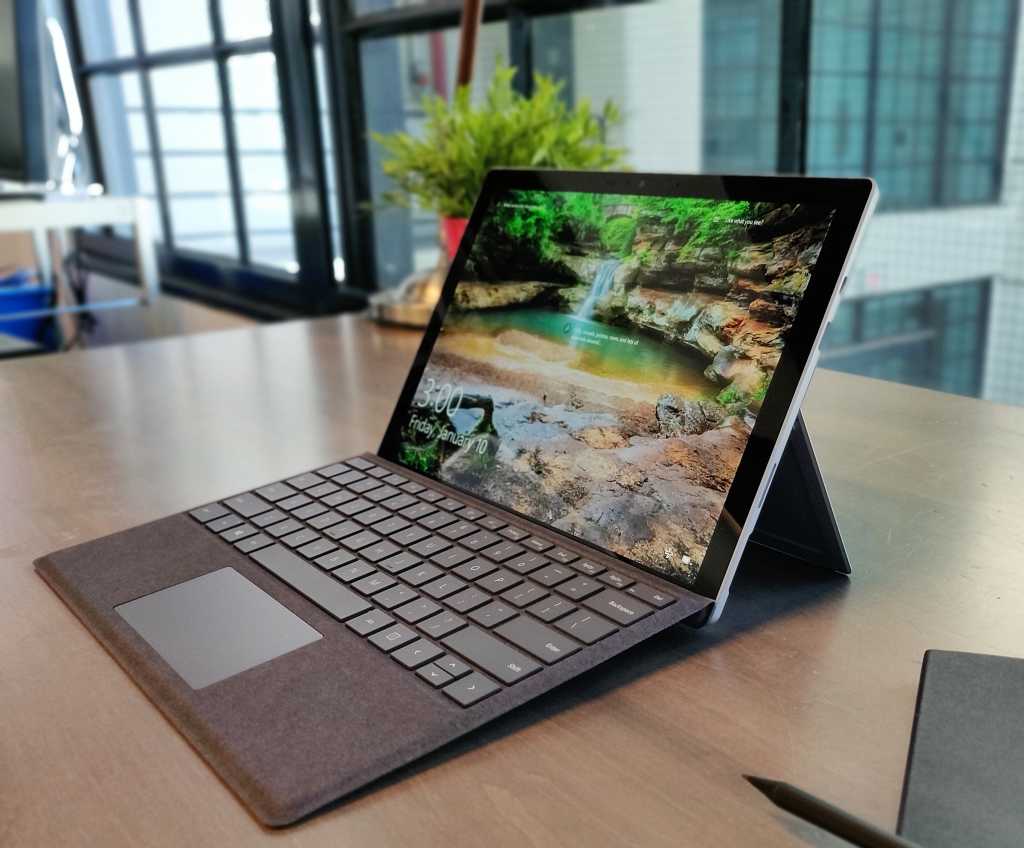 With mere weeks left before Windows 11’s launch, Microsoft is deploying its vanguard. The company is expected to launch an arsenal of new Surface devices during its September 22 event, including a significantly redesigned Surface Book 4, the Surface Pro 8, and even a next-generation Surface Duo phone.

Initial reports say we should expect to see:

The Verge has reported early information about the new Surface hardware, and Windows Central published Surface details as well. Both sites have a great track record for Microsoft reporting. We’d expect all of these new devices to be powered by Windows 11, either at launch or immediately after. The timing of this event can’t be coincidental. Let’s dig in! 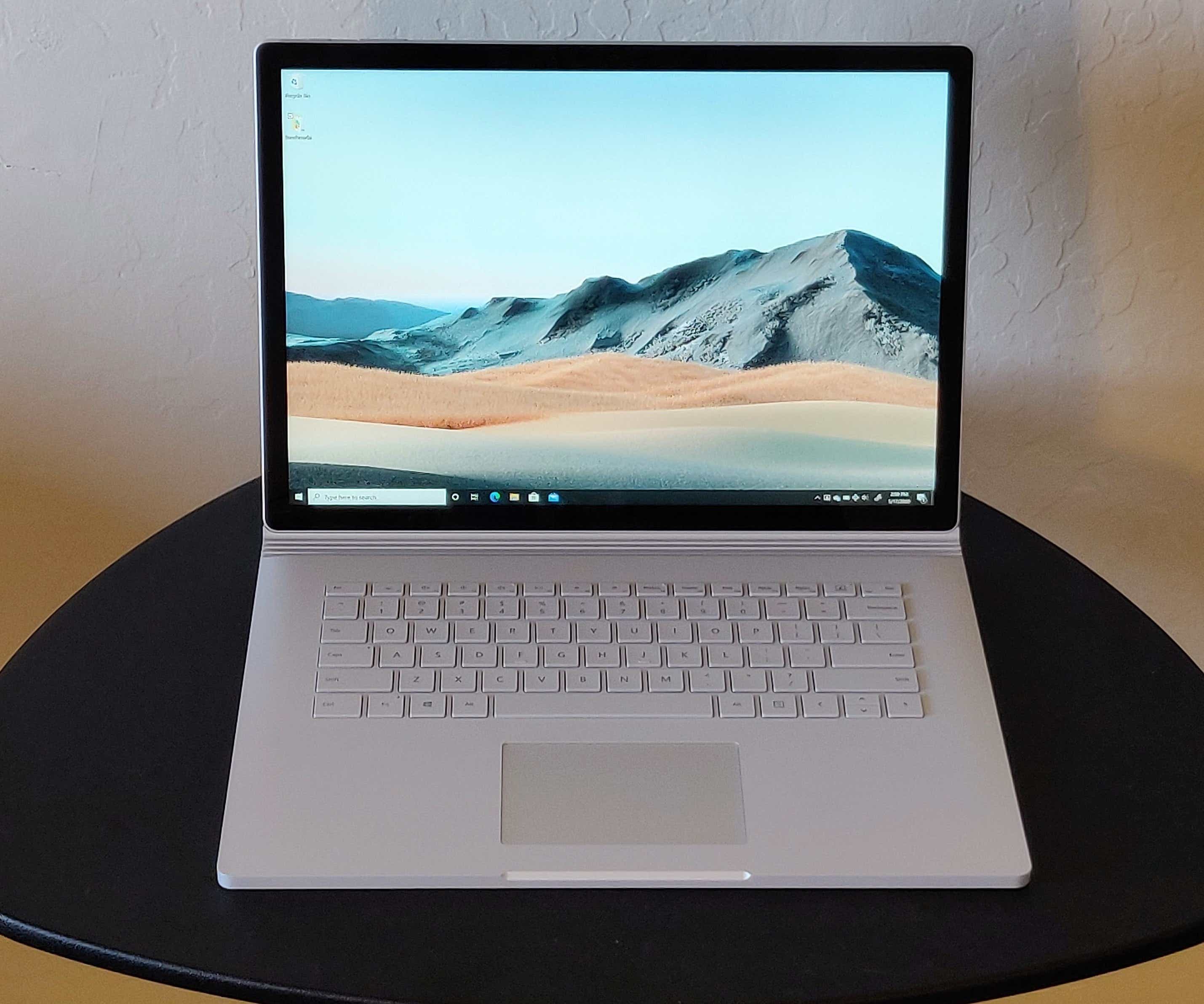 Of the five devices, clearly the most intriguing is the redesigned Surface Book 4, the successor to our well-reviewed Surface Book 3. Both The Verge and Windows Central report that Microsoft has (probably) abandoned the detachable 2-in-1 concept that’s defined the Surface Book to date, replacing it with a pull-forward design reminiscent of the HP Elite Folio.

The Elite Folio design allows that 2-in-1 to flip back into tablet mode, but also pull forward the screen into a cinema or presentation mode. On the Folio, the tablet and base are technically separate, though held together as a single unit with a faux-leather shell than encases both halves. It’s not clear whether the Surface Book’s tablet display will be detachable—though, lacking a kickstand, that tablet has always had reduced utility. A new Surface Pen (probably separate) may also be included, the Verge reports. 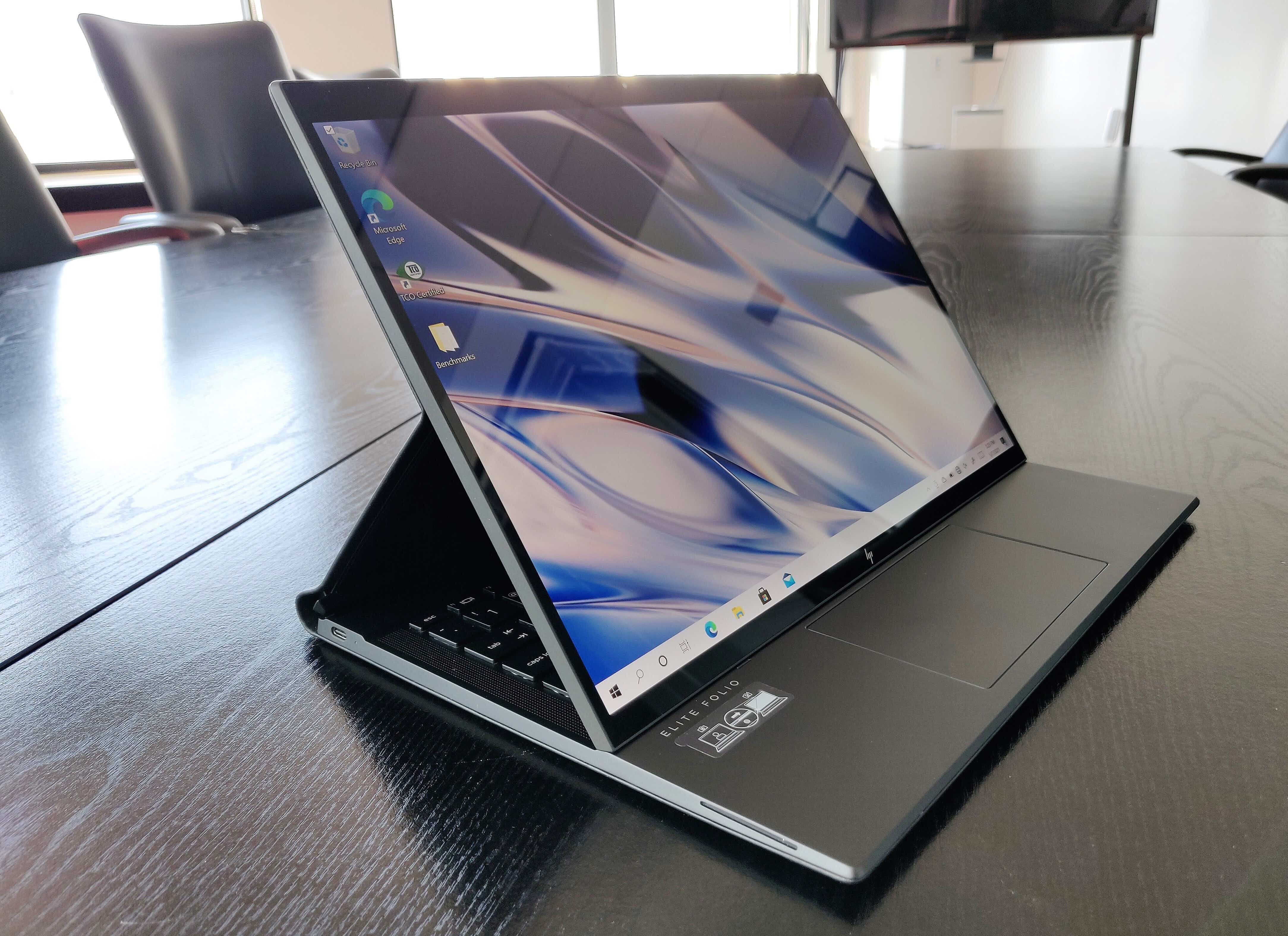 The Verge also claims that the Surface Book 4 will support the Dynamic Refresh Rate feature that’s a behind-the-scenes feature of Windows 11. DRR will take advantage of high-refresh-rate displays to enable better inking, and graphics too. Windows Central believes that at least one model will include Nvidia’s RTX graphics, one of our suggestions for improving the Surface lineup.

What processor will live inside the Surface Book 4? That’s still a bit of a mystery. Intel’s first “Alder Lake” hybrid processors will be officially released this fall, but only in desktop form, so the Surface Book 4 may simply adopt the 11th-gen “Tiger Lake” processors used by the earlier Surface Pro 7+—or perhaps switch to AMD Ryzen? Windows Central seems to think that there will only be a pair of USB-C ports—possibly Thunderbolt, possibly not—along with the omnipresent Surface Connect port. 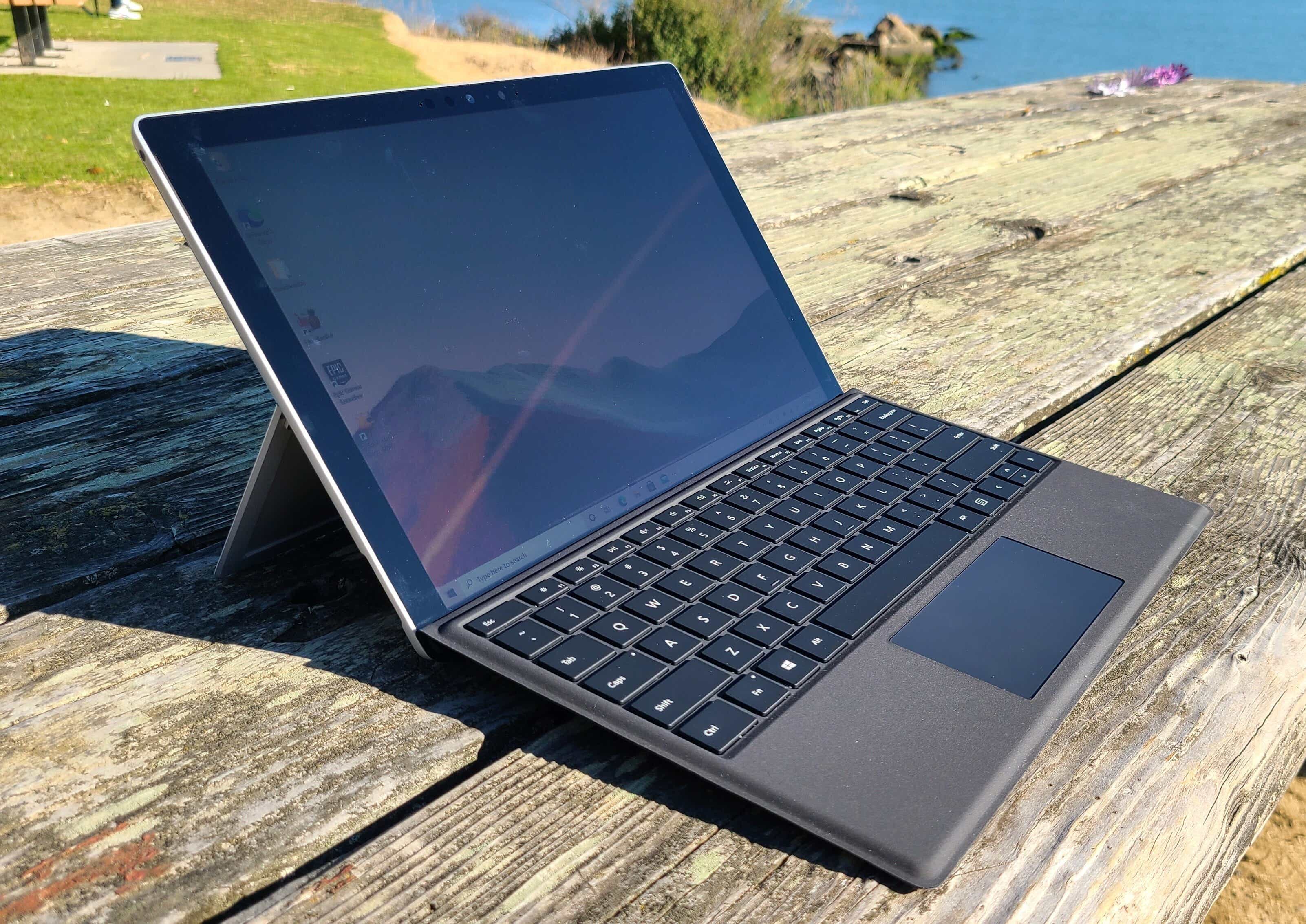 If Windows Central and the Verge are correct, the Surface Pro 8 may introduce Thunderbolt to the platform, a first for Microsoft. Windows Central believes it may be slightly larger than previous devices, too. Thunderbolt would obviously be a step forward for Microsoft, though it begs the question of what happens when you want to dock the tablet. Is there an updated Surface Dock inbound? We’re hearing that Microsoft may head in that direction—but we frankly aren’t sure that there would be a critical mass of Thunderbolt-powered Surfaces with just a single Surface Pro device.

Windows Central believes that the Surface Pro 8 may include Wake on Approach, a new feature for the Surface lineup, too. Wake on Approach simply sounds like Microsoft’s adoption of a feature already on the Dell Latitude 7320 Detachable and other Latitudes, which keeps the Windows Hello depth camera quietly scanning for movement. When it detects it, Windows Hello triggers to log you in. 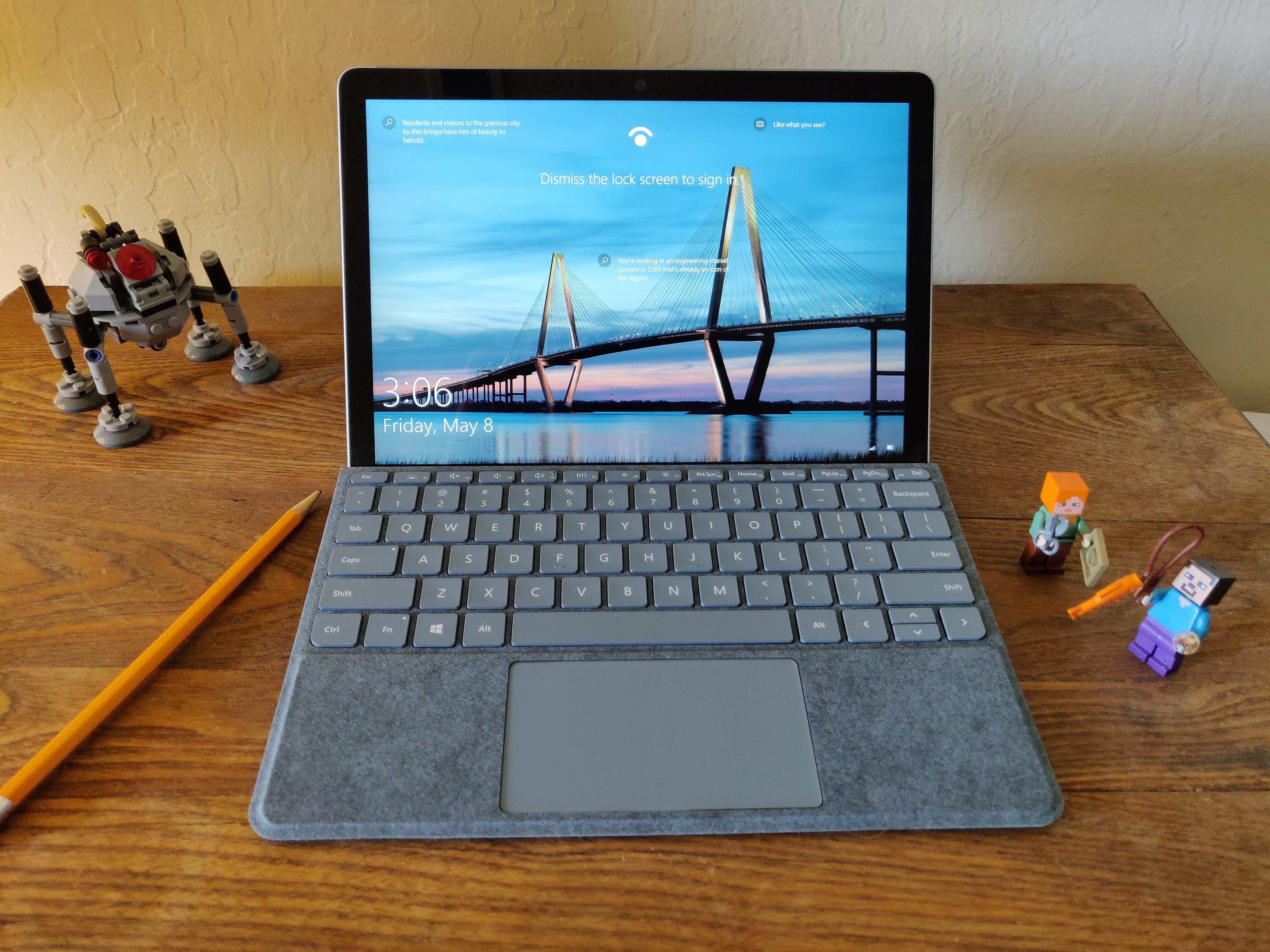 It’s fair to call the Surface Go line a niche: a small product with what we’d assume to be a small market. The upgrades here will either be a Core i3-10100Y or a Pentium Gold 6500Y inside, per reports. The latter is an Amber Lake chip, launched in the first quarter of 2021.

Anyone buying a Surface Go is buying it for its price and compact footprint, however, while simply hoping for performance that can keep up with the operating system and apps. With that said, our Surface Go 2 review shows a surprising amount of affection for the little tablet.

Likewise, don’t expect too much from a revamped Surface Pro X. Like the Surface Go, reports say that these devices could upgrade the (Qualcomm-powered) chips inside, but not much else. That’s not necessarily a knock against the original Surface Pro X, though we’d be very interested to see if the battery life improves, and whether Microsoft preloads it with Windows 11 for Arm. 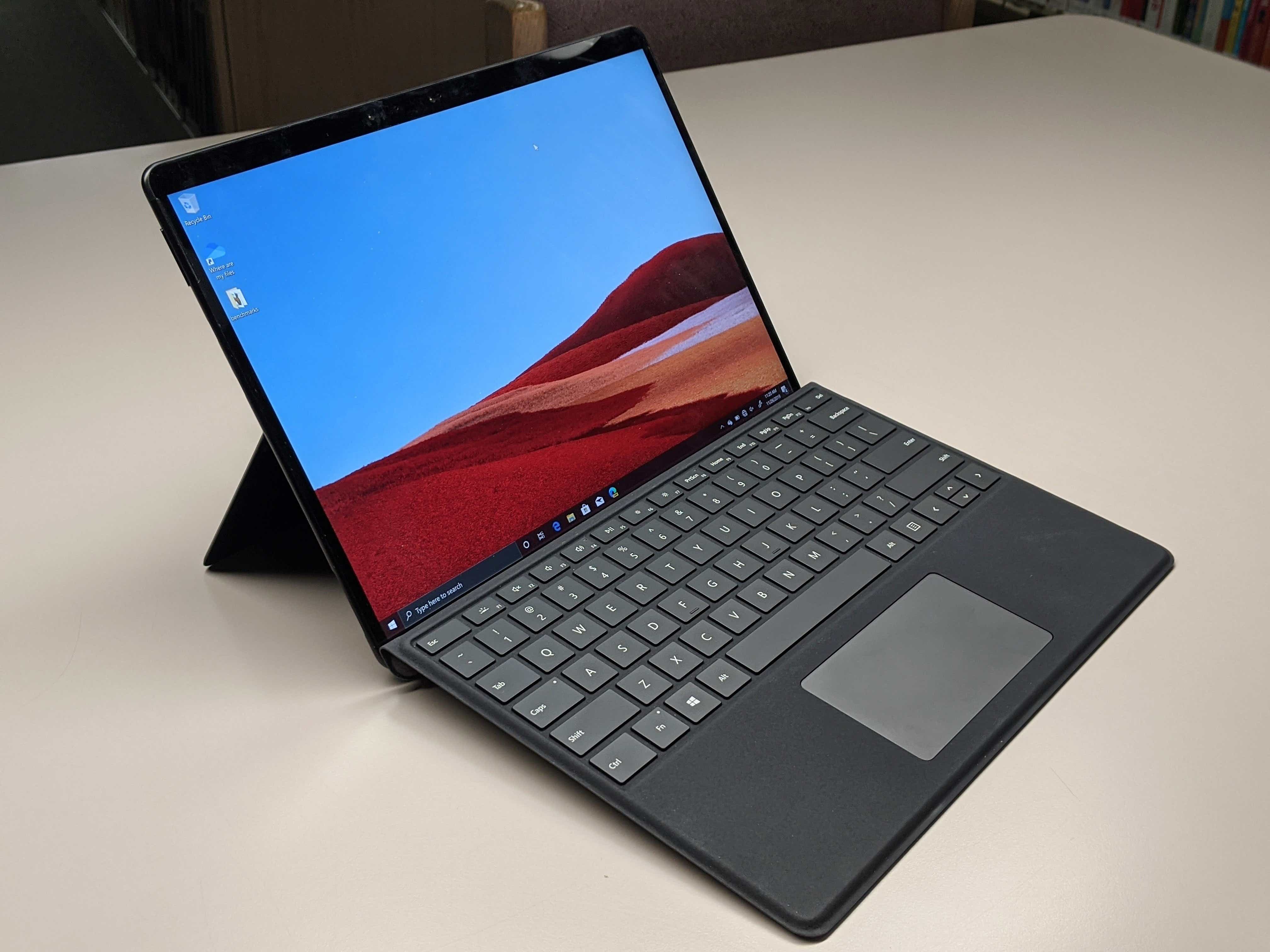 The Surface Pro X may also receive what Windows Central dubs a new haptic pen, which may offer some touch feedback while inking, in conjunction with the high-refresh-rate displays.

The wild card will certainly be the successor to the Surface Duo, a dual-screen phone that was teased by weeks of coy social media posts ahead of the launch, but didn’t sell well. In part, that was due to a subpar camera, lack of NFC for touchless payments, and lack of wireless charging. Windows Central reports that the first two aspects, at least, have been fixed.

The Surface Duo 2 is also expected to ship with a Snapdragon 888 processor inside, USB-C charging, and a slightly larger pair of 5.8-inch displays, possibly with a high refresh rate, according to Windows Central. It should come with Android 11, though as the Verge notes, Microsoft’s ongoing support for the device will need to make a big leap forward for the Surface Duo 2 to be successful. The original was notoriously unpolished.

We’ll see what happens when Microsoft kicks off its Surface event on Sept. 22 at 11 a.m. Eastern / 8 am Pacific.

Updated at 10:18 PM with a alleged leak of the Surface Pro 8 via Twitter.