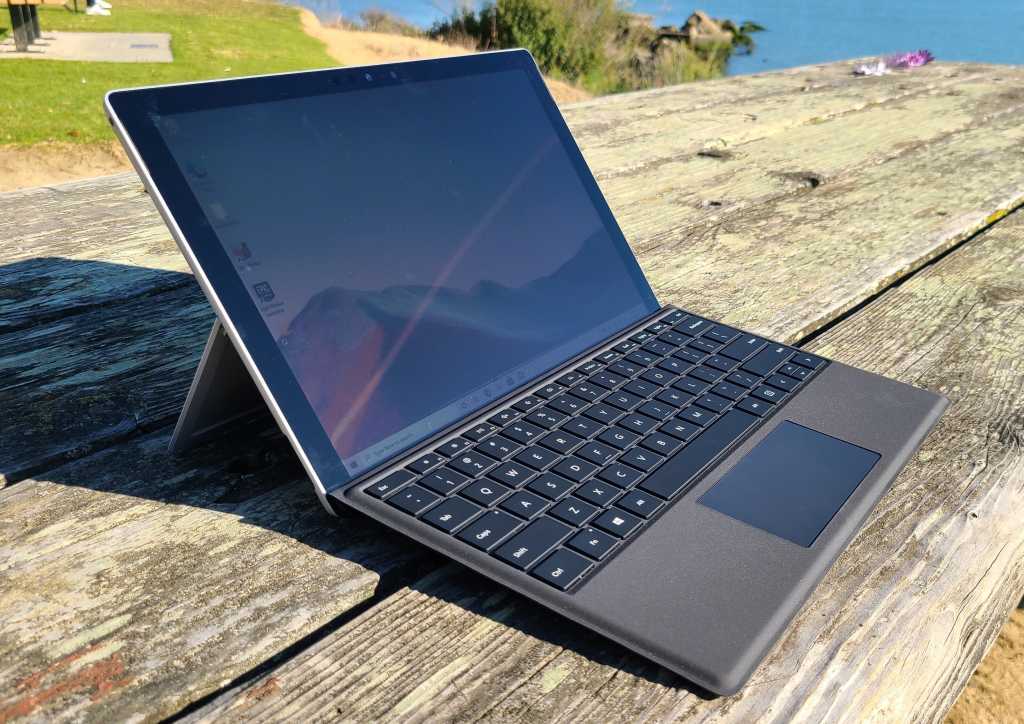 New Surface devices are expected to be revealed during a Microsoft event next week, and you know what that means: It’s the perfect time to pick up existing models at deep discounts as retailers attempt to clear their shelves for all the fresh gear. And today’s deal is a doozy. Best Buy is selling the entry-level Surface Pro 7 tablet for $599Remove non-product link, complete with a black Type Cover. That’s a whopping $360 off the MSRP for this bundle.

We gave the Surface Pro 7+ an Editors’ Choice award and a fantastic 4.0-star rating in our review, calling it “a durable, dependable tablet for the ages.” It’s also one of the best Windows 2-in-1 tablets you can buy period, besting a field of top-notch competition from the likes of Dell, HP, and Lenovo. Excellence like this can’t be found this cheap very often.

While we reviewed a rip-roaring configuration of the Surface Pro 7, the on-sale offering boasts much more modest hardware inside: A Core i3 processor, 4GB of RAM, and a 128GB SSD. That means this version will be best suited for straightforward office or student work. Slinging docs, editing spreadsheets, watching videos, and banging out email? This slate will shine. We wouldn’t recommend trying triple-A gaming or video encoding on it however.

If you’re looking to maximize your budget around pure processing firepower, you can find similarly-spec’d laptops going for hundreds less online. Those budget contenders can’t come close to the Surface Pro 7’s fit and finish though. Microsoft’s 2-in-1 offers 10 hours of battery life, a bright and beautiful display packed with 2736 x 1824 pixels, and the ability to work triple-duty as a tablet, drawing pad, and something close to a traditional clamshell laptop. Plus, this Core i3 model is entirely fanless, relying to passive heat dissipation to chew through tasks in utter silence.

Add it all up and snagging the Surface Pro 7 with a Type Cover for just $599 is a steal, even if it is the entry-level model. This is the perfect deal for hopping onboard the Surface Pro bandwagon without breaking the bank.