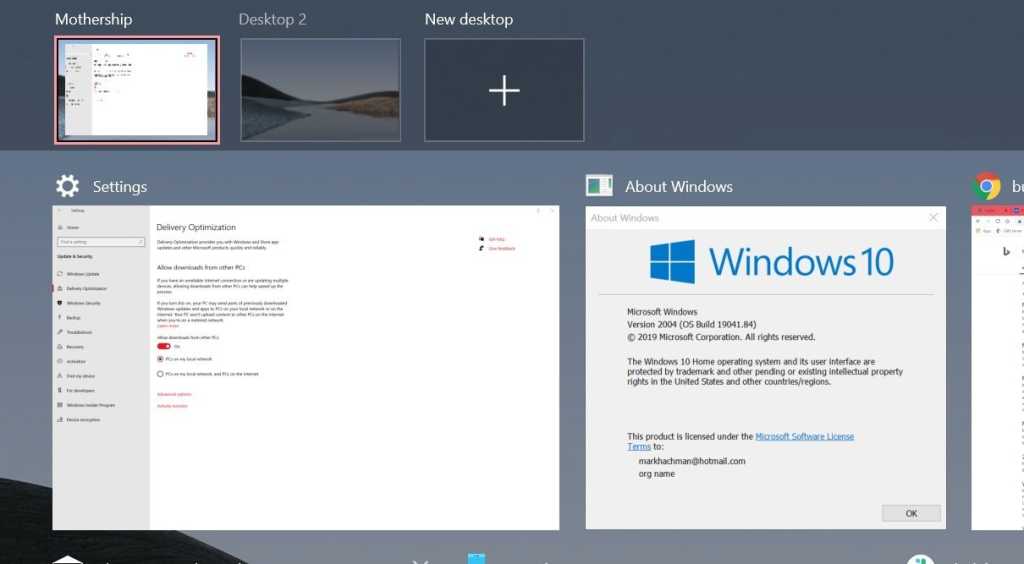 When Microsoft finally added virtual desktop support to Windows 10, my productivity instantly skyrocketed. Virtual desktops create secondary (and tertiary, and..) home screens for your PC, each running instances of its own software, that you can quickly hop between. They’re one of the best Windows 10 tools you may not even know about. But every time I profess my love for virtual desktops I inevitably get asked, “What do you use them for?”

I can only speak to my own experiences, of course. I like segregating my work software from my play software, to resist the allure of Discord and GeForce Now when I’m on the clock. Virtual desktops also come in handy if I’m working on several complicated projects at once—each one gets its own desktop. But don’t just take my word for it! Buried deep in a LifeProTips Reddit thread revolving around using Win + Shift + <arrow keys> to shift windows between your monitors (keyboard shortcuts rock, y’all), I found an interesting chain of comments where real people were sharing how they use virtual desktops.

Reddit user r0b0c0d kicked things off with a use case that mirrors my own. “[Virtual desktops aren’t] bad for focus if you’re disciplined about it, but I think it really shines when you have a multi-step project you’re working on that’s layout sensitive, or having to juggle a couple projects simultaneously.”

Ed_Vilon said using them should making running online Dungeons & Dragons campaigns much easier, which r0b0cod expanded on. “A lot of the time you have a ton of space being taken up by the actual online D&D tool, but you can also set up a whole desktop of relevant documentation, notes, etc., that can come up at a keypress, rather than shuffling windows. You could even stage documents for several encounters that way. Think of it as a way to very easily switch between groups of arranged windows.”

Anarchion uses virtual desktops to segregate types of tools, rather than discrete projects. “I use multiple desktops to organize applications based on activity,” they wrote. “Communication (Teams, Email, etc) on one desktop, coding on another (IDE, terminal, all the browser tabs), etc.”

Manycactus breaks out virtual desktop when legal research gets too complex for their ultrawide monitor. “Maybe I’ll need to compare an old version of a statute with the new one or compare one regulation to another. That will go into side-by-side windows in a separate desktop,” they wrote. “Maybe I’ll also need to track down some case law. I’ll start a new desktop and start collecting. Depending on my needs, maybe I’ll segregate my jurisdiction’s cases in one browser window, other jurisdictions’ cases in another window, and maybe I’ll put some secondary resources (e.g., dictionaries, treatises) in a third window. And if there are multiple topics, I’ll often research them in separate desktops.”

So there you have it: Five different ways that five different users (including yours truly) get more done with virtual desktops. If you stew on it a bit you might just come up with a unique use case for your own particular work flow—and you might just be blown away by how much time and hassle this feature can save. Our guide to using Windows 10’s Task View and virtual desktops explains everything you need to know to get started, step-by-step and keyboard shortcut-by-keyboard shortcut. Enjoy your newfound productivity!