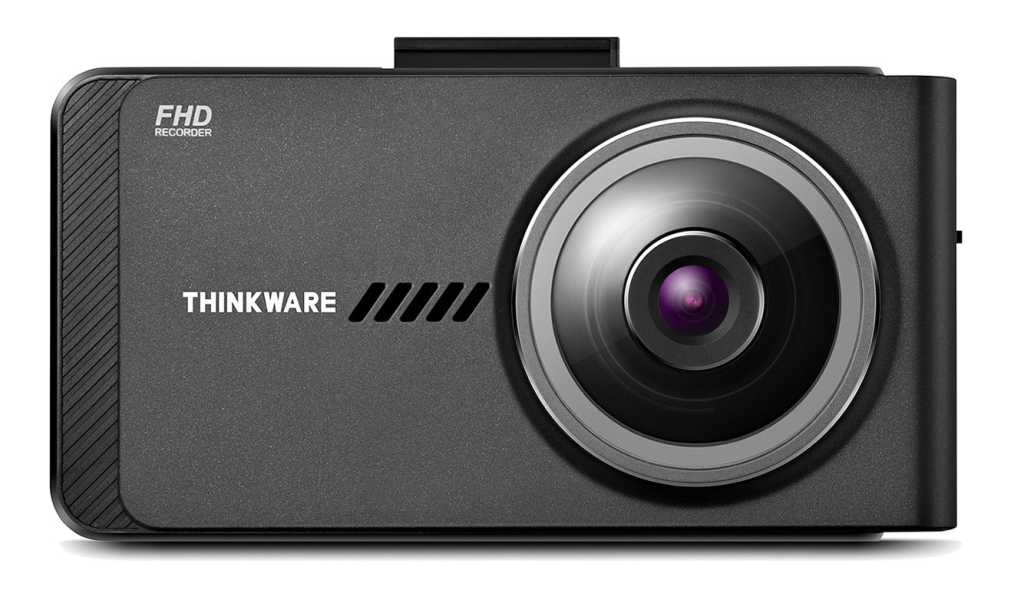 Thinkware
At a Glance

The X700 didn’t live up to the expectations we had of a top vendor such as Thinkware. It’s pricey and the GPS module is external, but worst of all is the dull, overly compressed video.

If there is such a thing as a venerable vendor in the dash cam market, it’s Thinkware. The company has been at it for several years, and generally been well ahead of the feature curve with things such as voice command and bad-driver aids. However, while the company’s $150 X700 is good-looking and features a touchscreen interface, the video looks highly compressed, and GPS is available only as an external option.

The downside of external GPS is yet another wire, meaning a slightly sloppier installation. The X700 has plenty of room for GPS, being just under four inches wide, two inches tall, and just over an inch thick at the lens, and there are plenty of dash cams at this price that come with GPS included.

However, there are none in the price range with GPS that feature a touch-enabled 2.7-inch color display, so that price is not actually out of line. It took running the calibration several times before it became truly usable for my calloused fingers, but touch on a dash cam makes a huge difference in usability. This is especially true at night, when it can be difficult to see the same-color-as-the-body buttons that most dash cams employ.

The only control of any type other than the display is the power switch just above the SD card slot on the camera’s left side. Nice.

Note: what the picture below doesn’t tell you is the ring around the lens on the front is a security light that will come on if the X700 senses a disturbance while it’s in its 2 frame per second parking mode.

The front camera offers a 140-degree field of vision, and it takes 1080p video. You’ll find sexier-sounding1440p and 2160p dash cams around, but without advanced optics and processing to back it up, the extra resolution is generally just a waste. The files are significantly larger and quite often, because the CPU has to work harder, there’s a lot more heat generated. I have seen some high-resolution video from dash cams that I like, but it fills up SD cards so quickly that I generally retreat right back to 1080p.

Thinkware uses a non-USB power cable. This may be more efficient (I don’t know that, I’m throwing the company a bone) but it’s also less convenient and harder to replace on the road than the usual micro/mini/Type-C other vendors use. It also forces you to use a SD Card reader to transfer video to your computer. The GPS and rear camera cables are three-lead 3.5 mm phone plugs, which aren’t as easy to replace either. Just keep track of them and all will be well.

The X700’s onscreen interface is easy to use and generally well organized, though if you’re new to dashcams it might take a while to suss out all the features. And as I mentioned up top, Thinkware is big on bad driver aids and includes its vehicle departure (the car in front of you has skedaddled while you dawdle), lane departure (you’re driving badly), and forward collision (slow down in a hurrydude!) warnings. There are also warnings for speed zones and safety (big brother) cameras. I suggest you turn them all off and drive responsibly in a calm and alert manner.

I’ve reviewed several Thinkware cameras, and while the video has always valued smooth over sharp with some artifacts, it seems to have gone from preference to obsession with the X700.

The camera does a very nice job with color and video stabilization (keeping the image steady over bumps), but details are muddled with heavily blended edges. It looks much as if it were overly compressed, however, the h.264 compression being used should still be able to deliver sharper detailed 1080p/29.97 fps video with the chosen 10Kbps stream rate.

Whether by choice or for technical reasons, video details are what a friend of mine would call soft and puffy. It’s generally usable, and not entirely unpleasant to look at from a distance, but up close… Judge for yourself from the captures below (click to enlarge).

The rear camera’s somewhat wide (for a rear camera), 125-degree field of vision caught the rear defroster wires as well as what was in back of the vehicle.

As you can see below, the X700 deals with headlight and streetlight flare pretty well. The image will show more detail if you add brightness, but the digits on the license plate directly in front actually become less distinct.

Note that my rear window wasn’t the cleanest it’s ever been (I did wipe it with a microfiber towel), but that’s not the sole reason for the blurry look and inability to distinguish the license plate numbers.

With the headlights on, surrounding detail was better, but the license plate was actually harder to read.

Glass half full, the X700’s video will do the job legally, but it’s absolutely not the dash cam I’d choose for documenting my travels.

Considering the price, it’s hard to recommend the Thinkware X700 over the competition given the not-so-sharp video and external GPS. On the other hand, the touch display is a joy to use, and everything just works. Thinkware is a known quantity in a sea of less-established vendors, and given the number of “failed after a couple months” reports I’ve been getting and seen in online reviews, that’s worth more than a little something. If you like the video, by all means. I’ll opt for sharper.