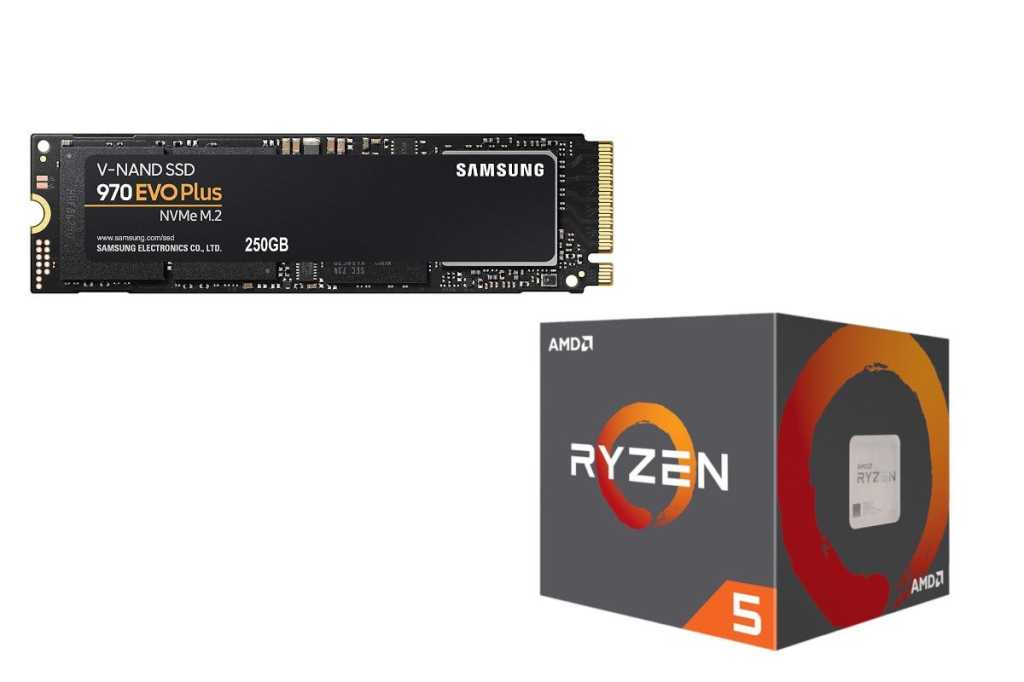 If you’ve been itching to get started on a new PC build, we’ve got you covered today. Over at Newegg, you can save $50 on a Ryzen 5 2600 while Amazon’s offering a fantastic 250GBNVMe boot drive for an all-time-low price.

First up, we have the Ryzen 5 2600 is $150 at Newegg with the checkout code EMCTYWT23Remove non-product link. The cheapest we’ve ever seen this processor is $145, so this price is tantalizingly close. This processor is a great all-around CPU with six cores, twelve threads and a 3.4GHz clock speed with a boost of 3.9GHz. Right now, you also get a free copy of Tom Clancy’s: The Division 2 and World War Z when you buy this processor as part of AMD’s 50th anniversary celebration.

Next up in this PC build special is the 250GB Samsung 970 Evo Plus M.2 “gumstick” SSDRemove non-product link at Amazon. This drive retails for $90 and we rarely see it for less than $85, so this easily the best price we’ve ever seen. To use this SSD you’ll need a motherboard that accepts M.2 drives, but most modern desktop boards do. The Samsung 970 drive uses the speedier NVMe interface making this a great choice for a boot drive, and if you’re a gamer there’ll be enough room for a few games too. We mentioned it as an “excellent alternative” in our best SSDs roundup.

If you don’t happen to have an M.2 slot or would like a little more storage, Newegg’s also selling a 500GB SanDisk Ultra 3D 2.5-inch SSD for $58Remove non-product link, which matches the best price we’ve seen. We gave this drive 4 stars out of 5 in our review and praised it for its speed, affordability, and TeraBytes Written rating.