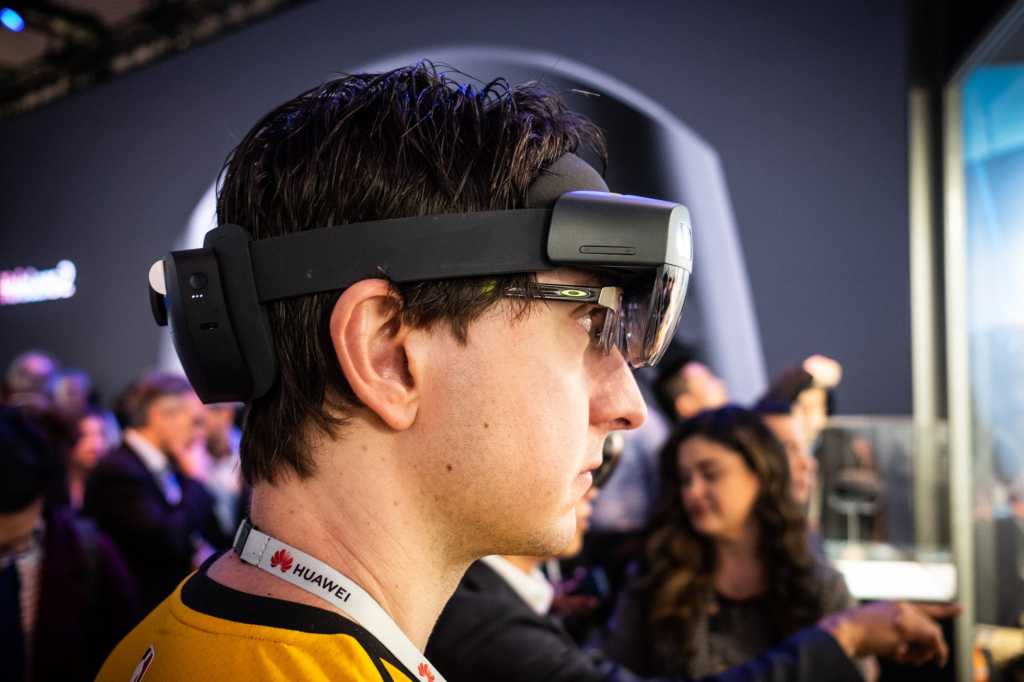 In February, Microsoft introduced the world to the HoloLens 2. Now, the company will be announcing at Microsoft Build that its augmented-reality device is generally available for developers, alongside software support for the Unreal Engine 4 SDK.

Technically, Microsoft’s announcing what it’s calling the $3,500 HoloLens 2 Development Edition, the version of the HoloLens 2 that it’s specifically marketing to developers to build up a software ecosystem around the device. A big part of that will be the Unreal Engine 4, which Epic Games CEO Tim Sweeney promised to deliver when the HoloLens 2 was announced at the Mobile World Congress in February. Sweeney has been extremely critical of Microsoft’s development practices in the past, so his endorsement is significant.

The HoloLens 2’s chief improvements are a field of view that’s more than double that of the first-generation HoloLens, or about 2,000 pixels per eye. The way in which the user interacts with augmented-reality “holograms” has also improved, including a 10-point virtual “touch” model, as well as the ability for holograms to follow the user rather than being pinned to a specific area of virtual space. It’s all based on a Qualcomm Snapdragon 850, with a higher-resolution camera and a high-speed 802.11ac wireless interface connecting it to the Internet.

Microsoft will charge developers either a one-time fee of $3,500, or else allow them to essentially lease one for $99 per month. Microsoft will also toss $500 Microsoft Azure credits and free three-month trials of Unity Pro and Unity Pixie Plugin for CAD Data.

Microsoft may have wowed us initially with HoloLens experiences that were games. But rather than a gaming device, Microsoft sees the HoloLens 2 as part of the “intelligent edge,” smart devices that still can tap into Microsoft’s Azure cloud to become even smarter. A developer could still adapt their own entertainment application for use on the HoloLens 2, but there’s far more chance that, say, a technician will use the HoloLens to repair a remote monitoring station than for you to play the next iteration of Doom. Phone AR may be the wave of the future, but the HoloLens 2 is worth watching—if for nothing else than because it’s just plain cool.