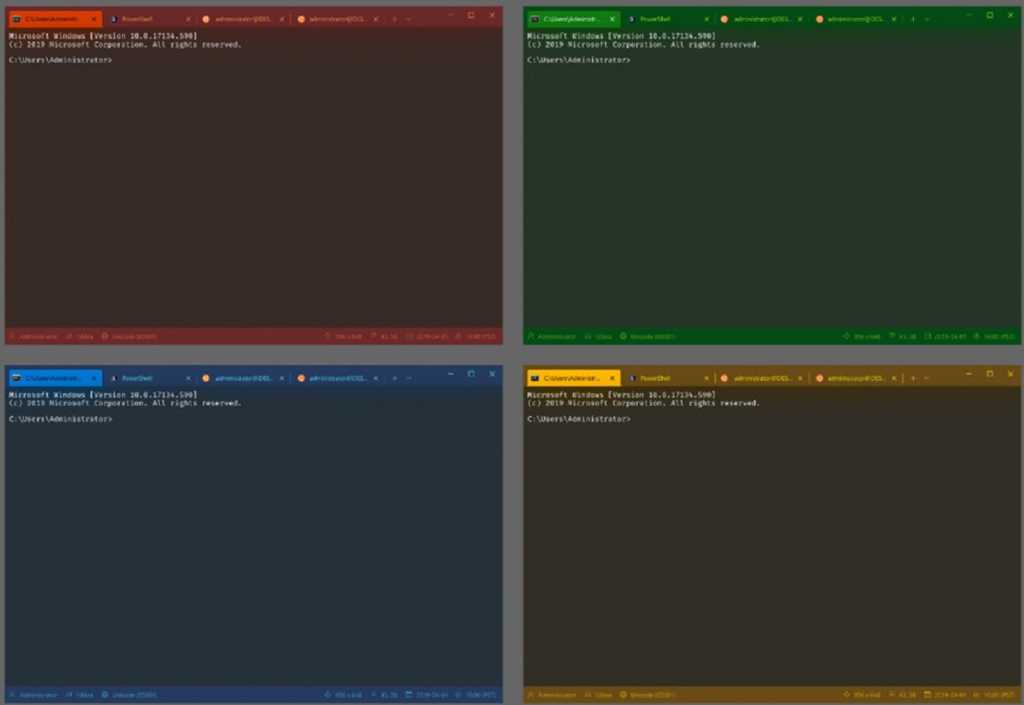 Microsoft is preparing an updated Windows Terminal application, alongside an updated Windows Subsystem for Linux, for power users who enjoy diving into the guts of the operating system. Interestingly, the Linux subsystem now includes a full virtualized Linux kernel.

When Linux arrived on the Anniversary Edition three years ago, it was considered one of the more revolutionary aspects of Windows—a surprising embrace of the open-source operating system that Microsoft had once resisted.

Microsoft unveiled both updates at Microsoft Build, its developer conference in Seattle. Microsoft said a preview of the Windows Terminal app is currently available, while the first WSL 2 preview will be available later this year.

Though both interfaces are typically predicated upon the command line, the new Terminal app looks more like Windows and the Edge web browser. There are—gasp!—tabs, just like Edge. There are tear-away windows. The new Terminal app also includes East Asian fonts, emojis and ligatures, plus support for themes and extensions, Microsoft said.

The same technology is built within Azure, Microsoft said, and will reduce boot time and lower memory use to reduce its impact on the system. “WSL 2 also improves filesystem I/O performance, Linux compatibility, and can run Docker containers natively so that a VM is no longer needed for containers on Windows,” Microsoft said. Those will be achieved via patches Microsoft created.

The WSL kernel will be open sourced, Jack Hammons, a program manger in the Linux Systems Group at Microsoft, wrote. (Hammons explained more of the WSL changes and their relationship to open source in his blog post.)

“The WSL kernel will be built using Microsoft’s world-class CI/CD systems and serviced through Windows Update in an operation transparent to the user,” he wrote. “The kernel will stay up to date with the newest features and fixes in the latest stable branch of Linux. To ensure the provenance of our sources we mirror repositories locally.”

This story was updated at 9:45 AM on May 7 with more detail.