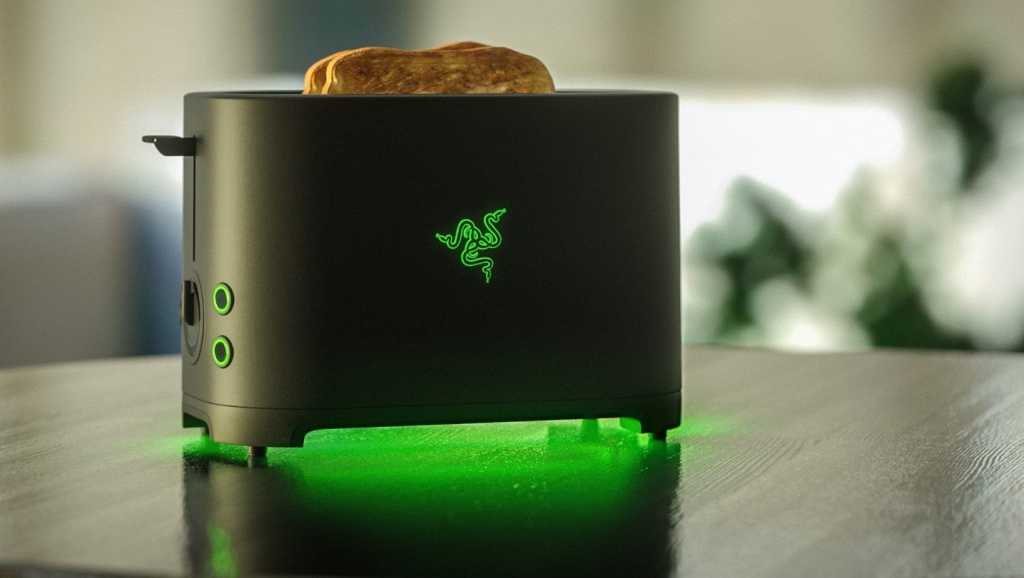 You knows it’s a great (terrible) news week when the headline involves both Razer and Sonic the Hedgehog, in ways both repulsive and alluring. You’ll find details on both below, plus Epic’s acquisition of Rocket League, Madden’s continued return to PC, a Saints Row movie adaptation with some big names attached, and more.

World of Goo helped launch Humble way back in 2010, appearing in the first-ever Humble Bundle. In a way it’s helping launch the Epic Games Store now as well, as Epic’s newest free game offering. It’s hard to imagine anyone not owning World of Goo by now, but if you somehow missed out on this classic puzzler for the last decade you can grab it for free here anytime before May 16, when it’ll be replaced by the excellent Stories Untold.

Then there’s Star Citizen. Yes, Star Citizen, and no it’s still not released. If you’ve been looking to check out the alpha though, you can grab the client, enter the code “GETINTOTHEVERSE” and play for free from now until May 8. Or you can wait for the full release in 2028 or whatever.

Good news, football fans. It looks like Madden NFL 19 did well enough on PC to justify bringing the series over again this year. August 2’s the date, and EA released a brief live-action reveal trailer this week. The YouTube description also has a few scant details about the campaign, which will see your quarterback go from college athlete to professional. No word yet whether it’s as heavily story-oriented as the last two outings though.

Epic continued throwing around that Fortnite money this week, in a big way. Perhaps in response to all the people saying “It’s okay if Valve or EA have exclusives because they own those games,” Epic went out and bought Psyonix, developer of Rocket League.

Though on that note, Epic exclusives Borderlands 3, Dangerous Driving, and Metro Exodus are now for sale on Humble as well, making Humble a de facto Switzerland between Epic and Valve.

There’s bizarre movie news this week, as Deadline got wind of an upcoming Saints Row movie adaptation. And that alone is weird enough, given we haven’t seen a proper Saints Row game in six years, but then the article went on to say that it’s being headed up by Straight Outta Compton director F. Gary Gray. Since then Gray’s directed Fate of the Furious and that new Men in Black movie so maybe it’s not such a weird fit, but…still.

Anyway, here’s hoping they can get Biz Markie on the soundtrack. Or Aerosmith.

But somehow the Straight Outta Compton director taking on Saints Row isn’t even the weirdest film/game crossover news of the week. See, we got the first Sonic the Hedgehog trailer, and it was—predictably, I might add—terrible. We knew this. We’ve known it would be terrible for months. Even I wasn’t prepared for Sonic to have human teeth though.

So anyway, that trailer released and it was awful (albeit entertainingly so) and we all moved on with our lives. And then, with a mere six months until the movie’s supposed to release, director Jeff Fowler took to Twitter to say “The message is loud and clear…you aren’t happy with the design & you want changes. It’s going to happen.” Yes, six months out they’re going to completely redo Sonic’s model, then re-render the entire film and presumably do this in time to run a brand new marketing campaign sometime in September or October.

It’s just unbelievable. Such a high-profile boondoggle, and one that seems like it could’ve been easily avoided by asking…well, pretty much anyone what they thought of the design earlier in the process. My heart goes out to the animators who are now stuck rebuilding this entire film in record time as well—coincidentally, the only significant part of the filmmaking process unprotected by unions.

Blood on the sand

Oddly enough, Sonic isn’t the only one getting a full-scale overhaul based on early footage. Bloodstained: Ritual of the Night, the oft-delayed Castlevania spiritual successor, put out a trailer this week that confronts similar complaints head-on, pulling tweets and forum posts from last year taking aim at the lighting and art design. Then it segues into a comparison of the old and new art, with the old art labeled “Poop” on at least one occasion. Even more surprising: It’s releasing soon! After a million-and-one delays, Bloodstained finally locked in a June 18 release date.

Reach for the sky

It’s confirmed, Halo Reach’s first PC tests won’t happen in April. After all, it’s May 3 and…still no Halo. 343’s latest update reads “This is a really complicated project and we all agree that quality trumps everything else and we need to bring Master Chief Collection to PC at the bar Halo fans and PC players expect and demand. That’s turning out to be more challenging than first anticipated in some aspects while there’s been great progress and work done in plenty of other areas.” Standard delay stuff really, and there’s no new target. Maybe May? Maybe June? We’ll keep you updated.

Razer wins the coveted “Weirdest News of the Week” award though, announcing this week that it will create a Razer-branded toaster. The idea started life as an offhand joke circa 2013, which prompted a Facebook page called “Give us the Razer Toaster.” Then in 2016 Razer adopted it for its April Fools joke, with a toaster mockup called Project Breadwinner. Since then, apparently a dozen people have received Razer toaster tattoos, prompting a reply from Razer’s Min-Liang Tan this week:

”I’m going to put together my team of designers and engineers. It will take a few years but I’ll be sure to share the progress and make it a community affair.

Sometimes the fans demand an entire film be remade in the span of six months. Sometimes they demand toasters. The system works, people.