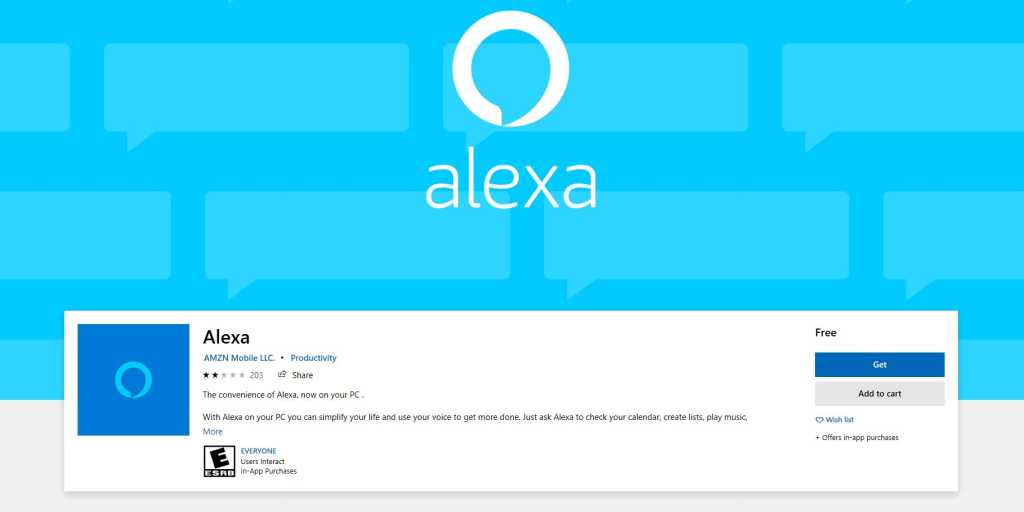 Naysayers may criticize Microsoft’s Cortana for her lack of features, but Microsoft Windows users face an unexpected dilemma: Now that Amazon’s Alexa app supports wake words on Windows 10, do you really want two assistants listening in?

As of last August, Amazon Alexa automatically was paired up within Windows 10’s Cortana to assist with select chores. Try it yourself: Tell Cortana to “launch Alexa” and you’ll have access to Amazon’s app for shopping and general queries. Tell her to “buy paperclips,” for example, and Alexa will either add a card to your checkout page or, presumably, buy the item if you already have a history with it. Task completed, Cortana takes charge once again.

There was also a second option: the Amazon Alexa app itself, available from the Windows Store. But that required typed commands, making it far less useful than, say, an Echo Dot.

As of today that’s changed. Now, according to Amazon, if you download and install the Alexa app, the app will always be listening in the background, awaiting a wake word—no need for Cortana to intervene.

Is this a problem? If you’re Amazon, it isn’t. But Amazon’s timing is interesting, given that Geoff Fowler, tech columnist for The Washington Post (owned by Amazon CEO Jeff Bezos) just detailed a laundry list of his own privacy concerns, including mistaken Alexa “wake words,” the archiving of years of recordings, and initiatives by the California legislature to block recordings without consent.

You certainly don’t have to use Amazon’s wake word, of course. And you can keep going back and deleting Amazon’s stored recordings. Windows, for its part, also listens for “wake words” for Cortana, if you’ve enabled that feature. But Windows builds its privacy settings right into Windows (Settings > Privacy), while you have to know where to look within Amazon, as Fowler points out.

It’s almost an existential question, though. If you’re concerned about digital assistants listening in, maybe you’ve already refused to buy an Echo Dot or Google Home. But if you’ve tried to straddle that line between using Alexa while also restricting access, be advised: The line has moved a bit more in Amazon’s favor.