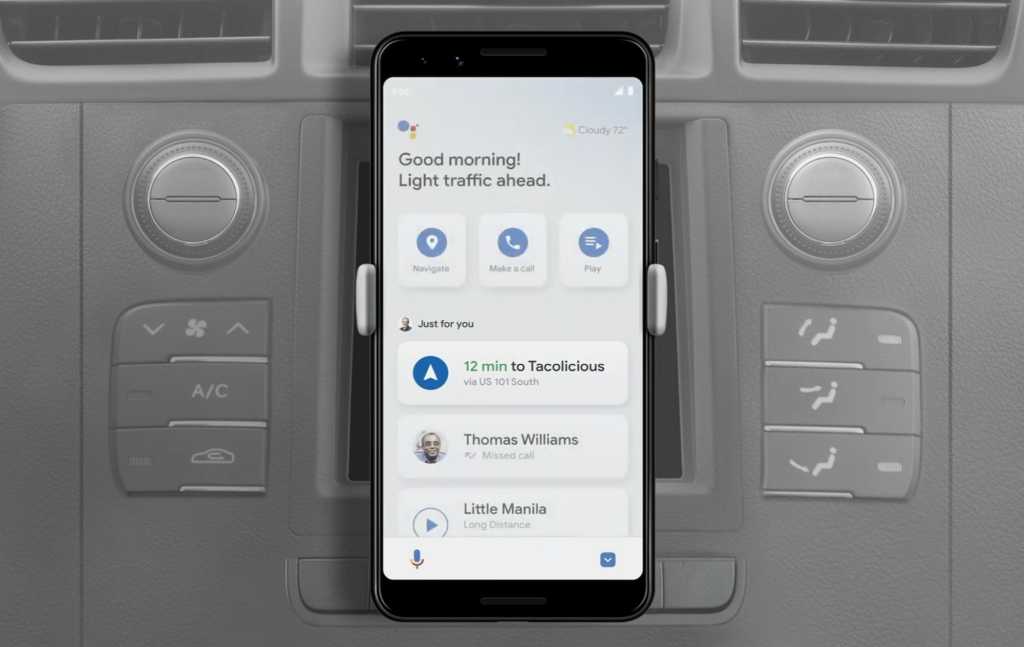 The secret sauce? Moving Google Assistant’s processing from the cloud to your device. CEO Sundar Pichai claims that the company managed to condense Assistant’s speech recognition models from 100GB in size all the way down to a mere 50MB, letting it run directly on your phone. “This breakthrough enabled us to create a next-generation Assistant that processes speech on-device at nearly zero latency, with transcription that happens in real time, even when you have no network connection,” Google crowed in its announcement post.

Google says the shift allows Assistant to process your commands and requests up to 10 times faster than before. Paired with the software’s Continued Conversation feature, which allows you to converse naturally with Assistant without the need to repeatedly utter wake words, and enhancements to how Google’s technology can understand the context of your requests through the lens of the people, places, and events most important to you, this core Android feature now operates much faster than you’d ever expect it to.

In an extensive on-stage demo, a Google employee blew through a rapid-fire list of requests and commands, and Assistant handled them all masterfully, leaping from app to app and understanding the context of requests like “Get a Lyft ride to my hotel” and “when’s my flight?” The company also showed how the next-generation Assistant can help you quickly find specific photos to include in texts or even composing and sending emails for you, all in mere seconds.

The supercharged technology revolves around the deeper understanding that the next-gen Google Assistant has into your life via a new Personal References setting. And fear not, privacy nerds: Google says that “You always have control over your personal information, and can add, edit or remove details from the ‘You’ tab in Assistant settings at any time.”

It’s seriously, seriously impressive stuff. Again: Watch the demo. Siri has nothing on this.

Google says the next-generation Assistant is coming to Pixel phones—including, presumably, the newly announced Pixel 3a—later this year. Sadly, there’s no timeframe on when (or if) these paradigm-shattering improvements will come to the wider world of non-Google-y Android phones.

That’s not the only way Google’s supercharging Assistant. Its enhanced contextual awareness expands to the new Nest Hub Max and other smart displays with a fresh feature called “Picks for you” that will recommend personalized recipes, podcasts, and more depending on the time of day and your prior searches. And starting today, you can just say “Stop” to deactivate a timer or alarm that’s blaring in your ear.

Google is also adding a new driving mode that focuses on voice controls and your most commonly used apps to minimize the time your hands are away from the wheel. It launches whenever you connect to your car’s Bluetooth or utter “Hey Google, let’s drive.” Google Assistant’s knowledge of your life will also carry over into your automobile, the company says:

“It includes suggestions tailored to you, so if you have a dinner reservation on your calendar, you’ll see directions to the restaurant. Or if you started a podcast at home, you can resume right where you left off from your car. If a call comes in, the Assistant will tell you who’s calling and ask if you want to answer, so you can pick up or decline with just your voice.”

Speaking of voice, the Assistant-powered “Duplex” technology that uses AI to automatically book reservations for you over the phone is coming to the web as well. Duplex on the web isn’t just rehashing Chrome’s saved-forms feature; it can intelligently pull information from your Calendar events, Gmail, and even your saved payment details to do all the necessary paperwork for you. “Just ask the Assistant, ‘Book a car with National for my next trip,’ and it will figure out the rest,” the company says. Look for it to arrive later this year.

Bottom line: Google Assistant knows what you did last summer, and what you’re doing for dinner tomorrow, and it wants to leverage that information to make your life effortlessly easier. Apple’s WWDC developer conference kicks off just about a month from now, but it’s hard to envision how Siri will be able to match the next-gen Google Assistant’s imposing arsenal of context-aware features.