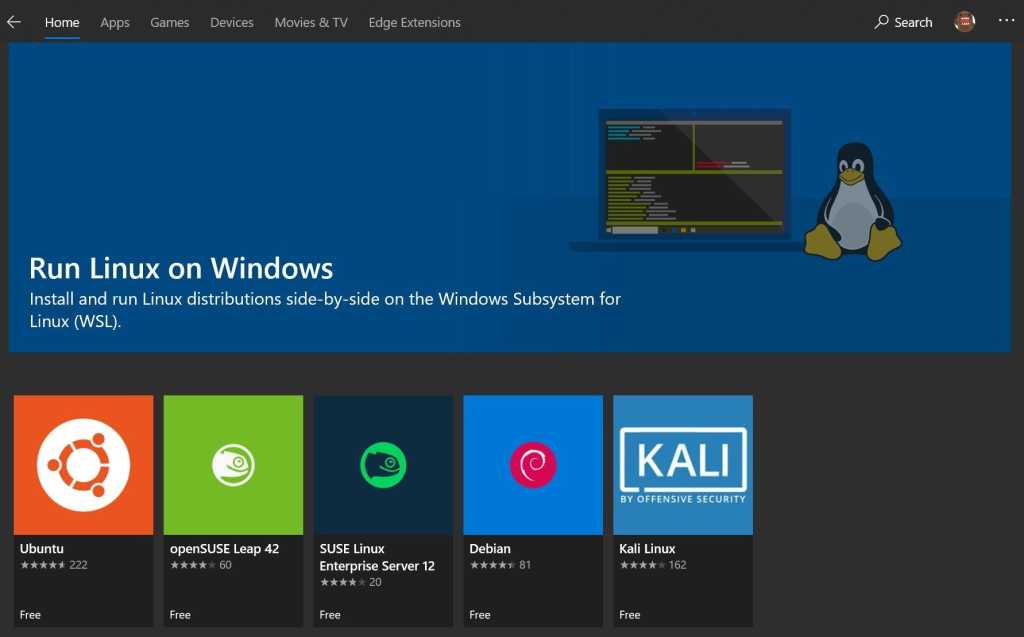 After years of endless jokes, 2019 is truly, finally shaping up to be the year of Linux on the desktop. Laptops, too! But most people won’t know it. That’s because the bones of the open-source operating system kernel will soon be baked into Windows 10 and Chrome OS, as Microsoft and Google revealed at their respective developer conferences this week.

Microsoft is overhauling its Windows Subsystem for Linux, which surprisingly debuted in the operating system three years ago. It allows users to run the iconic Bash application and other Linux software via the command line, but because it relies on emulation, performance often suffered.

The cleverly named Windows Subsystem for Linux 2, announced at Microsoft’s Build event this week, shakes things up by shipping a full Linux kernel (version 4.19) within Windows itself as a lightweight virtual machine. Doing so should supercharge performance for developers who use the tool.

“This same kernel is technology used for Azure and in both cases helps to reduce Linux boot time and streamline memory use,” Microsoft corporate vice president Kevin Gallo said in the announcement post. “WSL 2 also improves filesystem I/O performance, Linux compatibility, and can run Docker containers natively so that a VM is no longer needed for containers on Windows.”

A companion post by Craig Loewen, the program manager for the Windows Developer Platform, filled in more details. “File intensive operations like git clone, npm install, apt update, apt upgrade, and more will all be noticeably faster,” he wrote. “The actual speed increase will depend on which app you’re running and how it is interacting with the file system. Initial tests that we’ve run have WSL 2 running up to 20x faster compared to WSL 1 when unpacking a zipped tarball, and around 2-5x faster when using git clone, npm install and cmake on various projects.”

Those are impressive jumps indeed, with the bigger 20X improvement numbers fueled by changes in how the Windows Subsystem for Linux’s file system management behaves. It’ll be interesting to see how WSL2’s performance holds up in the real world when it ships later this year. Microsoft’s also planning to release a jazzed-up Windows Terminal to run your Linux commands, complete with tabs and the sexiest trailer for a command line tool that I’ve ever seen:

Linux software on all Chromebooks

Chromebooks have been intertwined with Linux since their inception. Chrome OS is built atop Linux, so you’ve been able to install Linux on Chromebooks for years. In 2018, Google added the ability to run Linux applications on Chromebooks by moving to a beta channel. That capability has been limited to specific Chromebooks, however—but not for long.

During its Google I/O developer conference this week, Google pledged that going forward, all Chromebooks will be able to run Linux apps, regardless of whether the processor inside was built by Intel, AMD, or ARM, ZDNet reports. You’ll be able to run terminal commands and even graphical applications like GIMP and LibreOffice, right from inside the standard Chrome OS interface. Giggity. How-To Geek has an excellent explainer on how to coax Linux software into running on compatible Chromebooks today.

Get this: Chromebooks also support Android apps, as Google’s mobile operating system is also built on Linux. Which means that developers could run software from three different operating systems at the same time on a Chromebook. So much for the stigma of Google-y laptops being glorified web browsers.

There you have it: Between lurking in Windows 10 and Chrome OS, and the tiny portion of actual Linux distro installs, pretty much any PC you pick up will run a Linux kernel and Linux software. Macs won’t, but it’s based on a Unix-like BSD system that already runs many Linux apps with relative ease (hence Apple’s popularity with developers).

You have to wonder where that leaves proper Linux distributions like Ubuntu and Linux Mint, though. They already suffer from a minuscule user share, and developers may shift toward Windows and Chrome if the Linux kernels in those operating systems get the same job done. Could this fruit wind up poisonous over the long term?

We’ll have to see. That said, Linux is healthier than ever. The major distros are far more polished than they used to be, with far fewer hardware woes than installs of yesteryear. You can even get your game on relatively well thanks to Valve’s Proton technology, which gets many (but not all) Steam games working on Linux systems. And hey, Linux is free. If you want to dip your toes into the open-source life, be sure to check out our beginner’s guide to Linux. The world’s headed in that direction anyway, it seems.

Normal users may never be aware of it, but 2019 may finally be the year of Linux on the desktop—just not Linux operating systems on the desktop.