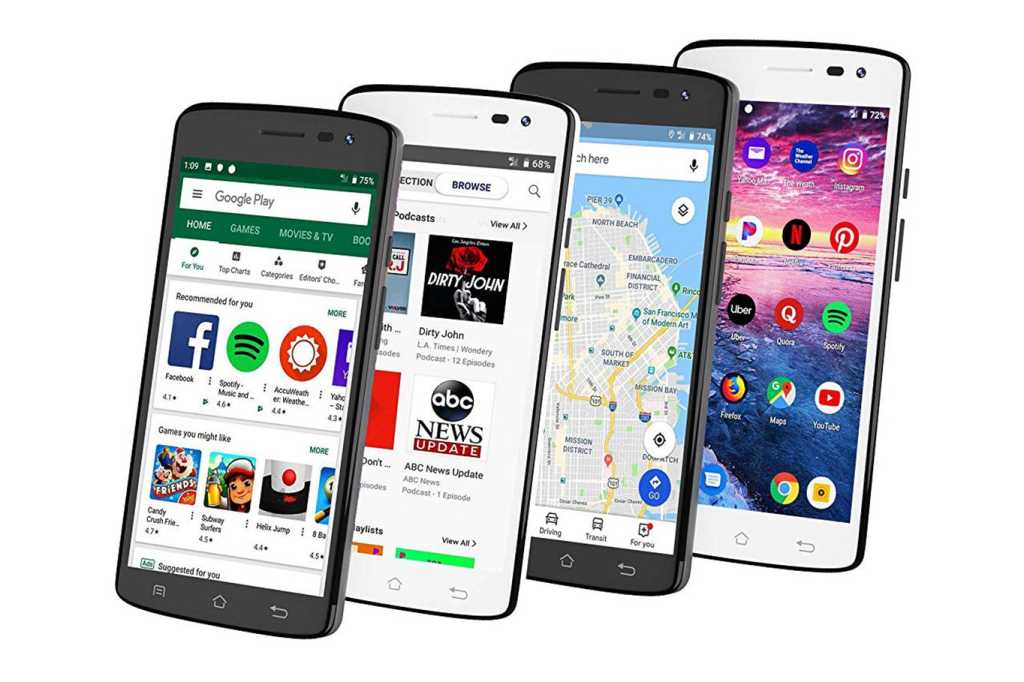 If you though RCA and its red-and-white cables died in the 90s, you’d be mistaken. In fact, the company is celebrating its 100th anniversary with an Android phone that’s about as vintage as the company itself.

The RCA Q2 has a 5-inch HD display with “quad-core processing power,” 2GB of RAM and 16GB of storage. It has a 2,200mAh battery and an 8MP rear camera. According to the box, it also has an FM radio built in, as well as a flashlight—since that’s obviously a selling point in 2019. It does run Android 9 Pie, however, so that’s a plus.

It also has a headphone jack because RCA. But if you ask me, it missed an opportunity to include a phono connector. Now that would’ve been cool.

As you might guess by reading those specs, the design looks like a recycled Galaxy S1. It has giant bezels all around the screen, capacitive buttons, and a micro USB charging port on the top of the device. Around the back you’ll find a plastic shell in either white (with a red RCA logo) or black (with a silver one) and a camera bump. For a single 8MP lens.

RCA says the Q2 is “presented in RCA’s centennial anniversary-themed packaging,” and comes with a protective case, charging cable cord, headphones, a USB cable, and an attached screen protector.

The Q2 is unlocked and compatible with AT&T and T-Mobile, and is available through Amazon beginning May 17. Anyone who orders one before June 30 will receive an additional $5 off.

Why this matters: It really doesn’t. The sub-$100 smartphone space may be filled with outdated and underpowered Android phones, but most of them have at least one reason to buy them—an aluminum frame, big battery, fingerprint sensor, something. The Q2 has nothing to hang its hat on other than Android 9, and based on the screenshots it looks like RCA has slapped a pretty heavy skin on top of it.