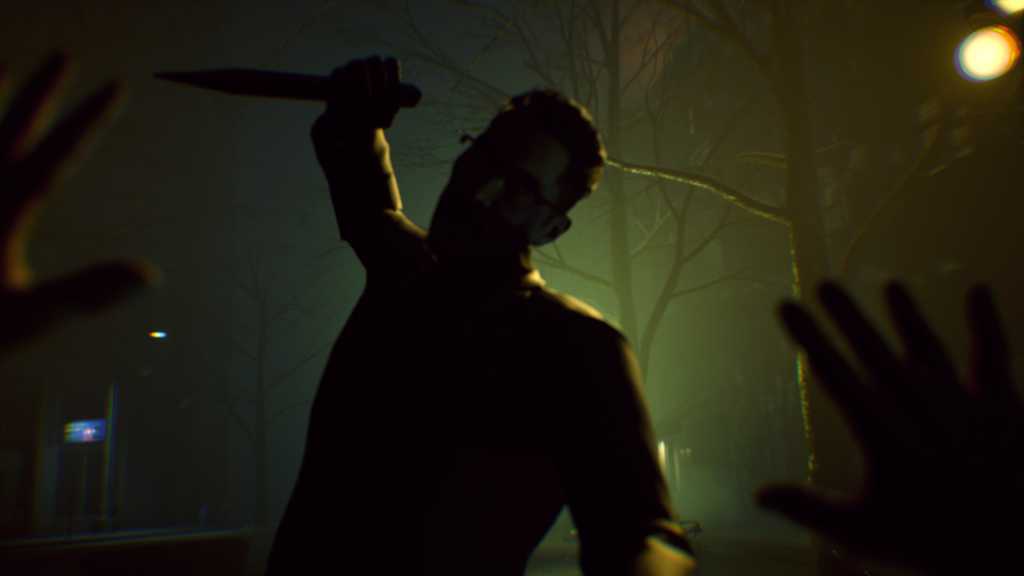 That news, plus Ubisoft delays one game and jokes about another, a second Vampire: The Masquerade game is announced, World of Warcraft Classic opens beta signups, Metro details its two expansions, and KFC gets put in its place by Respawn. Sigh.

It’s basically summer, which makes this timing a bit funny—like buying a winter coat on-sale at the end of the season—but if you’re longing for the slopes and need something to tide you over until next fall, Steep is currently free through Uplay. That’s Ubisoft’s ski/snowboard/wingsuit/paraglide simulator, if you need a refresher. Released in late 2016, I played it for an hour or two back then and found it a bit stiff, but it’s hard to fault free. You can nab your copy here, anytime before May 21.

There’s plenty more Ubisoft news this week, so let’s get right into it. First up, Skull & Bones is delayed yet again, this time to some indeterminate date. Pretty surprising, given I had a hands-on demo with it at E3 2017. Word is, it won’t even show up at E3 this year, which sounds dire indeed.

That said, it’s probably for the better. Last time I played, it was less the Assassin’s Creed IV: Black Flag spinoff I wanted and more a combat-centric multiplayer game featuring that same ship combat. Maybe the delay indicates a Sea of Thieves-style world is being built out, albeit grounded in the more realistic Assassin’s Creed art style. That…might be interesting. Maybe.

On a more positive note, The Division II’s first eight-player raid went live this week. Dubbed “Operation Dark Hours,” it adds a Black Tusk-controlled version of what I assume is Washington DC’s Reagan National Airport to the game. The first team to beat it did it in just over five hours, so get ready for a real slog if you choose to attempt it—and I hope you have plenty of very dedicated friends, because unfortunately for us loners there’s neither matchmaking nor a built-in looking-for-group feature. Not yet, at least.

Closing out this week’s Ubisoft news, a creative director named Julian Gerighty tweeted about the existence of a new Splinter Cell game this week before Ubisoft quickly covered with uh, “Julian was obviously joking.” No seriously, that’s the statement Ubisoft gave to PC Gamer.

It seems like an odd thing to joke about given the frenzied rumors kicking around, but then again EA’s entire Instagram is full of Skate 4 comments so ‘tis the season and all. Check back here next month to see whether a new Splinter Cell exists, I guess—and whether Julian Gerighty is working on it. That’d be a laugh.

I’ve been eagerly awaiting SteamWorld Quest on PC ever since its Nintendo Switch debut last month. I loved SteamWorld Dig 2, and the buzz I’ve heard about this Slay the Spire-esque adventure from Switch-toting friends is positive. Luckily we won’t have to wait much longer, with Image & Form nailing down a May 31 release date, or a mere two weeks from now.

We already knew Netflix was working on a Stranger Things game, even after Telltale’s demise last year. But apparently there are more adaptations in the works, or at least that’s the implication as Netflix confirmed it’s hosting a panel during E3 this year, and tweeted there’s “more to come” regarding game announcements. I’m struggling to think of other Netflix properties that would make for good games, but uh…a She-Ra RPG? A Crazy Taxi sequel where you’re actually Jerry Seinfeld and you like coffee a lot? Her Story, but it’s Mindhunter? Rock Band, but it’s only Motley Crue tracks?

I guess we’ll find out soon.

Vampire: The Masquerade – (Not) Bloodlines

Vampire: The Masquerade – Bloodlines 2 might be sucking up all the headlines lately, but it turns out there’s another game in development right now, this one from The Council developer Big Bad Wolf. Given that The Council played like a Telltale game of sorts, I’d expect this Vampire: The Masquerade game to be heavier on dialogue, lighter on action than the one in development at Paradox. Color me intrigued, even if The Council sort of fell apart midway through.

And publisher Bigben also announced this week that it’s poached Cyanide’s Werewolf: The Apocalypse game from Focus as well, making for three games in development using the World of Darkness setting. There’s nothing to see but a logo in the reel below, but hey, cool to see Bigben ramping up its catalog.

Okay, this is Bloodlines

Speaking of Vampire: The Masquerade – Bloodlines 2, Paradox put out another animated trailer, this week showcasing the Toreador clan. These are the sexy ones, if you’re curious.

World of Warcraft is 15 years old in November, if you can believe it. I can’t. But to celebrate this venerable landmark, Blizzard announced this week that it will release World of Warcraft Classic on August 27, giving you plenty of time to prepare an in-game celebration with all your closest friends. Better still, a closed beta kicked off this week, and you can register for the chance to be accepted into it here. I’ve got little desire to head back into that grind myself, but for those of you pining for the good old days? Well, may your Core always be Molten or whatever.

And in modern World of Warcraft…well, this new cinematic certainly makes it look like Thrall might be coming out of retirement.

Metro Exodus released three months ago and I’d honestly forgotten expansions were coming. I don’t know why, since Deep Silver sold an expansion pass with the more expensive versions of the game, but the post-release quiet had given me a sense of closure. The silence ended this week though, as Deep Silver detailed the two expansions headed Metro’s way in 2019/2020. The first, “The Two Colonels,” stars a Colonel Khlebnikov, and sounds like it’ll take place in an actual subway system rather than the more open maps of Exodus. The second is titled “Sam’s Story,” and will follow Spartan Ranger Sam, the sole American of the group, as he tries to return to the US of A.

And hey, for those holding out for a Steam release next year? The DLC will probably be there the same day as the core game. It’s (almost) like not waiting at all.

Total War: Three Kingdoms is out next week, and I’ve barely gotten to dip my toe into it. Time waits for no reviewer though, and as such there’s a launch trailer focusing on Liu Bei, the character I’m enjoying most so far because his story’s all about making friends with people, and diplomacy is certainly Three Kingdoms’ strong suit from what I’ve played.

We end this week on the revelation that KFC apparently has a “KFC Gaming” Twitter account, a level of social media brand hell I didn’t know existed until now. Anyway, it garnered attention this week for posting a meme about how Apex Legends doesn’t update fast enough, to which Respawn replied with a very polite statement that I can paraphrase as “Hey KFC, die in a fire.” Okay, developer Rayme Vinson actually wrote:

“We’ve got tons of stuff coming, but it takes a little time. We can’t hyper-fry or flash-flambe or crunch-inject or whatever it is you do to your tasty fried birdflesh…Eat some chicken, we’ll see you soon.”