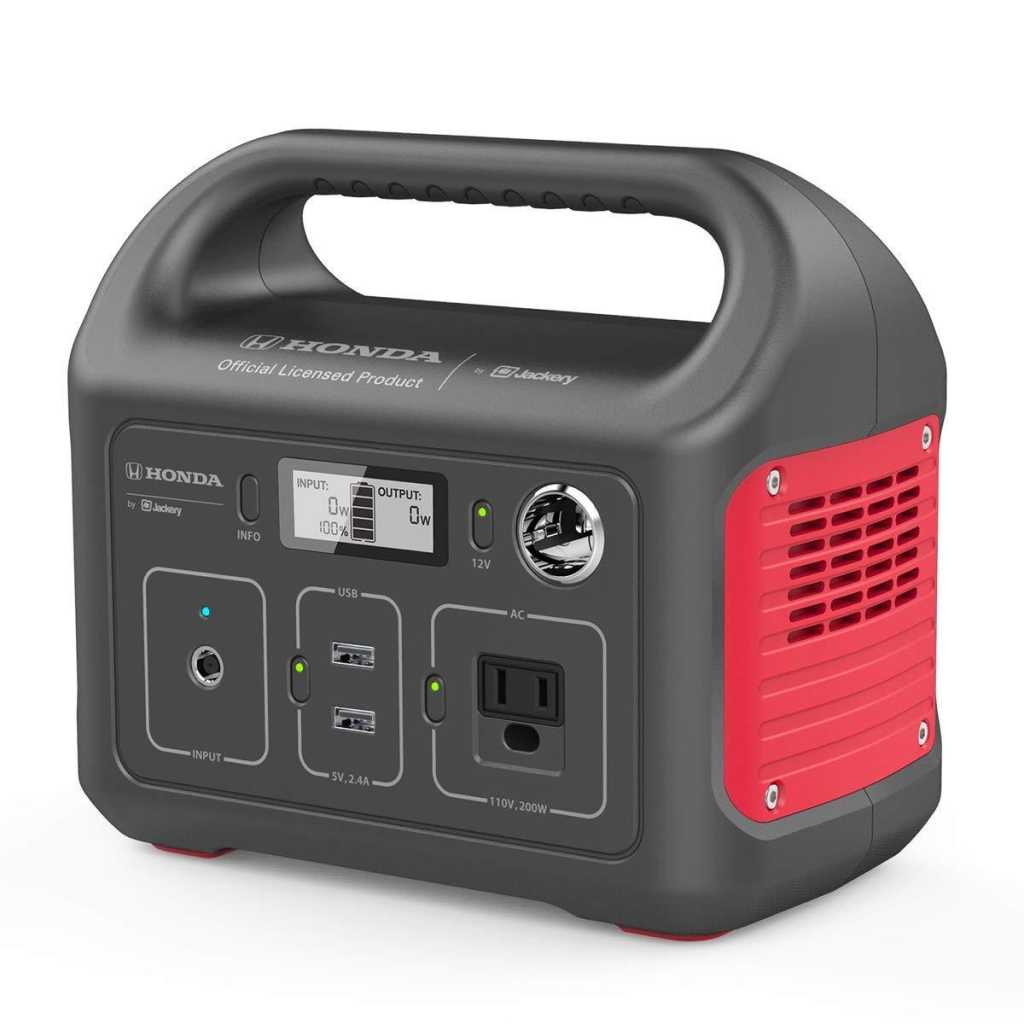 Image: Jackery
At a Glance

This isn’t your average portable power bank, but rather a burly power station that’s ready to oblige in an emergency or on your next road trip.

Portable battery packs have become a common accessory for smartphone owners to carry and use on a regular basis. Power stations, like the Honda 290 made by Jackery, however, are starting to get more attention.

The Honda 290 is big, measuring 9.0 x 7.8 x 5.2-inches and weighing 6.6 pounds, but it packs a ton of power. There’s a small display where you can view the current charge level, along with input and output amounts. There’s a 12V charging port, two USB ports, and a standard AC port. There’s also a single input port, used for charging the power station itself.

There’s a total of 292Wh capacity in the Honda 290, and when draining the battery from full to empty over 22 hours, I found it to have 90.63 percent efficiency. That’s a solid result, and one I honestly didn’t expect. There’s a fan inside the casing that kicks on when the unit gets hot over time, so that eats into the total Wh available. Although the display turns off after a couple of minutes, it uses a share of the power, as do the power indicator lights for each section of ports.

But I didn’t want to only rely on testing its efficiency. Assuming someone would use the Honda 290 in the event of a power outage, I plugged a lamp into it when it had a full charge. The lamp turned off right around six hours of constant use.

Charging the Honda 290 is done via a dedicated input and took 7.5 hours from completely empty to full. There’s a solar panel accessory for charging the station, but that’s a tough sell given how slow it would be.

The Honda 290 isn’t a battery pack you throw in your backpack or suitcase for an overnight trip. It’s a backup power supply, that will get you through power outages from storms, or a camping (glamping?) trip over the weekend.

The biggest downside I can find is the price. The Honda 290 is priced at $350—ouch. But for someone who needs portable power that’s good for more than just one or two smartphone charges, the Honda 290’s got it.