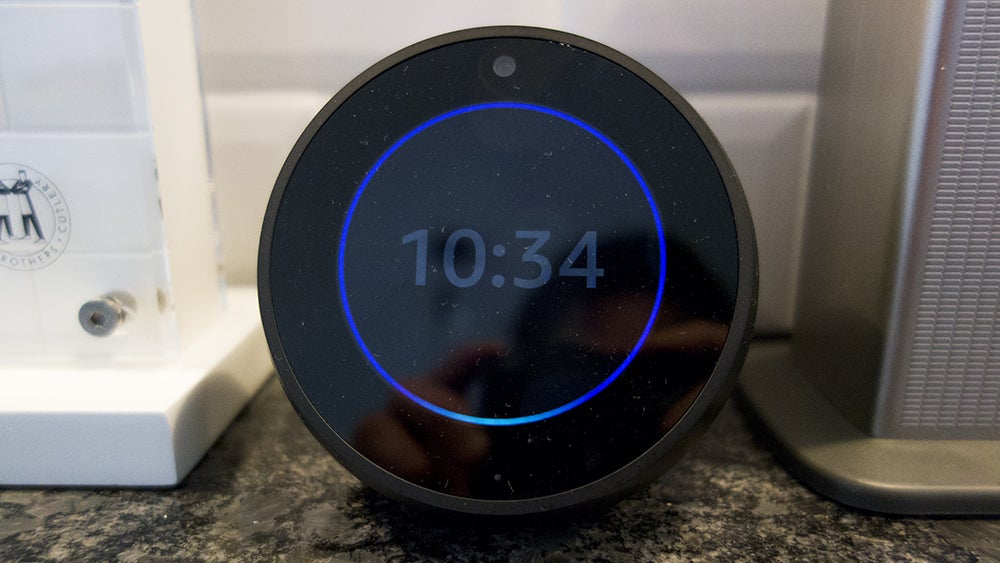 Amazon already brings joy to the millions of people who receive its packages, but now it wants to know how you’re feeling during the other 1,400 minutes in your day. Bloomberg reports that Amazon is developing a new wearable device “that can discern the wearer’s emotional state from the sound of his or her voice.”

Bloomberg describes the device as a wrist-worn gadget marketed as a health and wellness product. It reportedly has “microphones paired with software” and “could be able to advise the wearer how to interact more effectively with others.” The device is being developed by the same teams responsible for the Echo speakers and Alexa voice recognition, Bloomberg says. The same group is is also reportedly working on a home robot companion with “advanced cameras and computer vision software and can navigate through homes like a self-driving car.”

If that sounds like the stuff of sci-fi dystopian nightmares, you’re not alone. We already rely on Alexa to turn out the lights and remind us to send birthday cards, but allowing Amazon to track our emotions is another thing entirely. It’s not hard to imagine a day when the tech could be built into an Echo speaker and suggest the latest season of The Marvelous Mrs. Maisel if it thinks we’re feeling blue.

And it could get even deeper. Last year, Amazon launched a line of medicine called Basic Care that covers everything from headaches to hair loss. If Amazon’s algorithms can detect if you have a stuffy nose, it could suggest an antihistamine. Or if it thinks you’ve been sad for too long, maybe an antidepressant.

It might sound far-fetched, but consider that Amazon filed for a 2017 patent that analyzes vocal patterns to discern among various emotions and mental states, including “joy, anger, sorrow, sadness, fear, disgust, boredom, stress, or other emotional states.” The patent specifically describes the ability to detect ailments such as PTSD, isolation, and depression based on call and text frequency and audio cues.

While it’s not clear from the report whether Amazon actually plans to bring the product to market, Bloomberg says it has reached the beta stage. In the meantime, 2001:A Space Odyssey is streaming on Amazon Prime.