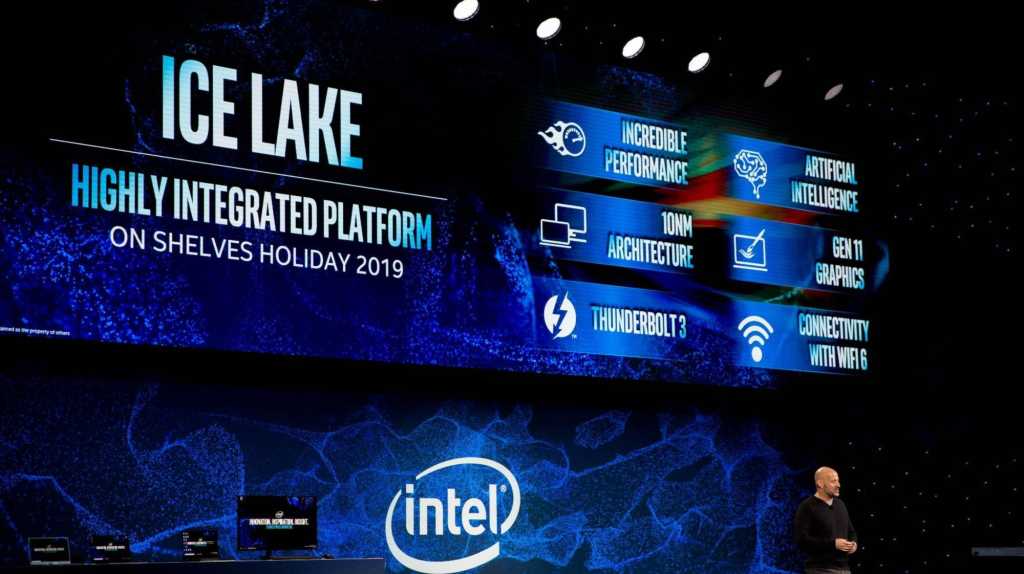 While Intel is expected to detail its upcoming 10nm processor, Ice Lake, during its Tuesday keynote here at Computex, the company is already making one bold claim—that Ice Lake’s integrated Gen11 graphics engine is on par or better than AMD’s current Ryzen 7 graphics.

It’s a bold claim, and one that Ryan Shrout, a former journalist and now the chief performance strategist for Intel, said that Intel doesn’t make lightly. “I don’t think we can overstate how important this is for us, to make this claim and this statement about the one area that people railed on us for in the mobile space,” Shrout said shortly before Computex began.

Though Intel actually supplies the largest number of integrated graphics chipsets in the PC space, it does so on the strength of its CPU performance (and also thanks to strong relationships with laptop makers). Historically, AMD has leveraged its Radeon “Vega” GPUs to attract buyers seeking a more powerful integrated graphics solution. But what Intel is trying to do now, with its Xe discrete graphics on the horizon, is let its GPUs stand on their own merits.

Challenging AMD on its own turf

Referencing a series of benchmarks and games from the 3DMark Sky Diver test to Fortnite to Overwatch, Intel claims performance that’s 3 to 15 percent faster than the Ryzen 7. Intel’s argument is based on a comparison of a U-series Ice Lake part at 25 watts, versus a Ryzen 7 3700U, also at 25 watts.

The comparisons don’t uniformly favor Intel. In the 3DMark Night Raid test, for example, AMD tops Intel’s Ice Lake by about 6 percent. The Ryzen 7 3700W is also a 15 watt part, and Intel is running it at 25 watts. It’s also worth noting the comparisons are generally made on “Low” settings, as opposed to the “High” settings gamers prefer.

For those who don’t consider the AMD-Intel comparo to be totally fair, Intel also provided a more direct comparison between what you can expect within Ice Lake to the graphics performance available to current generation of 8th-gen “Whiskey Lake” U-series parts. Here, there’s a direct comparison between two 15-watt chips, the older using what Intel calls Gen9.5 graphics, and Ice Lake’s Gen11 graphics. (Gen10 graphics debuted with Cannon Lake, Intel’s 10nm Core i3 chip that never shipped into anything much beyond a single Lenovo laptop.)

In this comparison, the improvements are substantial. Using generally the same benchmarks, the Gen11 graphics in Ice Lake offer anywhere from 1.43X to over double the performance of the older chips in a variety of games and benchmarks.

Intel’s Gen11 graphics also support variable-rate shading, a technology that is somewhat similar to the foveated rendering used in VR headsets. Variable-rate shading affects how quickly a shader is called, and how quickly a shader is called affects how a pixel looks in terms of visual fidelity. Intelligently slowing down the shader rate in parts of the scene that the viewer shouldn’t be looking at allows the overall frame rate to increase, without a noticeable effect in how the scene appears.

Intel’s Ice Lake looks promising, but AMD has its 7nm “Vega” technology waiting in the wings and its own next-gen Ryzen parts around the corner, so this contest is far from over. Still, Intel is making a strong argument that it should power your next laptop.

“We’ve continued to talk about generational improvements,” added Jon Carvill, vice president of the sales and marketing group and technical manager of Technical Leadership Marketing. “You’re not going to see the foot taken off the gas pedal.”

Edited at 11:11 PM Taipei time to with more details.