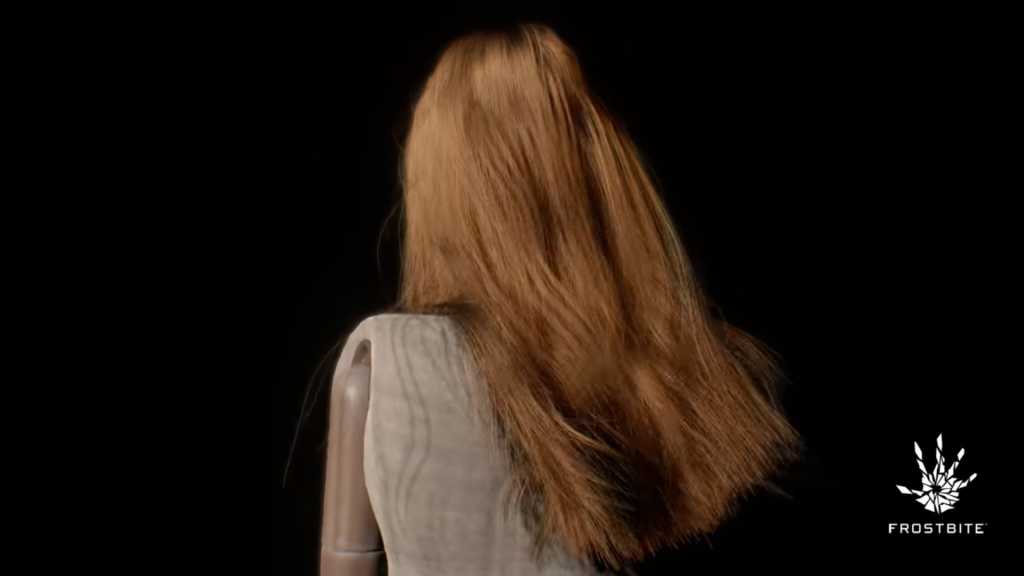 Exterior, day. We see a factory or something. A helicopter flies straight into it and explodes. Everything explodes! And then a man soars out of the explosion, holding a big metal claw in one hand. He looks at the camera.

Anyway, they’re making a Just Cause film. That news, plus George R. R. Martin dabbles in video games, Call of Duty reboots Modern Warfare, Telltale’s catalog starts disappearing, Frostbite shows off its luscious locks, and a bevy of free games to carry you through your (hopefully) long weekend.

Hopefully you have a long weekend ahead of you to take advantage of all this week’s free games, because there are a lot of them. First up: Overwatch is celebrating its third anniversary this week, a fact I find personally horrifying as someone who played it at release. If you haven’t yet dug into Blizzard’s shooter though, you can download and play it free through Battle.net until May 28.

The Sims 4 is also free—this one, to keep. It’s been a while since EA’s given away a game, and The Sims 4 is more like giving away a platform (there are plenty of expansions to buy), but free’s free. All you need is an Origin account, and the offer’s good through May 28 as well.

Still not enough? You can pick up a copy of Jalopy through Humble, fixing up a crappy car and driving it mournfully across Eastern Europe. Note that you have until June 1 to pony up $1 for a Steam key, otherwise you’ll have to download direct from Humble—and the giveaway itself only lasts until tomorrow, May 25. No time to waste.

Last but not least, Rime is the latest freebie on the Epic Games Store, arriving as part of the Epic Games Mega Sale. It’s a gorgeous little puzzle game and worth grabbing, especially at this price. And if that’s not to your taste, City of Brass will be free starting next week.

Okay, now that that’s all over, let’s get into the news. First up, Man of Medan nailed down a release date this week. The follow-up (sort of) to Until Dawn will arrive on August 30, and there’s a new trailer to peruse with a glimpse of some choices you might make. Personally I’d stay away from the choice that just says “Die” in ominous letters.

Planet of the apes

Ancestors: A Humankind Odyssey, the experimental-looking project from Patrice Desilets, also received an August release date this week. You’ll be able to do whatever it is you do in Ancestors starting August 27, and I expect this one will show up during an E3 press conference in a few weeks as well—hopefully giving us at least some idea how it plays.

There’s a quatrain of film adaptation news this week. We recently learned the Mortal Kombat reboot will be filming in Australia soon. Now we have a target release date as well: March 5, 2021. That’s not to say it will release then, but that’s WB’s intention.

Next up: Knights of the Old Republic. Back in April, news out of Star Wars Celebration said Lucasfilm might be working on an adaptation of the fan-favorite series. Now Buzzfeed reports Laeta Kalogridis has nearly finished the first script of a planned trilogy set in the bygone era. Whether we’ll see Knights of the Old Republic II adapted into a film, I’m not sure, but what a treat if so.

Most bizarre, Deadline reports that John Wick creator Derek Kolstad is writing a Just Cause film adaptation. On the one hand, that sounds like direct-to-home-video fodder. On the other, John Wick is fantastic. We’ll see whether Kolstad can turn the story of “The Scorpio” into something watchable—and whether Bolo Santosi shows up, of course.

Mortal Kombat 11 is a fantastic game that released with a rather perplexing flaw: Fatalities and finishing blows were locked to 30 frames per second, while the rest of the fight took place at 60. It wasn’t really a deal breaker per se, but a pretty bizarre choice to see the frame rate jump up and down—to say nothing of the Krypt, which is always locked at 30 frames per second. The good news: NetherRealm’s latest patch notes say the studio’s “working on providing the option to increase the caps…to 60 frames per second,” and promises more details soon.

Vampire: The Masquerade – Bloodlines 2 is fast running out of clans to introduce, but we have a few more by my count. Enough to tide us over to E3, at least. This week it’s the Ventrue, the upper crust of vampire society. Check out the latest animated trailer below.

There’s a lot of Call of Duty news this week, both bits out of Kotaku. The most alarming bit is probably the news that Activision has broken its three-year cycle, removing Raven and Sledgehammer from leading the 2020 project and forcing Treyarch to churn out a sequel to Black Ops IV instead, with the other studios supporting. Apparently it’s set in the Vietnam War era, which sounds like a return to well-trod Black Ops territory indeed.

Which I guess brings us to the next story, that this year’s Call of Duty is simply subtitled Modern Warfare—not Modern Warfare 4 like most people anticipated, but Modern Warfare, indicating a reboot. Sigh. I know this is going to happen more and more as games get older, but I still rolled my eyes when I heard.

House Flipper released its first expansion this week, Garden Flipper. Finally you can replace the scrubby weeds and broken beer bottles around your house with a well-manicured grass, a gazebo, and an expensive patio. It’s every Home Depot dad’s dream, and also mine apparently. Put on Fleetwood Mac and settle in for some yard work, without ever leaving the comfort of your computer desk.

After Telltale shuttered last year, people worried its catalog—heavy on licensed games—might follow. Those fears appear to be justified, as this week GOG announced Telltale’s entire oeuvre will disappear on May 27, including The Wolf Among Us, Batman, Puzzle Agent, and Tales From the Borderlands. The only games we know are safe are The Walking Dead series, which rights owner Skybound sells on the Epic Games Store.

If you already own copies, they’ll continue to be available for download. Still, it’s a bleak indictment of digital ownership, and how quickly noteworthy games can disappear. If you want any of Telltale’s games, you’d better buy them now just in case.

Mutant Year Zero is one of our favorite games from 2018, and I’m excited we’re getting more of it—and soon! The Seed of Evil DLC will release July 30, bringing with it a rifle-wielding moose-man, new scenarios, and new enemies.

Game of Thrones author George R. R. Martin may never finish his series, but he apparently has time to help out writing video games. After Martin said he “consulted on a video game out of Japan,” Gematsu shared its own (somewhat shaky) info which claims Martin’s actually working on the next From Software game in some form—and that it’s set to be revealed during Microsoft’s E3 press conference in a few weeks.

And while we’re at it, some truly stunning news: As of March, THQ Nordic had 80 different games in development—80!—with more than half of them unannounced. (Via PC Gamer)