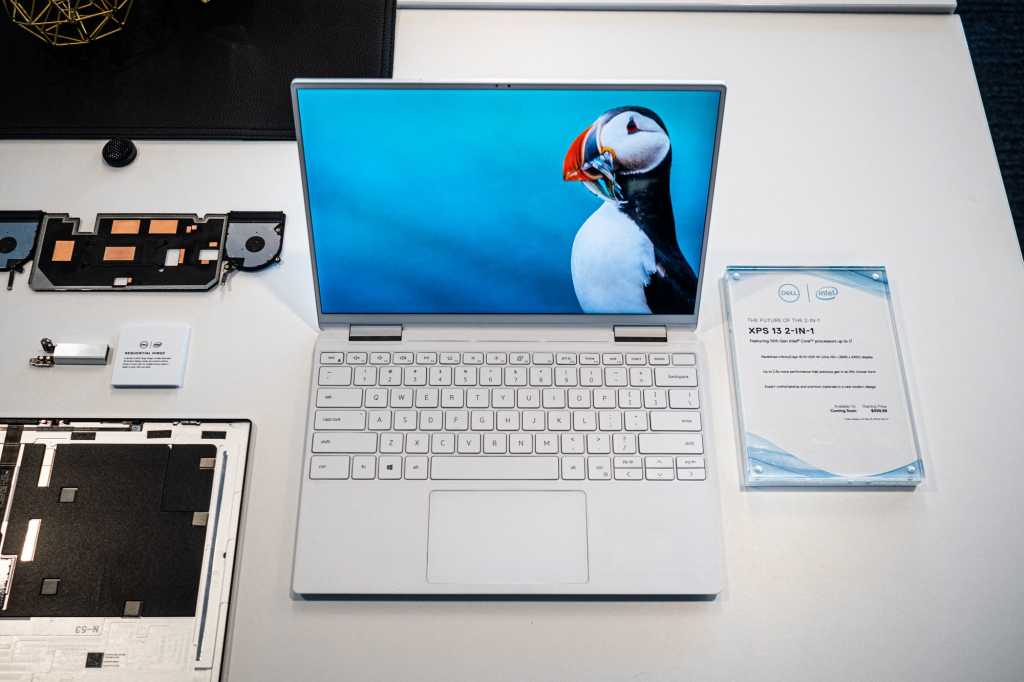 With Intel’s 10th-generation Ice Lake CPU finally here, you may be wondering whether to wait for laptops to come out with the new CPU, rather than buy an existing model with an 8th-gen CPU (Note: Intel’s 8th generation offers a full range of mobile CPUs, while the 9th generation offers only high-end ‘H’ mobile parts). We’ll walk you through the reasons why you’d want to wait for a 10th-gen laptop, and five reasons why you don’t have to.

We know, you want shiny new things. And you know what? The shiny new thing in laptops are Intel’s new 10th gen-chips. Here are five reasons why it would be worth it to wait.

1. The 10th generation is actually new

With its 10th-generation CPU, Intel moves to a 10nm process. This has been a long time coming: Intel’s chip architecture has been stuck on 14nm since 2015’s Sky Lake 6th generation. In the image above from Intel, the company actually shows the 6th-gen Sky Lake chip as the last major advance, tacitly admitting that 7th-gen, 8th-gen, and 9th-gen CPUs were rehashes to some degree (even though each brought some incremental advances, especially the 8th generation). If you like to latch on to the newest thing, Intel’s 10th-gen Ice Lake chips are it.

2. 10th gen is going to be faster for applications

The Sunny Cove cores in the 10th-gen chips are “faster, wider” (according to Intel) and basically increase the IPC (instructions per clock) by roughly 18 percent over the cores used in the previous 8th-gen chips. Add to that a new Dynamic Tuning 2.0 feature that more efficiently manages the Turbo Boost capability, and the 10th-gen chips are easily going to outpace previous chips despite running at slightly lower clock speeds.

In one of the biggest integrations since Intel stuffed graphics into the 2nd-gen Sandy Bridge CPUs, Intel said it has included Thunderbolt 3 in its 10th-gen CPUs. This hasn’t been the case up to now: Thunderbolt 3 support has been an option available to laptop makers via a discrete Thunderbolt 3 controller from Intel. With 10th-gen chips, users get the feature, while PC makers save on cost and space inside the laptop.

The other real nice icing on the cake is that 10th-gen laptops will likely all have Wi-Fi 6, the wireless networking standard formerly known as 802.11ax. As our Macworld colleague Jason Cross writes in his Wi-Fi 6 explainer, the new standard should give you much faster speeds at 2.4GHz, with better juggling of multiple devices. It supports the 5GHz operating frequency as well. If you’re going to build out your home with a new Wi-Fi 6 router system, you’ll feel pretty burned with your pathetic Wi-Fi 5 laptop that can’t use it.

A very welcome change with Intel’s 10th-gen chips is support for LPDDR4X RAM. The obvious improvement is about 50 percent more memory bandwidth, which will aid everything from application performance (a little) to games (a lot).

The other real benefit will be the amount of memory. The current LPDDR3 memory limits both memory bandwidth and memory amount—laptops that use it max out at 16GB of RAM. While that’s plenty for most people, those editing photos or using large memory-footprint applications will finally be able to add more RAM with the move to LPDDR4X.

5. 10th gen will be significantly faster for gaming

Intel’s integrated graphics have been the butt of gamer’s jokes for years, but the reworked graphics cores in the 10th-gen chips take a big step forward. Intel says the new Gen11 graphics in the 10th-gen CPUs can hit 1 teraflop of performance and is capable of 1080p gaming. With its support for VESA Adaptive Sync, gaming on 10th-gen parts should be far smoother, too.

Laptops also won’t need embedded DRAM to get the highest graphics performance. Intel says Gen11 can outperform previous Iris Plus graphics without the use of eDRAM.

We’ve just given five good reasons to wait for a 10th-generation CPU in your next laptop, but the 8th-generation family is hardly obsolete. Here are five reasons you could still buy a laptop with an 8th-gen CPU, with no regrets.

1. 10th gen is faster, but not that much faster

With their increased efficiency and smarter use of Turbo Boost, Intel’s 8th-gen CPUs are pretty spectacular. The 10th-gen chips will be faster, but probably not enough for most people to tell the difference. Its fancy new AI performance offers an advantage only in apps that can use it. The encoding will be much faster only if the software supports it. For the average user buying an ultrathin laptop to drive Office or a web browser, the difference between an 8th-gen laptop and 10th-gen laptop will mostly be incremental. It’s not the quantum leap we saw with the change from 7th gen to 8th gen, where you doubled the amount of CPU cores.

2. Gaming is better, but it’s not a gaming laptop

Unfortunately, these big improvements don’t mean 10th-gen laptops can suddenly game. Far from it. In fact, if you look again at the “1080p Gaming” chart above, the performance will probably be far worse with newer games. We’re not being haters but if you want to play games on a thin, light, 10th-gen machine, learn how to use an external GPU with a laptop for far better results.

3. 10th-gen laptops will be pricier

If you’re driven by a deal more than sheer performance, 8th-gen laptops are the better choice at the moment. In the early days, sparse availability will keep 10th-gen prices high. The new LPDDR4X RAM will also add to the cost. When 10th-gen laptops finally roll out in large volumes, you’ll see 8th-gen laptops offering discounts and other incentives.

There are two kinds of CPU launches: The kind where the new CPU seems to replace the previous model overnight, and the kind where both live alongside each other in harmony for so long, you’re confused as to which one to buy. Like this time. If you have to buy a laptop today for work or school, it’ll be far easier and more affordable to get a good 8th-gen laptop.

Intel’s 10th-gen CPUs bring a lot of new advantages, but the current 8th-gen “Whiskey Lake” laptops are really, really good. They’re so good that the move to 10th-gen is going to be incremental for most people. Unless you must always have the newest hardware, or you really live in the edge of performance, buying from today’s 8th-gen Whiskey Lake CPUs is not a mistake.