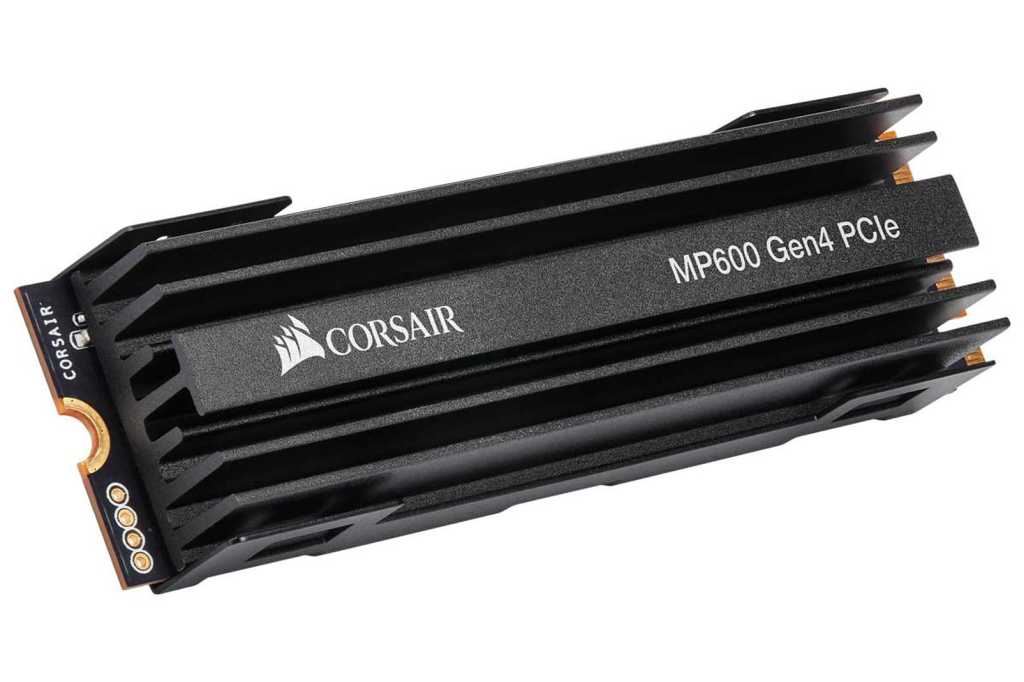 AMD bragged that its new Ryzen, Radeon and X570 enable the first PCIe 4.0 PCs, and now you can add a PCIe 4.0 SSD to that mix too. Corsair on Monday unveiled its beefy Force Series MP600 M.2 SSD with support for PCIe 4.0.

Corsair officials said the MP600 will hit 4,950MBps sequential read speeds as well as sequential write speeds of 4,250MBps. The drive is built on 3D TLC NAND and features a Psison PS5016-E16 controller.

The transfer rate of the MP600 is impressive, but it’s not busting the limit yet. In theory, a PCIe 4.0 x4 M.2 drive could move data just under 8GBps, which is about double that of a PCIe 3.0 x4 device.

The limitation, though, appears to be the Psison PS5016-E16 controller, which Psison’s website says will hit 5GBps reads and 4.4GBps writes. It’s probably nothing to be concerned about, however, as we’re in the early days of PCIe 4.0.

What should be of concern is the beefy heatsink on the Corsair Force MP600. And when we say beefy, just look at it. Heat can be an issue for SSD controllers, so it’s safe to assume PCIe 4.0 may create quite a bit of heat. That makes us wonder if the heatsink on the Corsair is there for cool factor, or whether it’s actually a necessity due to thermal concerns. Corsair didn’t reveal any pricing, release dates or capacities, but we know the controller supports from 512MB to 2TB capacities.