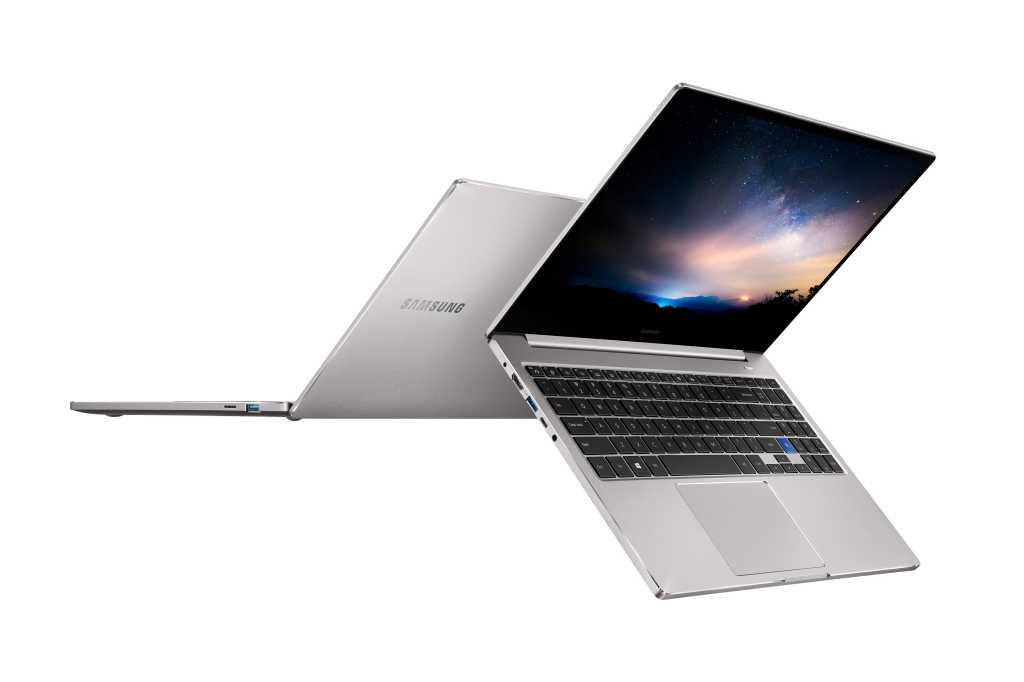 Let’s talk about the design first, as the era of tolerating boring-looking laptops is clearly going away. The Samsung Notebook 7 and Notebook 7 Force will have these premium elements:

While the laptops models differ in many ways, their common features include:

The most interesting common spec is that these laptops offer CPUs from Intel’s 8th-generation Whiskey Lake lineup. Wait, haven’t further generations been announced recently? Yes, but the 9th-gen Coffee Lake-R mobile CPUs are 8-core barn-burners meant for high-end gaming and content creation; and the 10th-gen Ice Lake parts just announced at Computex aren’t appearing in shipping product until the fall. There’s plenty to like about the Core i7-8565U processor at the heart of all the Notebook 7 laptops being announced. It’s a 4-core, 8-thread CPU with a base clock of 1.8GHz and a boost clock of 4.6GHz. That is a lot of oomph for most applications.

Here are the rest of the features for each model:

It’s interesting that the Notebook 7 Force has a smaller battery than the others even though it costs the most. In general, however, Samsung seems to be offering solid specs for the price on all of these models. We’ll see how they perform against the competition if we have a chance to test them.