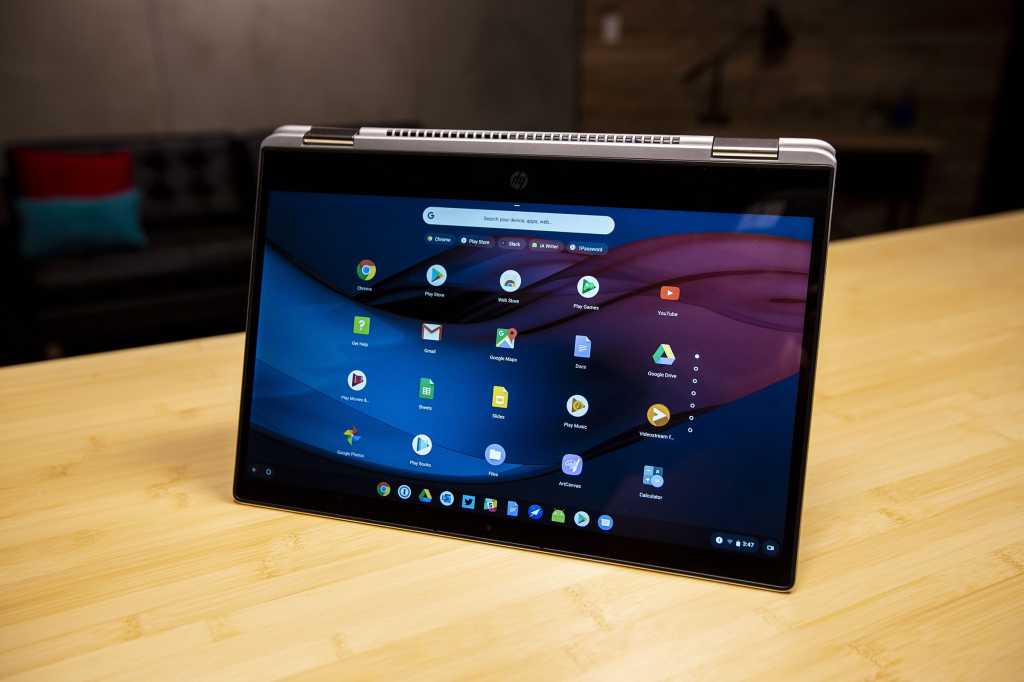 The HP Chromebook x360 14 G1 is a big, fast, and fancy laptop for power users. But it’s too big and heavy to work well as a convertible, and its display and storage are surprisingly basic for the price.

The HP Chromebook x360 14 G1 is HP’s latest attempt to create the ultimate premium Chromebook. Aimed at corporate users who want something nicer than the typical plastic-clad, affordably priced models for students and consumers, the x360 14 G1 is faster, more immersive, and longer-lasting on battery than nearly every other Chromebook out there.

But this luxury convertible has some downsides. The Chromebook x360 14 G1 is big, heavy, and has a very audible fan. The display and storage offerings are surprisingly limited. The tablet and tent modes don’t offer as much versatility as they should. Worst of all, this convertible’s price officially starts at $1,397 on HP’s site. The only other company that’s gutsy enough to sell a Chromebook this expensive is Google itself.

HP might have lost its nerve, though, because we’ve more recently seen the Chromebook x360 14 G1 discounted heavily—to $796.29 at this writing. That brings the sale price within range of its 2016-era predecessor, the HP Chromebook 13, which struck a good balance between premium specs and Chromebook affordability. At this lower price, the x360 14 G1 could be a viable option for a Chromebook power user—especially if your company is paying for it. For most Chromebook users, however, it’s overkill.

Solid design with a great keyboard

If not for the Chrome logo on the front cover, it would be easy to mistake the Chromebook x360 14 G1 for one of HP’s Spectre or Pavilion Windows laptops. With its all-aluminum wedge design, chrome-plated hinges and giant screen, the specs more closely resemble those of a high-end PC than your typical Chromebook. Here are the details:

As you can see from that list, HP has loaded it up with the kind of high-end PC parts you’d expect to see in a Windows 10 Pro machine, not a Chromebook. My review unit had an 8th-gen, quad-core Core i5 with 8GB of RAM, and you can upgrade to a eye-popping 1.9GHz Core i7 for an extra $794. Two thousand dollars is overkill for a notebook that can’t run desktop apps, but if you max out the x360 14 G1 you’ll have one of the fastest laptops around, Chromebook or otherwise.

One thing you can’t max out, however, is the storage. HP has opted for a a skimpy and penny-pinching 64GB eMMC drive for all configurations, with no customization options. That’s a bit of a head-scratcher for a machine that’s being positioned as a high-end laptop. Even the Pixelbook offers 128GB in its base model.

We have very few complaints about the exterior design, however, which is elegant as well as sturdy. The shiny chrome-plated hinges communicate quality, as does the chrome-plated rim around the giant trackpad. That trackpad was nicely responsive, heeding my taps and touches without hesitation, though it was a bit too clicky for my tastes. HP also certifies the Chromebook x360 14 G1 to meet MIL-STD 810G specs for drops, vibrations, shock, temperature extremes, dust, altitude, and humidity.

The backlit keyboard is particularly pleasant, with soft, springy keys that are even quieter than the ones on the Pixelbook. Switching between my MacBook (with its problematic Butterfly keyboard) and the x360 14 G1 was a night-and-day experience. If it weren’t so heavy, the x360 14 G1 would easily become my traveling Chromebook of choice for the keyboard alone.

The Chromebook x360 14 G1 runs into a snag when it tries to be a convertible. A Chromebook in tablet mode should offer some functionality or convenience benefits, and the x360 G1 doesn’t really offer either.

For starters, its size and weight make it unwieldy if you want to use it anywhere but on a desk. The tapered-wedge design of the chassis, which makes an elegant-looking laptop, creates a problem when you flip it around: The screen can’t lie flush against the back, so it never feels like it’s properly positioned. Coupled with the overall thickness, it’s consistently less comfortable to use as a tablet than a Pixelbook or a Samsung Chromebook Plus is.

Some of the tablet issues are out of HP’s hands. Tablet mode is still very much a work in progress for Chrome OS, though it’s improved a lot since it debuted in Chrome 70. Transitions are faster, navigation is clearer, and the optimized Android app selection is stronger. It still feels like a step down from any true tablet such as the Surface or iPad Pro, however.

HP also touts the ability to use the x360 G1 in “tent mode,” meaning you can open it partway and stand it up on a table. It’s definitely sturdy enough to get work done in this mode. However, because the x360 14 G1 doesn’t have pen support, there isn’t a ton you can do with it in tent mode other than watch movies at a slightly more comfortable angle. It might have been better if HP had just left the ‘360’ part out of its name and focused on the Chromebook part.

No matter which mode you use it in, however, the 14-inch, 1920×1080 LCD looks all too much like it belongs on a Chromebook. It isn’t nearly as crisp and vibrant as the Quad HD LCD in the Pixelbook or the 1440 x 900-pixel display in the 13-inch MacBook Air, even though both of those laptops cost hundreds of dollars less than the x360 G1’s original list price. Despite the display’s BrightView branding, it’s actually quite dim, maxing out at around 220 nits. Even with the slider all the way to the right, the x360 G1 always seemed muted.

One pleasant side effect of a less-than-stellar screen, however, is battery life. The x360 14 G1 lasted more than 13 hours in benchmarking tests and had absolutely no trouble getting through a day or two of work. Longevity is definitely the biggest bright spot of the x360 14 G1: It kept pace with the Pixelbook, which is no slouch itself, and basically lapped my 13-inch MacBook Pro.

One problem the Chromebook x360 14 G1 doesn’t have is speed. In every benchmark I ran, the x360 14 G1 came out on top, in most cases by a significant margin. Let’s start with the Cr-XPRT performance benchmark, which measure the things you’re most likely to use our Chromebooks to do—namely web browsing and video playback—to generate an overall score. Here, the x360 14 G1 easily topped other Core i5 machines and more than doubled the result of the Celeron-based Lenovo 500e.

Moving on to the Basemark 2.0 test, which measures WebGL and Javascript performance, the x360 14 G1 bested the Pixel Slate by more than 30 percent and nearly 200 points, a massive leap over its closest competitor. Simply put, the HP Chromebook x360 14 G1 makes the most out of its high-end processor, and you certainly won’t want for speed when using it.

Javascript performance was similarly superior, with the x360 14 G1 averaging a score of about 104 using the newest JetStream 2 benchmark, some 30 points higher than the Pixelbook.

And finally, the all-important Speedometer test, which gauges responsiveness of web apps by simulating common tasks. The x360 14 G1 led the pack by more than 50 points. All in all, there was no close competitor to the x360 14 G1 in any of the tests I ran, and you’d have to look at an actual PC to find something comparable.

With all that power, however, comes fans—loud fans that whir early and often at the slightest CPU load. While the Google Pixelbook doesn’t make a peep, the Chromebook x360 24 G1’s fans are loud enough for both of them, spinning in short bursts and revving up even during even light browsing. It’s as distracting as any PC or Mac notebook I’ve used, especially when it quickly spun and stopped at startup, only to spin again when I opened an app. It was better when using it as a laptop—presumably due to heat distribution through the bottom vent—but the fans still were triggered by inexplicable actions, like pressing play on a YouTube video.

There’s no denying the Chromebook x360 14 G1’s tremendous speed. What is up for debate is whether you actually need it. No matter what type of work you do, you’ll be using web and mobile apps to do it, which kind of defeats the purpose of a quad-core processor. My two-year-old Pixelbook with a 7th-gen Core i5 is plenty powerful for my purposes. While demanding enterprise clients may be happy with the speed and battery life, the storage and display, not so much.

Even if someone in HP’s target audience catches the Chromebook x360 14 G1 during one of the numerous deals on hp.com, or opts for the cheaper 2.3GHz Pentium 4415U processor, I still think the money would be better spent elsewhere. The weight, size, and general display issues all make this machine less versatile than other Chromebooks are, removing one of the main reasons why people gravitate toward them.