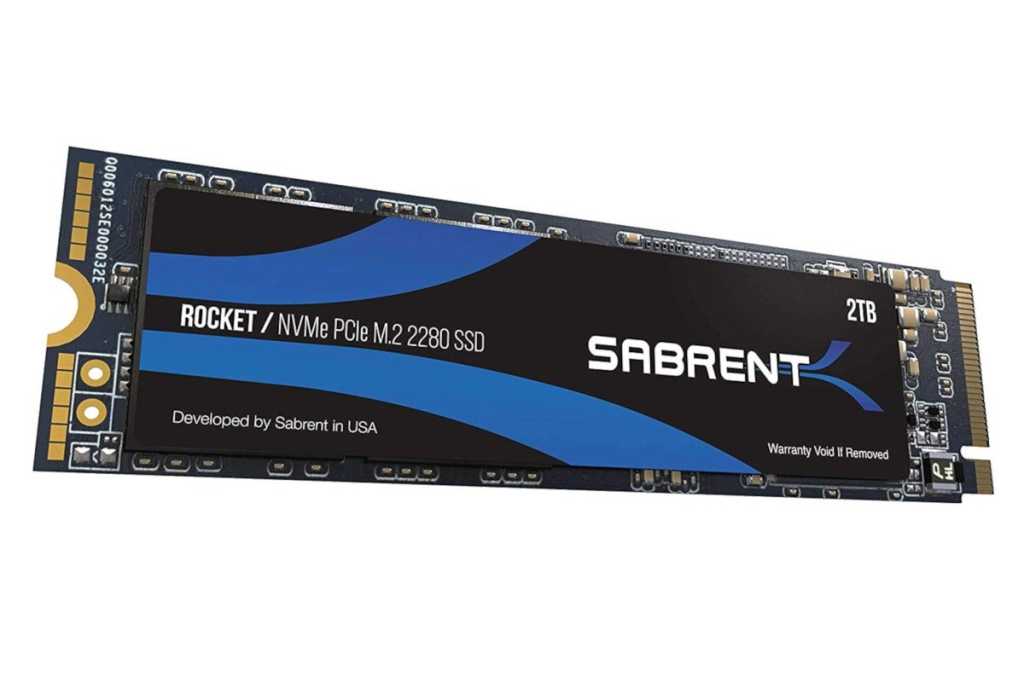 If you need some zippy storage for your laptop or desktop, today is the day. Sabrent Rocket NVMe M.2 “gumstick” SSDs are available on Amazon at their all-time low prices in four different capacities. We haven’t reviewed these SSDs, but they are very popular on Amazon.

Those are all good prices, with available capacities to suit every budget. The 256GB version, for example, doesn’t offer much for storage but would make a fantastic boot drive.

Adding an SSD is the best upgrade you can make for a PC without one. NVMe drives offer much better performance than standard 2.5-inch SSDs using the SATA III interface, and they run circles around mechanical hard drives. Actual speeds will vary based on the specific model you’re using, but NVMe is generally six to seven times faster than SATA III. Just remember you’ll need a motherboard that accepts M.2 2280 “gumstick” SSDs to use these drives. That’s generally not a problem for newer motherboards and PCs released in the last few years, but it doesn’t hurt to check your device or motherboard manual just to be sure.