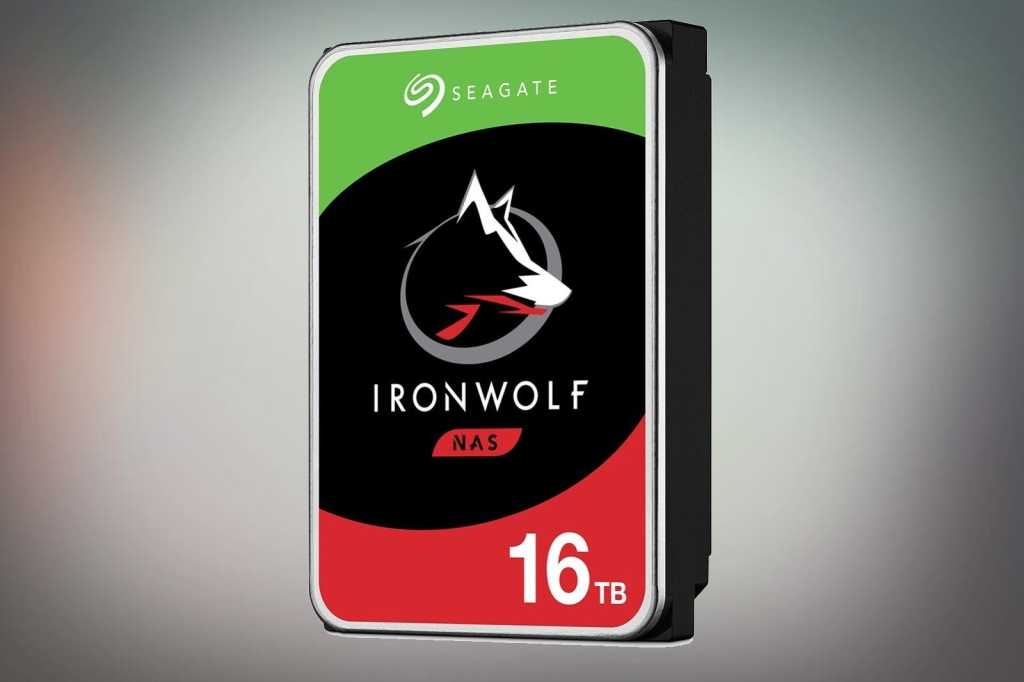 Though SSDs are where the performance is at, there’s simply no touching the traditional hard drive for capacity and price per gigabyte. The bar has been raised yet again with Seagate’s announcement of its first 16TB models in the IronWolf, IronWolf Pro and Exos lines.

The helium-filled Exos X16 will be available for $629 in both SATA and SAS (Serial Attached SCSI) flavors, while the SATA-only IronWolf 16TB and IronWolf Pro will retail for $609 and $664, respectively. The plain IronWolf carries a three-year warranty, while the X16 and the IronWolf Pro are covered for five years. The IronWolf Pro also offers two years of free data recovery.

The IronWolf Pro is rated for 250MBps transfers, and the plain IronWolf, 210MBps. All three drives spin at 7,200rpm with 256MB of DRAM cache, and feature rotational vibrations sensors and firmware that will compensate for outside vibrational interference. The X16 also offers RSA 2048 firmware verification and advanced parity functionality as well as other enterprise features.

The Exos X16 is actively shipping, with the IronWolf and IronWolf Pro to follow.