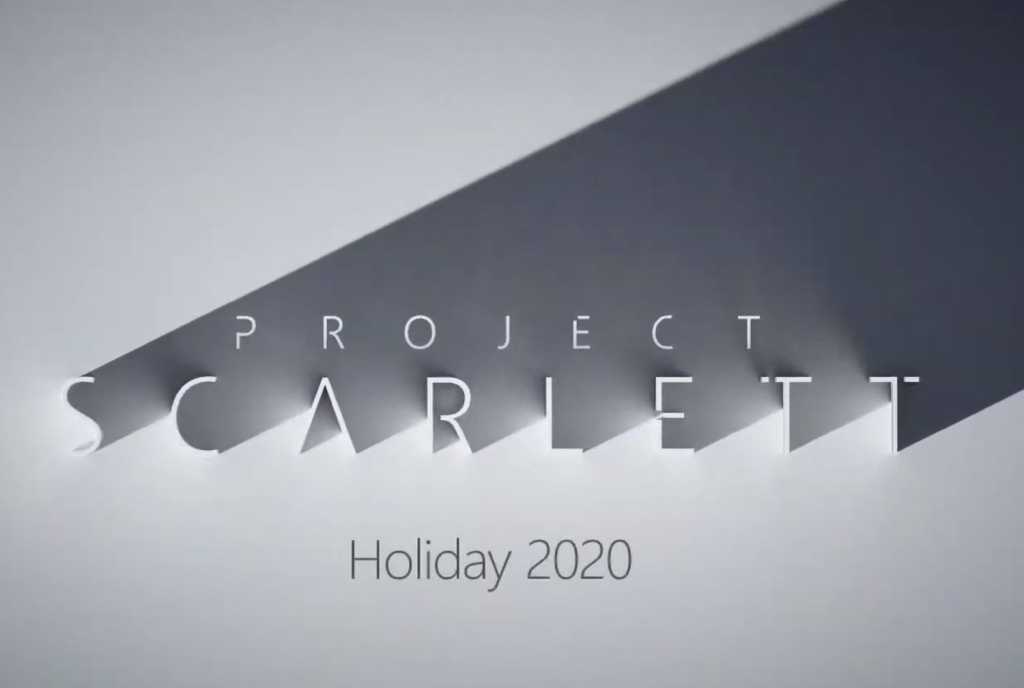 Six years after the infamously terrible reveal of the Xbox One, Microsoft has somewhat redeemed itself. Today at Microsoft’s E3 2019 press conference, Phil Spencer detailed the plans for its upcoming next-gen Xbox console, “Project Scarlett,” a traditional high-end box that will live alongside Microsoft’s Project xCloud streaming service. Project xCloud is due later this year, while you’ll need to wait until holiday 2020 for Scarlett, as expected.

Let’s break it down. If you’re curious about the games revealed at Microsoft’s showcase, we split those out into a separate article, complete with trailers for all the major announcements.

“We believe a console should be for one thing: Gaming.” That was Phil Spencer as he started discussing the next generation Xbox, a pointed change of direction for the company that wanted to be in all things entertainment when the Xbox One launched six years ago. No scope creep here, no mixed messages. Project Scarlett is about games.

And the big leap forward is…SSDs. Just like Sony’s next-gen PlayStation 5, it seems Microsoft’s putting a huge emphasis on the SSD, instead of the old, slow hard drives in the Xbox One and PlayStation 4. The way they’re pitching it to gamers is “No load times,” which is obviously a huge benefit that we’ve had on PCs for quite a while now. It’ll be neat to see the SSD become the baseline spec though moving forward, with developers hopefully designing around the SSD and seamless worlds in a way they couldn’t when they were splitting the difference between console and PC hardware.

Microsoft didn’t give us much in the way of hard specs, but the core of Scarlett is once again AMD-based, built off the Zen 2 and Navi CPU and GPU architectures, respectively, with blazing-fast GDDR6 memory. We were told it’s four times as powerful as the Xbox One X, which already had the capabilities of a GeForce GTX 1060—pretty damned impressive for a console. And yes, it will support adaptive sync variable refresh rate technology as well as hardware-accelerated ray tracing.

And as you might expect, Halo Infinite is confirmed as one of the first Project Scarlett titles. We got a decently long trailer during E3, showing off the end of humanity’s battle, the fall of Master Chief, and other very ominous imagery. It should make for a great launch title, especially if it’s as different gameplay-wise from Halo 5 as we’ve heard.

You won’t need to wait until next generation hardware for a taste of the next generation though. Microsoft also announced that Project xCloud, its game-streaming service, will arrive in October—ahead of Google’s Stadia.

That’s…basically it though. Console-based streaming was listed as a tentpole of Microsoft’s new strategy, but we didn’t get any details on connection speeds, pricing, game compatibility, or any of the details you might want if you were waiting to make a choice between the streaming platforms of the future.

Phil Spencer started with “Two months ago, we connected all Xbox developers to Project xCloud,” which certainly sounds promising. We’re also due to get hands-on time with the service here at E3, so perhaps we’ll be able to wrangle more details in the coming days. For now though, all we can say is “It’s coming, and Microsoft’s definitely invested.”

This is basically a teaser for next year’s press conference though. Neither Sony nor Microsoft want to play their hand too early, so while both have given us basic specs—very similar-sounding specs, I might add—it’ll be E3 2020 where we hear about pricing, hard release dates, and launch lineups. I’d expect many of today’s games, including Cyberpunk 2077 and Dying Light 2, plus From Software’s newly announced Elden Ring, to either straddle the console generation changeover or be Scarlett exclusives, but that’s probably news for next year as well.

It’s exciting, either way. Stay tuned for more this week as we delve deeper into our Microsoft appointments at E3, and perhaps we’ll hear some details at the other press conferences this week as well. Bethesda, Ubisoft, Square Enix, and more are still to come, and we’ll be bringing you coverage here at PCWorld.