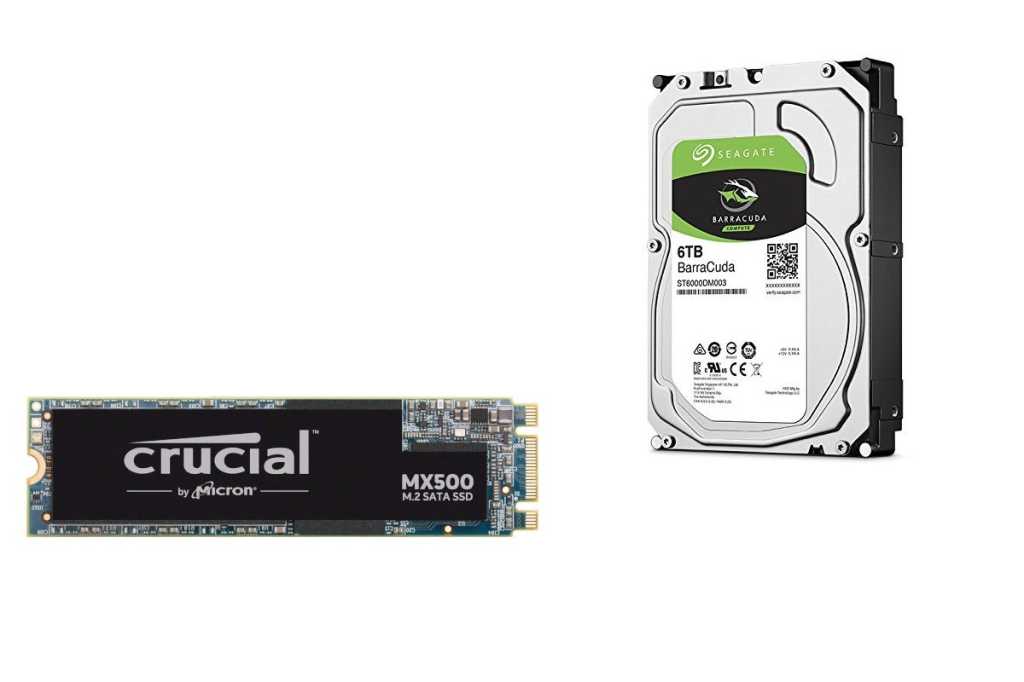 Seagate’s BarraCuda drives are ideal for bargain hunters offering mid-range performance with sizable capacity for a good price. This 6TB monster is a 5,400 RPM drive with a 256MB cache, and a SATA III interface. The drive has hit $120 a few times in recent months but is often priced between $160 to $170.

The second drive, the Crucial MX500, uses the M.2 form factor, but it is a SATA III drive and not NVMe. That means it’s not as fast as the drives using the newer interface that operate over PCIe. Still, SSDs are dramatically faster than the average hard drive if you’re still using one of those as your primary drive. At $36 this particular model would make a great boot drive if you have an M.2 SATA III port on your motherboard.