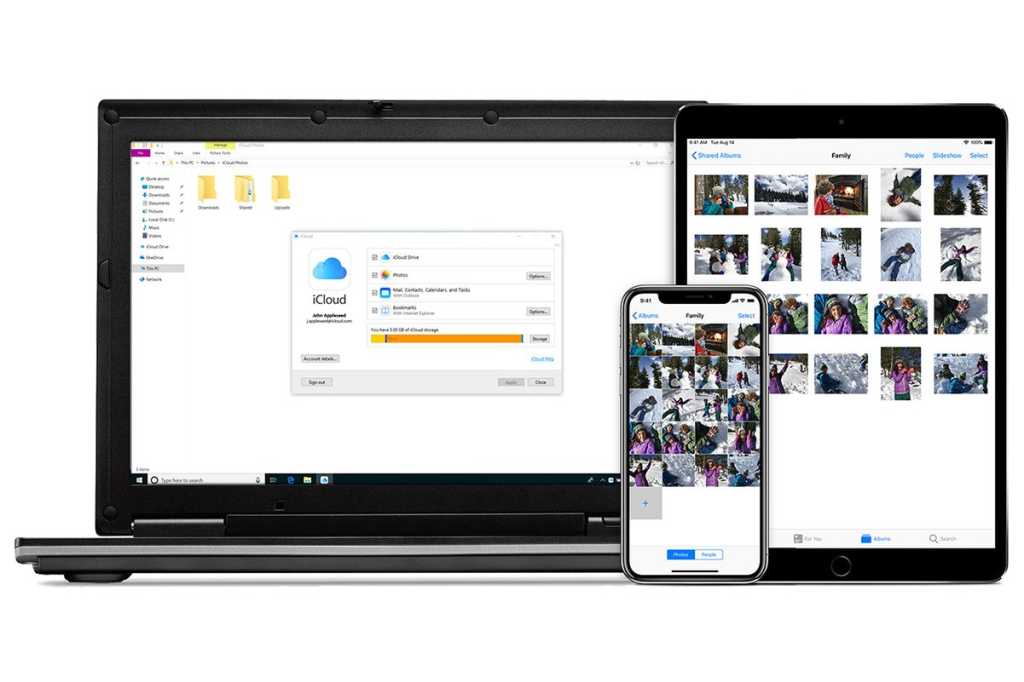 Apple has had an iCloud app for Windows 10 for a while now, but the link to download it was always buried deep in Apple’s support pages. Thanks to a rare joint-effort from Apple and Microsoft, though, now you can find a free and improved official Apple iCloud app in the Windows Store itself.

It largely looks and works like the old app, but this version shares the same technology behind Files On-Demand for Microsoft’s own OneDrive service. As a result, you can open and work on your iCloud files through the app without having to download them to the PC, as iCloud Drive will keep the changes in sync. In most scenarios, that should save both your time and disk space.

At the most basic, this means you can access core iCloud elements such as your photos, videos, mail, and calendar data though the app. But more importantly, it also means you’ll be able to make better use of iCloud Drive as a productivity tool if you frequently switch between a PC and an iPad or iPhone. With the app installed, you’ll be able to access your iCloud Drive files directly from File Explorer (and thanks to Apple’s awkward interface, it’s probably better to use iCloud on Windows that way rather than through the app).

When iPadOS drops later this year, for instance, you’ll be able to import files from thumb drives directly into iCloud Drive through an iPad’s Files app. And then, with this app, you’ll be able to work on those same files through Windows and then continue working on the altered versions on your iPad or Mac at a later time.

It’s but another sign that Apple is trying to make its services more appealing as it attempts to make services a core aspect of its brand, and the fact that Apple employs some of Microsoft’s technology for the new iCloud app shows that the Cupertino company is getting more comfortable with venturing outside its walled garden.

In theory, all you need to do is download the app from the Microsoft Store, enter your Apple ID and password, and then you’ll be good to go. In practice, we had a bit of trouble installing it as we kept running into a message with the warning: “It looks like you don’t have any applicable device(s) linked to your Microsoft account. To install, sign in on a device with your Microsoft account.”

If you see this, you won’t be able to install the new iCloud app unless you’re running at least build 18362.145 (and preferably 1903) of Windows 10. Heading to Start > Settings > Update & Security > Windows Update and pressing Check for updates should do the trick.

Now we just need Apple to make a Windows 10 version of Messages as well. For more information on the new app, be sure to check out Apple’s updated support page.