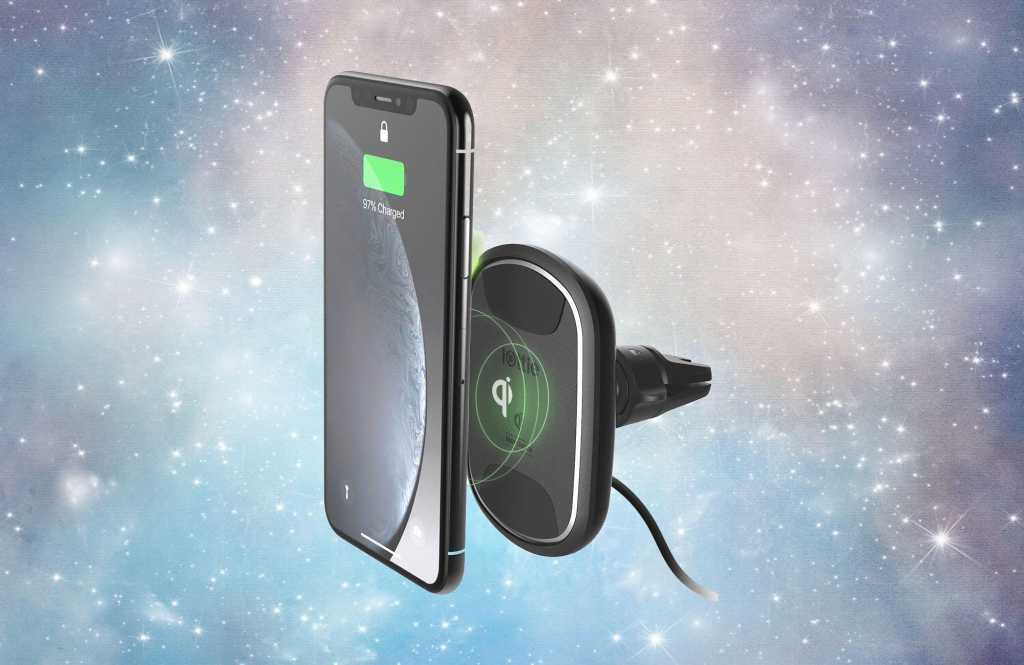 The iOttie iTap 2 brings wireless charging to your car in the form of a phone mount. That’s clever.

We’ve already looked at an iOttie wireless charging stand, and found it to be well designed and fast. The same can almost be said for the iTap 2, a smartphone mount that doubles as a wireless charging pad designed to attach to an air vent in your car. 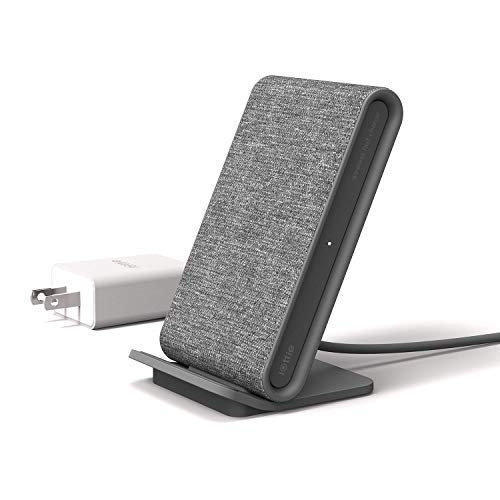 The air vent mount is actually just one of three configurations the iTap 2 comes in: It’s also available as a mount that uses your old CD slot in your car’s stereo or as a dash mount. All three are priced at $55 and are capable of wirelessly charging your Qi-enabled smartphone.

Included with the iTap 2 is the charging pad, a microUSB cable, a 12V adapter that itself sports an additional USB port that can be used to charge another device in your car. There’s also the mounting hardware required to hold your phone in place.

That hardware consists of a metal plate, a template that shows you where to install the plate on your phone, and a protective film that goes between your phone and the metal plate. Why do you need a metal plate? Because the iTap 2 doesn’t have any sort of grip or base to hold your phone in place—it uses magnets. And because a metal plate could interfere with wireless charging, the installation process requires some precision—thus the included template. According to iOttie, you can place the plate on a case that’s thin enough to allow for wireless charging.

Thorough instructions are included in the box, with suggested placement for the most recent iPhone models, and the Note 9 and Galaxy S9 lineup.

The magnet in the iTap 2 was strong enough to hold my iPhone XS Max in place, without fear of it falling while driving. The air-vent mount was an easy install in my Honda Civic.

An indicator light at the top-left corner of the iTap 2 charging pad turns green while your phone is charging.

As for charging speed, I tested the iTap 2 with both an iPhone XS Max and the Samsung Galaxy S9. The Galaxy S9 took, on average, 2 hours and 45 minutes to fully charge when placed on the iTap 2. That’s fast enough to be the third-quickest wireless charger I’ve tested.

When it came to charging the iPhone XS Max, I measured how much charge was achieved in an hour (to understand why, see how we tested in the complete wireless charger roundup). The iTap 2 charged the iPhone XS Max to 31 percent over the course of an hour, which looks bad at first. But take into consideration the larger battery in the XS Max, and it’s equivalent to a charge of 36 percent on an iPhone XS in the same amount of time. That performance puts it in the middle of the pack for overall performance with an iPhone.

The only drawback to to using the iTap 2 as your main method for charging on the road is that wireless charging, as a whole, is slower than wired charging. And with most car rides being short trips, you can’t expect the iTap 2 to quickly top-off your phone.

However, if you spend a lot of time in traffic or have a long commute, the iTap 2 should be appealing. Not only does it charge your phone, but it puts it at (near) eye level so you can use things like Android Auto or monitor incoming messages without having to look down.