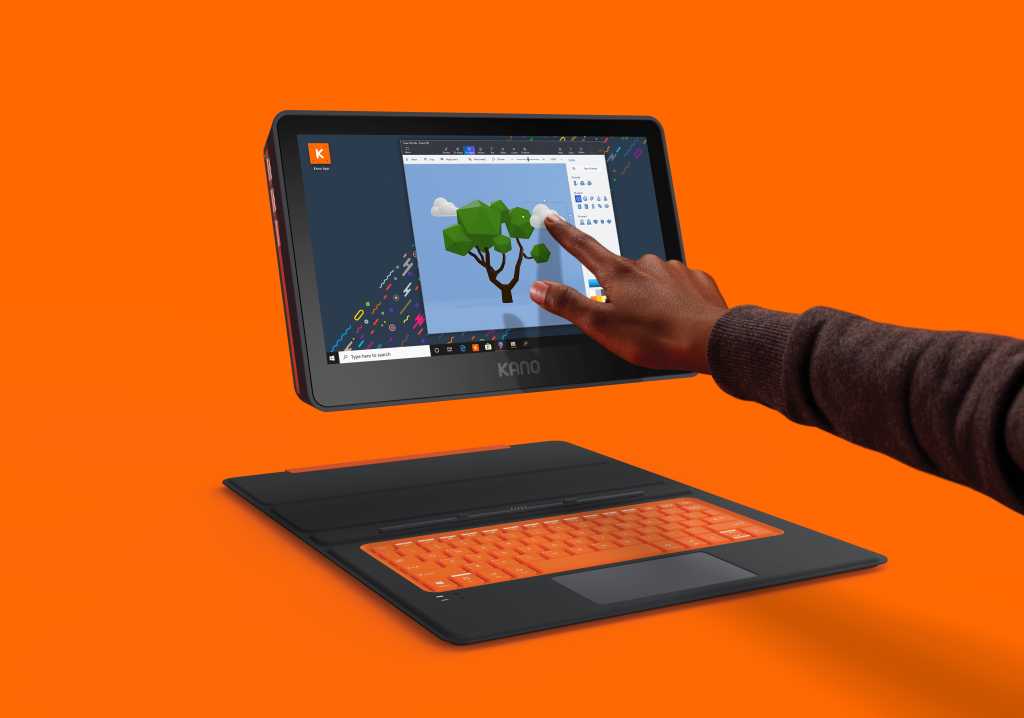 Microsoft and Kano have launched the Kano PC, an Atom-powered laptop that’s designed to help kids understand what goes into building a computer.

The $300 Kano PC will ship at the end of October, Kano said.

The Kano PC is designed to teach kids how to build a PC, with some basic explanations of the individual components that go into the modular tablet, as well as an explanation of what each component does. The thick tablet appears to be modular, so that kids will actually be able to connect some of the basic components themselves.

Related software will also teach kids how to code, and connect to the Kano World online community, where kids can share code and finished projects. A trial version of Microsoft Office is also included.

The Kano PC ships with Windows 10 in S Mode, which limits users to Office and apps from the Windows Store. It includes the Minecraft Education Edition for more after-hours educational fun.

To be fair, this is more of an exercise for kids rather than a ”real” PC-building exercise like constructing a desktop. But applying thermal paste and arguing over which GPU pairs best with the latest Core i7 is something that can wait for another day.

Here are the specs: