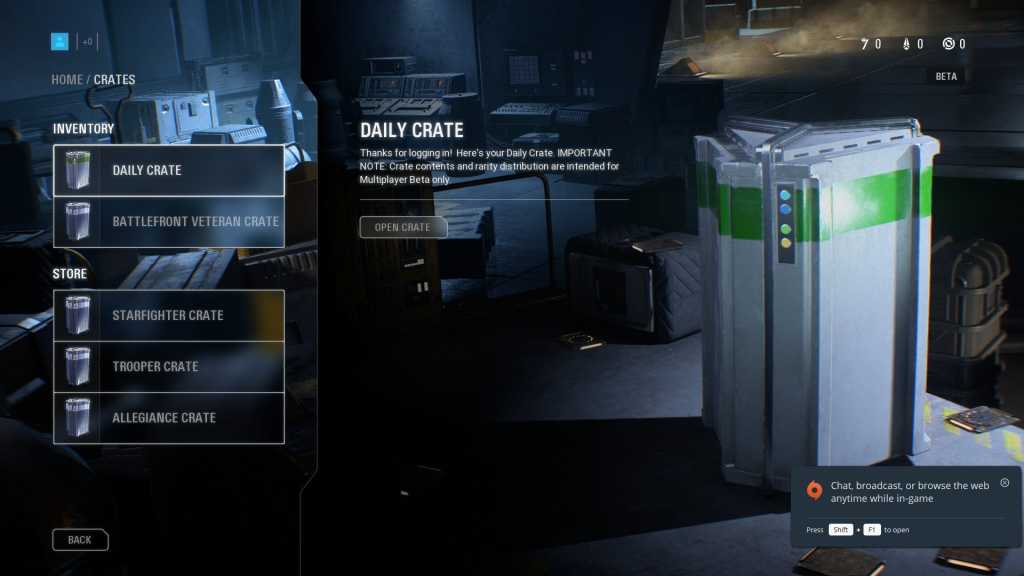 Everyone, take a deep breath and let it out. Congratulations, we survived another E3 and the news onslaught that entails. Your reward? The slow period, those merciful months of July and August where almost nothing happens and we can finally catch up on the backlog. Or, you know, buy more games in the Steam Sale next week.

There’s a bit of E3 mop-up happening this week though, so without further ado let’s discuss EA’s euphemistic description of loot boxes as “surprise mechanics,” the disappearance of Alpha Protocol, the arrival of The Outer Worlds E3 demo, and those damn Fallout 76 canvas bags.

We lead off, as always, with this weekend’s free games. In the free-to-keep pile we have yet another Epic Games Store giveaway, this time the space-faring Rebel Galaxy, sort of a spiritual successor to Freelancer. If you’re still waiting on Star Citizen’s release, this might scratch that itch in the meantime.

Then there are the usual assortment of free-to-try games. Both Insurgency: Sandstorm and Killing Floor 2 are free on Steam this weekend, so you’re either killing terrorists or killing zombies, your choice.

Oh wait, there’s one more freebie on Steam this week. Valve released Dota Underlords in Early Access—which, if you haven’t been following this whole saga, is Valve’s take on the “Dota Auto Chess” mod, the creators of which have moved onto creating their own standalone version for the Epic Games Store.

It’s a quagmire of morality and legality, basically. Because “Dota Auto Chess” was a mod for Dota 2, it makes sense Valve would try and recreate it officially. On the other hand, I still find it a bit weird that mod developer Drodo Studio has had its idea cloned by Valve, Riot, and a bunch of other companies in record time. It doesn’t sit right with me—but alas, as we saw with Fortnite, sometimes that’s just how it goes.

We wrote about The Outer Worlds during E3 last week, and it ended up being one of my favorite demos. Obsidian’s clearly decided that if it can’t make another Fallout: New Vegas, it’ll just dupe the style and slap on a new name. Thus, Outer Worlds. But you no longer have to take my word for it. PC Gamer noticed the same behind-closed-doors demo is now available courtesy of one of the E3 Coliseum presentation videos, seen below. (Skip ahead to 4:40 or so.)

As one Obsidian game appears, another vanishes. Alpha Protocol is the latest game to fall prey to the “We didn’t buy these music rights in perpetuity” mistake of the previous hardware generation, and disappeared from Steam this week. It’s still in your library if you bought it, but it’s been removed from sale until further notice—or maybe forever, if Sega doesn’t decide to renegotiate. So that sucks.

Really and truly, I hope publishers have wised up to the realities of digital distribution and aren’t still signing limited-time licensing deals. (Via Eurogamer)

It’s that time again, when Creative Assembly releases the gore DLC for its latest Total War. Due to release June 27 for Three Kingdoms, there are some appropriately grisly gifs on the Steam page—including one where a man chops a horse’s legs off. Yikes. Can’t say that’s a part of war I’ve ever thought about or indeed wanted to think about, but I’m sure all the glue mavens are already throwing money at screens.

Horse dismemberment not doing it for you? Mortal Kombat 11’s first competitive season started this week, and it’s titled “Season of Blood.” Not the most creative name, but I digress. Anyway, the Season of Blood will last four weeks. Those who reach its top tiers will earn custom character skins, which…well, it’s how every game used to work before microtransactions ruined cosmetic items. Better get grinding if you want to look like a badass.

They Are Billions already garnered quite a following during Early Access—enough to inspire a Conan -themed knock-off of its ideas. The original horde-mode-RTS finally hit 1.0 this week though, bringing with it a long-awaited campaign mode. Judging from the Steam reviews the wait hasn’t been entirely rewarded. That said, if you’re just now dipping into They Are Billions? There’s a lot to love from its original survival mode. More than enough to justify the price, in my opinion.

I thought the worst of the loot box controversy was behind us. Alas, EA is determined to dig the hole ever deeper. Summoned before the United Kingdom’s “Digital, Culture, Media, and Sport Committee,” the part everyone’s seized on occurs a bit before 15:44 in the video below, when EA representative Kerry Hopkins first says “We do not call them loot boxes,” and then follows it up by referring to them as “surprise mechanics” instead. From the transcript:

“[People] enjoy surprises. It is something that has been part of toys for years, whether it is Kinder eggs or Hatchimals or LOL Surprise. We think the way we have implemented those kinds of mechanics—and FIFA, of course, is our big one, our FIFA Ultimate Team and our packs—is quite ethical and quite fun; it is enjoyable to people.”

It’s always a good sign when you have to specify that your business practices are uh, “quite ethical.”

You can read the full post here, but essentially all special Eververse armor drops are being changed to “Universal Ornaments” that you skin over generic armor; the Bright Dust currency will be more readily awarded through strikes and other activities; and Eververse items won’t cost Bright Dust to pull from your Collections anymore. All solid changes to one of Destiny 2’s thornier features, and another sign Bungie might be better off without Activision.

For old times’ sake, let’s end this week on Fallout 76 news. Congratulations to every Fallout 76 Power Armor Edition owner who received their canvas bag in the mail this week! Take the nylon bag that came with your original purchase and burn it or whatever, I guess. You’re now the owner of a nearly identical-looking (albeit much more rugged) satchel, and more power to you.