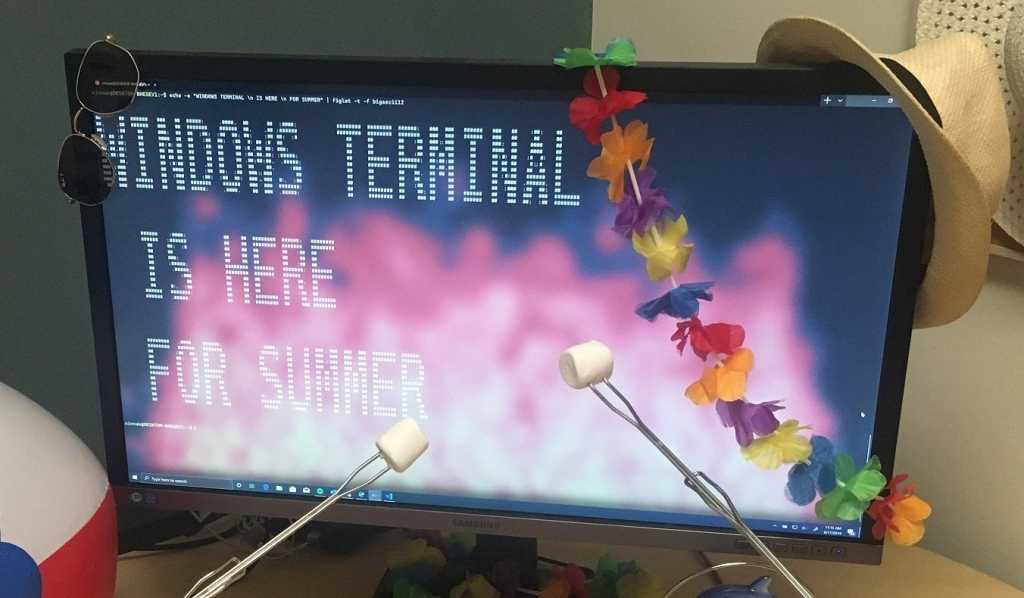 Microsoft said late Friday that a preview release of Windows Terminal is now officially live, allowing early access to the open-source terminal application which is scheduled for a version 1.0 release this winter.

While the preview version of the Terminal app can be downloaded from the Microsoft Store, Microsoft warned that it currently lacks many usability issues. For example, though the tabbed interface seemed to work, the tearaway windows didn’t seem to be quite functional yet. You’ll need Windows 10 version 18362.0 or higher as a prerequisite, the company said.

Microsoft published the Windows Terminal preview listing to the Microsoft Store early on Friday, but the app wasn’t actually available for download. That changed Friday afternoon, when the Terminal preview went live.

Microsoft announced the new Terminal this past May at its Microsoft Build developer conference, with support for Unicode and UTF-8 character support, custom themes, and even a GPU accelerated text rendering engine. Microsoft said then that while it would have liked to update the existing Windows Console app, adding further meaningful improvements would have broken the interface. The idea was to make the new Terminal look more like Windows and the Edge browser.

Naturally, Microsoft said that it will continue publishing updates as it moves to a 1.0 release. “A top priority for Terminal is to include robust support for accessibility, as you have today in the default command-line experience on Windows,” Kayla Cinnamon, a program manager for Microsoft, wrote in a blog post. “Much of this work is already complete and it’s our highest priority to support assistive technology in the next update to the Microsoft Store.”

Microsoft made the Terminal settings configurable via a JSON file, which must be opened with a separate text editor. After saving, the Terminal will automatically refresh to reflect your changes, Microsoft said. That allows users to configure a custom background image, much like a Windows theme. Users can also turn on the Windows “acrylic” effect which introduces transparency—or not, as it’s up to the user to enable it and set the level of opacity.