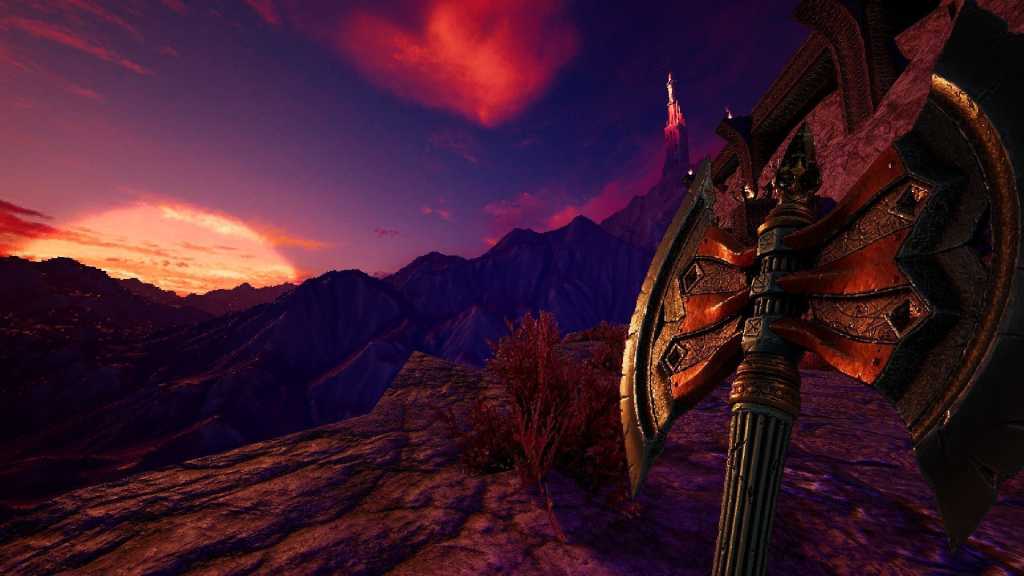 As I said writing up our Best Games of 2019 (So Far) list, it’s been a busy year. We’ve only hit June and already there have been so many quality games we ran out of room on our top ten list. Consider this the spillover list then, the best of the rest, great games that perhaps fell through the cracks. Some of them, I haven’t finished. Some I’ve barely gotten around to playing—but I like what I’ve seen.

As for you, hopefully there are a few games on the list you haven’t even heard of yet. That’s always a fun surprise, yeah?

Sunless Skies is in large part just more Sunless Sea, but given how impressive Failbetter’s first outing was it’s hard to complain about a second helping. Trade out Sunless Sea’s ships for a flying train and gloomy seas for the stars, and much of the rest stays the same. You’re still plodding from settlement to settlement, uncovering bizarre side-stories and attempting to unravel the larger plotlines in scraps and snatches of conversation.

If it feels less magical, well, the trick’s more familiar now. Sunless Skies doesn’t do much to push its predecessor’s ideas forward aside from streamlining some of the more cumbersome systems. That said, it’s still a beautifully written adventure packed with plenty of odd (and sometimes uncomfortable) rumors to chase.

The Textorcist is one of the more creative genre mashups I’ve played: Part bullet hell, part typing edutainment. You play a priest, Ray Bibbia, who fights demons by typing out phrases, while dodging enemy attacks at the same time.

It’s a real pat-your-head-rub-your-stomach nightmare, trying to frantically eke out each letter of phrases like “In Nomine Dei Patris Omnipotentis” with your left hand while the right works the arrow keys. Maybe not the most useful typing tool, but I had a lot of fun with it.

Islanders is the best city builder I’ve played this year, and it’s not at all what you’d expect from that description. This isn’t another SimCity clone, or even a Tropico spin-off. Instead, Islanders borrows the core tenets of a city builder to create a puzzle game.

You draw cards to determine what you can build, and subsequently earn points based on how you plot your buildings. Houses like being near city centers for instance, and churches like being near houses. Chain enough structures together and you’ll earn enough to move onto the next island, starting from scratch again but with a better idea how to maximize points—and more space to do it in. It’s simple and relaxing, and results in some cute tilt-shifted villages that look better than anything I’ve built in more complicated peers of Islanders.

I spent some feverish nights with Forager and I stand by my review: It’s junk food, but it’s very well-designed and addictive junk food. Combining elements of the idler/clicker genre with Stardew Valley farming and a lightweight action-RPG, it’s a genre mashup the likes of which I’ve never seen before. You mine gold to forge coins to devise ways to mine gold faster, and so on and so forth through Forager’s various crafting recipes, until suddenly it’s 4 a.m. and blinking makes your eyes sting but you have a thriving economy churning out hundreds of gold coins and a whole island dedicated to mining rocks and maybe you should just keep playing until you hit the next level.

It’s nefarious, and I can’t in good conscience recommend anyone else play it—but also I loved Forager in a perverse sort of way, and I want to recommend it to everyone. Maybe set an alarm to remind yourself to sleep.

Whispers of a Machine

One of my favorite trends over the last few years is 2D adventure games given modern mechanics. Unavowed added a BioWare-style companion system to its puzzles, which was a neat trick I’d never seen before.

This year’s Whispers of a Machine is perhaps even more impressive. A sci-fi adventure, you play as a sort-of robotic police officer (a…robocop, maybe) who can scan the environment for forensic data, shapeshift, control people’s minds, turn invisible, and more. The catch: You unlock different powers depending on your conversations with people, and will only see a select few over the course of the story, forcing you to approach puzzles differently based on how you play. It’s an ambitious and clever mechanic for a retro-looking game, and is paired with a pretty decent story as well.

Astrologaster is the funniest game I’ve played in 2019, bar none. It’s like an extended Monty Python and The Holy Grail sketch, except you’re an active participant in the nonsense. You play as Simon Forman, a real historical figure who worked as an astrologer in Elizabethan England. And that’s your task here as well, divining the stars to…uh, “cure” your patients.

It’s ridiculous and silly, hoping your diagnoses land often enough to keep Forman’s reputation intact. And the presentation is stellar (heh), with a pop-up book aesthetic and a surprising amount of faux-period music, with lyrics like “We know he used astrology and doses of strong water. So what if he be not a proper licensed doctor?”

The original Pathologic gave rise to some of the best articles I’ve ever read, as Rock Paper Shotgun’s Quintin Smith delved into this bizarre Elder Scrolls-esque plague simulator out of Russia. A decade later it’s been remade (at least partially) with slightly modernized mechanics and a better translation.

Pathologic 2 is still weird as hell though, and brutal. Even on the lower difficulties, it’s a game you play until you can’t anymore, an experience you’re designed to lose. That won’t appeal to everyone, but I find it refreshing—albeit incredibly stressful as well.

In 2018 I played House Flipper a lot. Probably too much. In 2019, I’m slowly getting hooked by Garden Flipper as well, the first expansion. It’s just as buggy (or perhaps more so) than the base game, and the price is arguably a bit steep for what you get. That said, as someone who got tired of creating beautiful houses on plots of land that had scrub-grass for lawns, Garden Flipper’s letting me indulge in my inner Monty Don from the BBC’s Gardeners’ World.

I love it. I haven’t done any actual yardwork in ages, and my real-life green thumb is more the yellow-orange of dead leaves, but at least my digital house is flourishing.

I’m still eagerly awaiting the next entry in The Longest Journey and/or Dreamfall, but Red Thread Games and founder Ragnar Tørnquist took a little tangent this year. Draugen, a short adventure set in 1920s Norway, is billed as a “Fjord Noir” and tasks you with searching a seemingly abandoned mountain town for clues to what happened.

It doesn’t hold any nostalgia for me like The Longest Journey, and even setting that aside some of Draugen’s story beats didn’t land. But Tørnquist and Co. have earned a reputation for writing good characters, and indeed that’s what sustains Draugen even when its framework weakens.

Gato Roboto was clawing at the backs of our Best Of (So Far) list. It’s fantastic, a full-fledged Metroidvania that only takes two or three hours to finish. There aren’t many of those, and even fewer this satisfying. Maybe Axiom Verge belongs in the same discussion?

But Gato Roboto is also charming as hell, which elevates it even further. You play as a cat in a mech suit—and sometimes outside a mech suit—exploring a hazard-filled space station, upgrading your abilities, and battling the occasional pesky rat. The one-bit art style looks great, especially once you unlock some of the alternate color schemes, and the game is consistently entertaining throughout. A real “Quality Over Quantity” situation, this one.

The most stylish game I’ve played all year, My Friend Pedro is like watching gun ballet. A side-scrolling shooter, it’s all about jumping off walls, flipping a dozen times, and still nailing every single headshot on the way down. John Wick Hex might be the official film adaptation, but My Friend Pedro is every bit as skilled at emulating that unstoppable-hitman-with-superhuman-gun-capabilities feeling—albeit with way more acrobatics.

It’s wrapped inside a fever dream of a story that involves a hallucinated banana, an aspect I think feels a bit too reminiscent of Hotline Miami at times, but the core action is a lot of fun to both watch and play.

Speaking of games that feel like Hotline Miami, 2019’s also given us Katana Zero. Another sidescroller, this one’s about closing the gap and executing enemies with your sword—or deflecting their bullets back at them, because you’re a badass in a bathrobe.

In some ways it’s even more Hotline Miami than My Friend Pedro, with a single hit meaning you start a level over, and the same cocaine-drenched synthwave vibe. It’s the tightest-controlling of this year’s mimics though, prompting that same sweaty-palmed feeling of “Flow.” The story’s no slouch either—even if, like My Friend Pedro, it hews a bit too close to its inspiration.

Here’s a third game for the obvious-Hotline-Miami-parallels pile—all three published by Devolver as well. What a year, eh? Ape Out is even more directly related than the previous two, given its top-down nature. The twist: You’re a gorilla. A very angry gorilla, who slams hapless security guards into walls with gruesome results.

The grim setup contrasts with Ape Out’s Saul Bass-inspired art direction and jazzy soundtrack. It oozes cool, and elevates an otherwise familiar experience into one of 2019’s most unique and artsy experiments.

I never expected to see Journey on PC. Thatgamecompany’s poignant multiplayer experiment is seven years old now, and seemed like it would remain a PlayStation exclusive forever.

Here it is though, at long last, and while I suspect some will complain about its Epic Games Store exclusivity I’m mostly excited to be able to dip into it again whenever I’d like. Even now, Journey remains one of my all-time favorite video game experiences, a pinnacle of indie’s PlayStation 3/Xbox 360 era golden age. While it hadn’t exactly been “lost to time,” I at least feel better knowing it’s on the PC now, safely preserved.

There’s a good chance the only reason Amid Evil isn’t on our Best Of list is because I haven’t finished it yet. New Blood’s other retro-inspired shooter, Dusk, earned a last-minute entry onto our 2018 Game of the Year list, and from what I’ve played of Amid Evil it’s every bit as good.

Amid Evil will probably appeal to the same fanbase as well, even if it draws inspiration from Hexen and Heretic instead of Quake and Blood. The weapons are solid, and the action appropriately fast-paced. New Blood’s carving out a solid niche here. But what really makes Amid Evil stand out is the environments, which push well beyond what I’d expect from a throwback shooter. They’re both more beautiful and far weirder than I’d expect, and I’m looking forward to blasting my way through the rest.

One of my most-played games in 2019 is a Minesweeper variant. Whoops. Globesweeper is a fantastic Minesweeper variant though, translating the classic puzzle game to three dimensions and adding twists like hexagon- and triangle-based boards.

The original release fell prey to the same problem as classic Minesweeper, resulting in puzzles you could only win by guessing. A post-release “Guaranteed Solvable” update fixed that and cemented it as my favorite Minesweeper since the original.