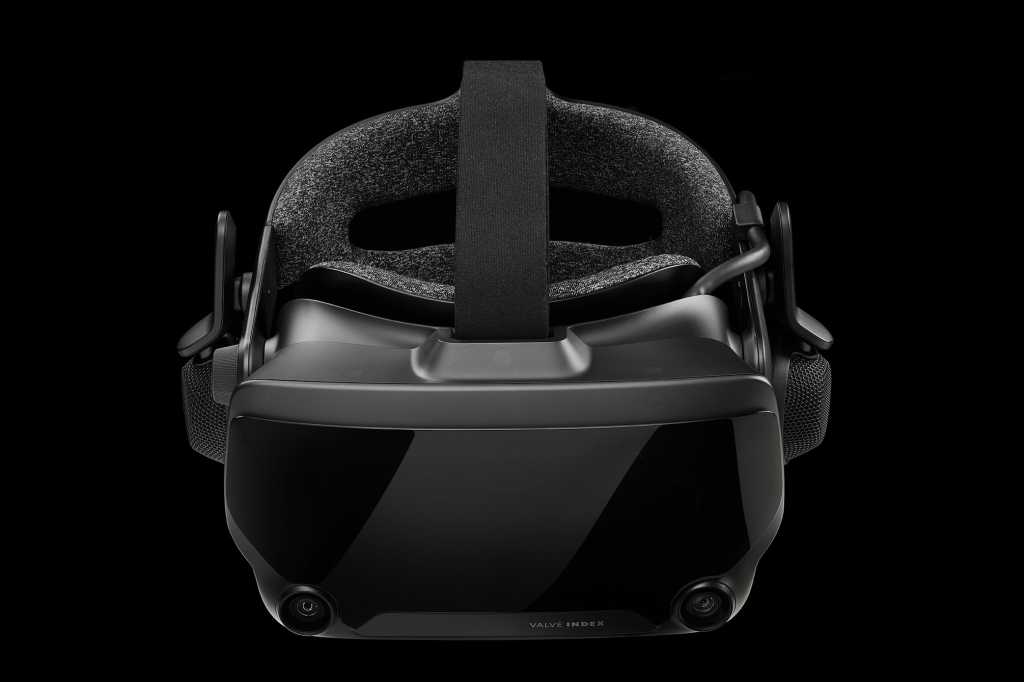 It’s pricey, but Valve’s new virtual reality headset is the one to beat thanks to its crisp display and high field of view.

Last month we put out some initial impressions of Valve’s new Index virtual reality headset. I’ve now used it off-and-on in my home for about a month, and the first units are going out to consumers, which means it’s time for a proper review.

It’s a bit odd though, reviewing the Index. Valve’s hands-off approach to its hardware, its lead-and-the-developers-will-follow mindset, means the Index’s first few steps into the limelight are more tepid than I would’ve liked. The hardware is great. The software support so far? Less so.

The knock-on effect is that at release, the Index headset feels like a great investment, an incremental but significant step forward for those who want the best fidelity money can buy. The so-called “Knuckles” Index Controllers are supposed to be the draw though, and are undercut by the fact few games support them. They may become must-have peripherals eventually, but you’re going to have to take on faith that developers will do the work.

Look at it go

I’ve already written a lot about the Index’s technical capabilities, courtesy of last month’s impressions piece. Since this is a review though, now I can say definitively: The Index is the new benchmark for consumer VR. 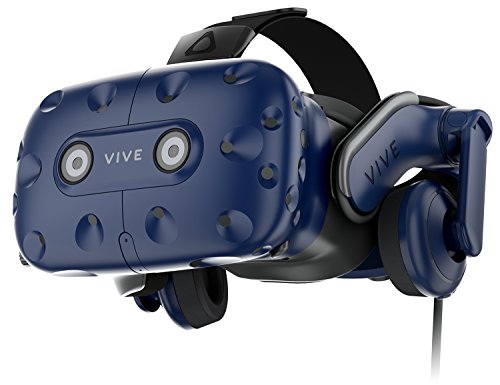 It replaces the HTC Vive Pro at the top of the heap, though as I said the Index is very much an incremental upgrade. In fact, it has the same 2880×1600 resolution (1440×1600 per eye) as the Vive Pro, and defaults to a 90Hz refresh rate. On paper at least the two have nearly identical specs, and aside from the Vive Pro’s higher price tag you’d be hard-pressed to delineate between the two sight-unseen.

Valve’s made two key changes though, and they’re changes you can only appreciate once you’re wearing the Index. I’ll do my best to lay out the technical side though, so you can understand the effects.

First, Valve’s equipped the Index with RGB LCD panels instead of the AMOLED displays used in pretty much all VR headsets up to this point, including the Vive Pro. Why? Subpixels. As I explained last month:

“For the layperson: We think of the pixel as being the base unit for displays, but like an atom it can be subdivided into smaller components, or subpixels. These are the actual colored bands of light that, in combination, allow a pixel to reproduce the full spectrum. All you really need to know is that RGB LCD screens have a subpixel arrangement that makes fine details look cleaner and more consistent.”

There’s a tradeoff, in that the Index’s displays are slightly less vibrant than their Vive Pro counterparts. AMOLED does have benefits, especially when it comes to deep shadows. With the Index, the darkest you’ll ever get is a sort of 4 a.m. gray color. But sharper text and outlines are well worth the move to LCD in my opinion, and have made menus and text-heavy experiences like Obduction a lot more bearable in VR.

The Index’s selling point though is its field of view, or FOV. For years now, 110 degrees has been the standard. The original Oculus Rift dev kit targeted 110 degrees back in 2013, and that carried forward to the consumer Oculus Rift release in 2016, as well as the Oculus Rift S, Oculus Quest, HTC Vive, and Vive Pro. Point being, we’ve been stuck at 110 degrees for a while now.

You get used to it. If you’ve spent any time in VR, chances are you’ve (mostly) stopped noticing the black bars in your peripheral vision. Sure, it’s a bit like looking at the world through a periscope, but the Rift and Vive can still be magical experiences, and when it comes to immersion they certainly have an edge over your standard 2D monitor.

The Index bumps the FOV up to about 130 degrees though—maybe a little less, depending on how close you let its lenses get to your eyes. A month in, it still hasn’t stopped impressing me. As I wrote last month:

“I didn’t notice the difference so much horizontally, but vertically it was like removing blinders. Did you know you can usually see the ceiling and floor while staring straight ahead? Subconsciously, I’d gotten used to not being able to in VR, grown accustomed to moving my entire head to look up or down. The Valve Index makes that unnecessary.”

Sure, the Index still limits your vision. The human eye has an FOV greater than 180 degrees, thanks to some tricks in the way light refracts. Wearing the Index, you’ll still notice black bars in the corners of your vision, and you’ll still need to move your head around more than you might in real life.

But I’d almost recommend an Index for the FOV alone. It’s that impressive.

If you really want to delve into the technical details, Valve’s written an entire blog post that gets into the minutiae of canted lenses, lens diameters, and so on and so forth. It’s interesting reading for the enthusiasts out there.

You don’t need to know how the trick is done to appreciate it though. Every game, every experience, benefits from a wider FOV. It’s simple as that, really.

Display aside, there are some additional headset features I’d like to mop up.

First and foremost, the speakers. I still miss the privacy of headphones, as someone who lives in an apartment with roommates. That said, if anything’s grown on me this month, it’s the Index’s speakers. Both the Index and Rift S (and Quest) have abandoned headphones for speakers because the latter creates a more natural soundstage, fooling the brain into thinking sounds are coming from the actual play environment.

It works, and works well—something I could’ve told you after reviewing the Rift S and Quest. The Index’s speakers are higher quality though, and hang down closer to the ears instead of being embedded in the headband. It’s an uglier solution and feels more fragile, but the benefit is a louder and larger sound. The Rift S puts out decently strong audio, but the Index gets deafening at full volume and you can easily supplant actual room noise with your fantasy soundscape. (The downside of course is potentially annoying anyone else in earshot.)

The Index is also incredibly comfortable, which is worth noting because the Vive’s struggled with that aspect in the past. The Vive Pro’s baked-in Deluxe Audio Strap helped remedy the problem somewhat, but Valve’s design is even more plush and finally rivals Oculus’s comfort levels. I’m also a fan of the microfiber-like cloth across both the face shield and rear pads. It’s soft, but feels more sanitary than the uncovered foam of the old Vive and Rift, and it will wick away more moisture as well.

And this was a throwaway side-note at the end of our impressions piece, but I think it deserves full accolades here in the review: The Index’s cabling solution is far more elegant than the Vive up to this point. The Vive includes a bulky control box, with four inputs on the rear (Mini-DisplayPort, power, USB-A, and HDMI) and three on the front (HDMI, USB-A, power). The Vive Pro simplified it so the front was one enormous custom plug, but the box size was basically the same and the rear panel was still a mess of wires.

The Index pares it down even further, terminating in DisplayPort, power, and USB connections that are mostly in-line with the cable itself. There’s still a breakaway box, but it too lays flush. It doesn’t quite match the Oculus Rift or Rift S for ease of setup, but it’s nevertheless a noteworthy improvement for Valve’s system.

That about covers the Index headset. Be sure to check out our Index Controller review as well for a fuller picture of Valve’s VR wager. In short: There’s a lot of untapped potential, and you’re essentially betting on whether developers will take advantage of the Index’s finger tracking, grip capabilities, and so on. I’m optimistic, but not entirely so.

And as a side note, there’s little reason to buy Valve’s 2.0 base stations if you already have some on-hand from the Vive headsets. I feel like I covered that topic at length—along with the drawbacks of a tethered system—in our initial hands-on, so check there if you want more info. Valve’s original Lighthouse stations are more than enough for most home-scale setups though.

The Index headset is excellent though, albeit nothing groundbreaking. Valve’s taken to heart a lot of lessons learned over the last few years, and paired those lessons with advancements all their own. The Index is more comfortable and higher resolution, as you’d expect, but the increase in FOV is entirely unprecedented (at least at this price) and unexpected, and elevates the headset above also-ran status.

Like the Vive Pro, I’m hesitant to recommend it given the price. At $1,000 for a full kit (headset, controllers, and base stations) there’s no getting around the fact it’s expensive, even without factoring in the price of a gaming PC. This is still early adopter and/or enthusiast-grade hardware. If you own a Vive already though, the Index headset on its own will only run you $500. That’s still pricey, but perhaps not outside the realm of possibility for people looking to upgrade after three years or so on first-gen hardware, and the improvements make it well worth it in my opinion.

Of course, HTC’s Vive Cosmos is already on the horizon—due to switch to RGB LCD displays, add eye-tracking, and ditch base stations before the end of the year—so Valve’s reign could be short-lived, provided HTC’s made some FOV improvements as well.

We’ll see. Regardless, it’s clear that manufacturer interest in VR hasn’t dwindled one bit, as 2019’s already the most eventful year since the first consumer models released in 2016. Pull up a chair and watch the arms race.