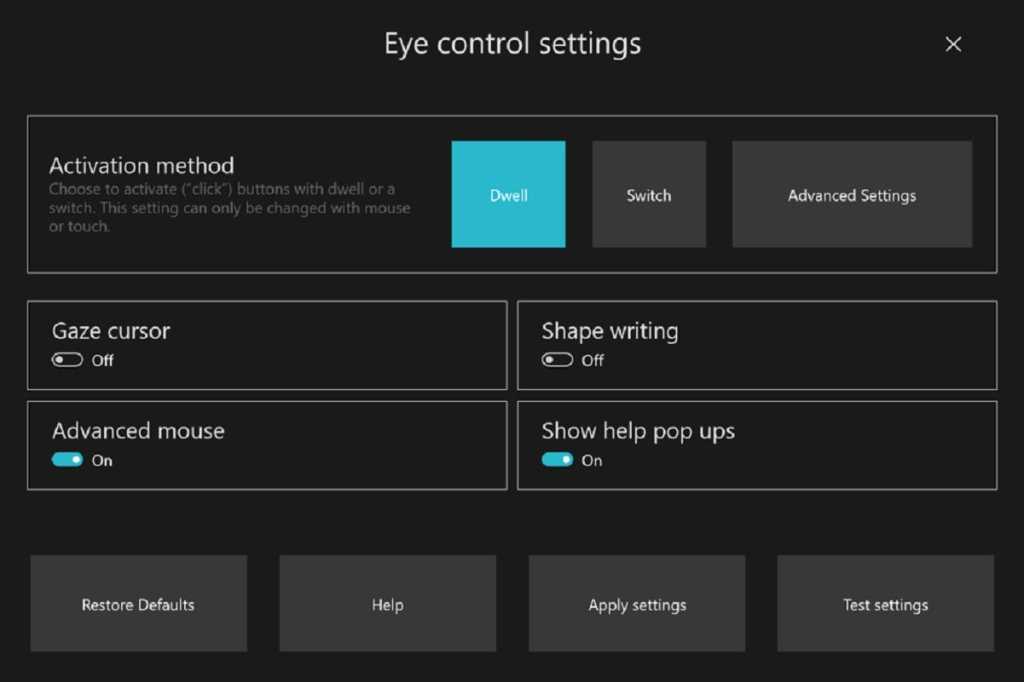 Microsoft said Wednesday that a new Insider build will improve the way eye tracking works, and allow users to tweak how they receive notifications within Windows. In the same vein, an updated Your Phone app will allow Windows users to interact with notifications they receive on Android phones.

Most users will see the greatest benefit from the updated Notifications, found within the Action Center within the lower right-hand corner of your Windows screen. Microsoft also overhauled the Eye Control UI, which uses eye tracking to help those who can’t use a mouse or a trackpad to navigate Windows.

Windows Insider build 18932 is part of what you might call Microsoft’s “feature release” of Windows 10, also known as 20H1. To test them out, your Windows 10 PC will need to be on the Fast Ring of the Windows Insider program, accessible from the Windows 10 Settings > Update & Security menu. Microsoft recently revealed plans for what might be called an ”improvement release” of Windows, also known as 19H2. Similar to a service pack, 19H2 can be tested out via the Slow Ring of the Insider program.

A nest of notifications

The notifications section within the settings (Settings > System > Notifications and Settings) now includes two controls: a toggle that allows notifications to play sounds, and a way to more easily find a particular app through a “most recent” drop-down list.

This particular settings menu also includes a “Notifications Visualizer,” which allows you you to see the results of your decisions in a mockup of the page before it goes live. There are a lot of different controls and options—good for some, but possibly overkill for many.

In the last few days, Microsoft has signaled that Android notifications would be coming to Your Phone, the app that connects your Android phone to Windows. (Your Phone is also available for iPhones, but due to Apple’s controls, the functionality is extremely limited.)  Notification support within Your Phone simply means you’ll be able to click on and interact with notifications that show up in Your Phone with your keyboard and mouse.

Unfortunately, Your Phone is still hamstrung by the need to support specific phones, as well as the new Insider Build. If you don’t have a PC with a Bluetooth radio that supports the low-energy peripheral mode—you’ll need to dig into the Device Manager and the properties of your Bluetooth radio to figure this out—you’re out of luck.  (Microsoft’s Surface Go does, but other PCs, such as the Microsoft Surface Book 2, do not.) You’ll also need a supported phone:

Microsoft’s Eye Control is generally thought of as an assistive technology, though it can be used as a productivity tool, too. You’ll need an eye-tracking peripheral like the Tobii Eye Tracker 4C, or else a laptop with eye-tracking integrated directly inside.

Microsoft also added a redesigned settings menu to provide an overview of the available controls, and added more fine-grained controls to Narrator and the Magnifier UI.