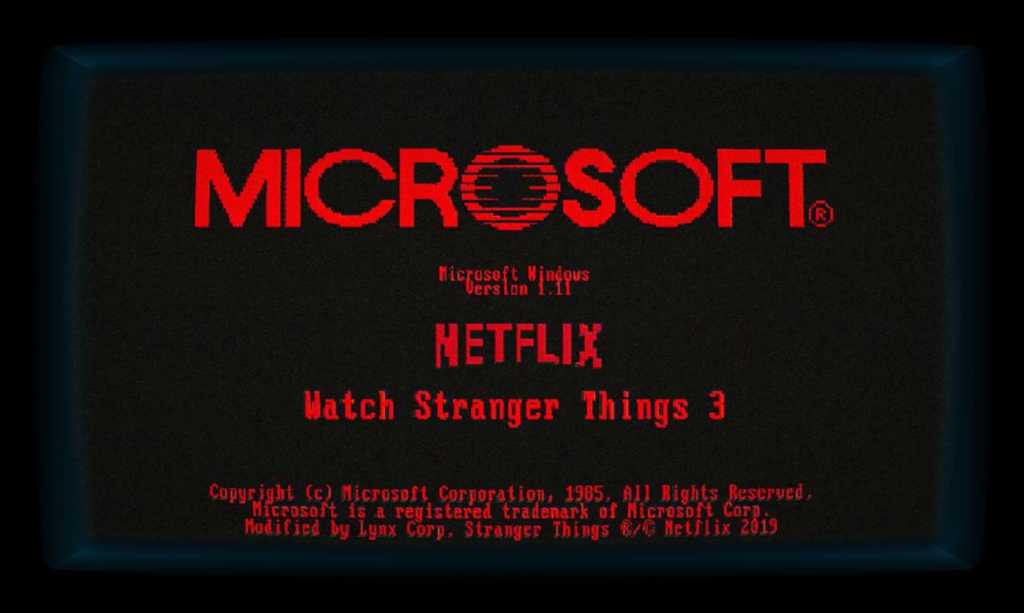 Finally, we know what Microsoft’s teasing Twitter posts have all been about: the release of Windows 1.11, an app that mimics the look and feel of an early version of Windows in conjunction with the Netflix show, Stranger Things.

Microsoft’s Windows 1.11 app opens a Windows 1.0-like shell where users can dig through file trees and open up clips and teaser stills from the show. The app warns of “glitches” that you’ll experience, which manifest almost immediately; clicking on a file opens a cascade of images that indicates something is very wrong.

Microsoft touts the app as “1985 nostalgia with a special edition Windows 10 PC app inspired by Windows 1.0, but one that’s been taken over by the Upside Down from Stranger Things.” Microsoft makes no attempt to hide that it’s cashing in on some sweet nostalgia: the Netflix tie-in is apparent on the splash screen that opens the game.

The trail leads through a number of classic Windows apps, such as Paint, where the “glitches” open up promotional materials from the show. (Small warning: These promotional materials appear to include some spoilers and a bit of language, though nothing really beyond what you might expect in a trailer.)

All in all, it’s a well-done little experience that’s worth a minute or two of your time, especially if you yourself invested in an early Windows PC. Unlike the fairly compact Windows 1.1, however, the download is a fairly hefty 400MB or so.

Can we be a little disappointed that there’s not a (literal?) Blue Screen of Death, though?

Updated at 10:07 AM with additional details.