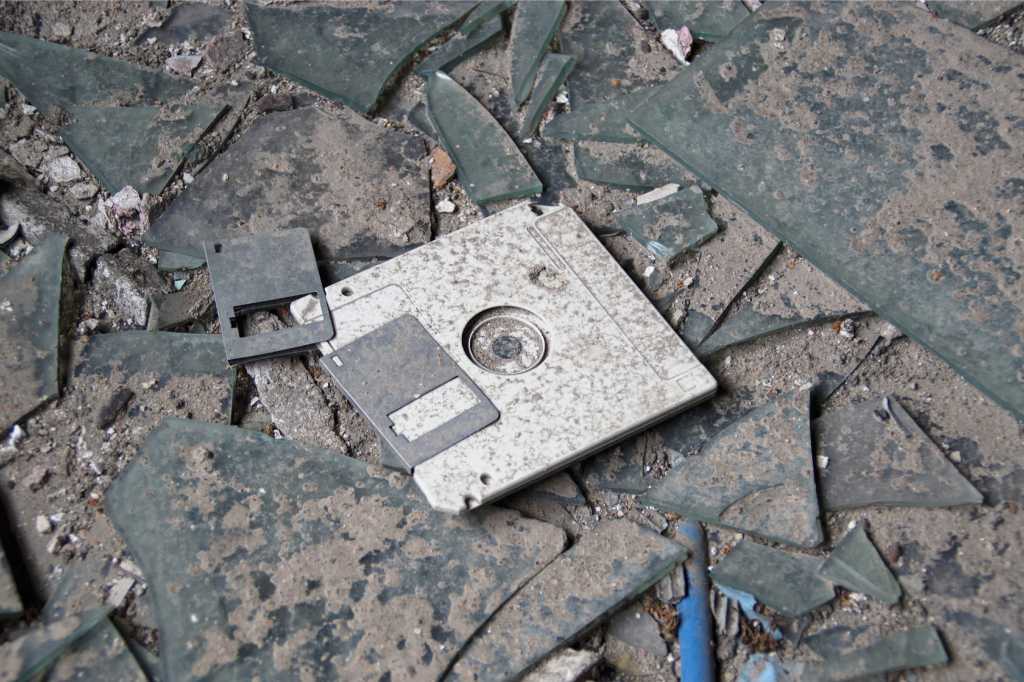 Last week I received an email notice from Microsoft informing me that, as of January 14, 2020, they will no longer support Windows 7, which I still have on one of my desktop computers. Why? Because I have some legacy software that is incompatible with Windows 8 and 10: dBase III+, Paint Shop Pro 7, PageMaker, several graphics programs and plugins—one is the first version of Andromeda, which offers some amazing graphic effects—and a few other applications that were originally DOS-based.

I know I’m not alone in clinging to an ancient software program that’s exactly what I need. Allen Bonde, VP and research director at Forrester, told me that, “Where SaaS (Software as a Service) applications don’t have a foothold, we often still see customers sticking with older tools because they see a risk in switching to a newer system, or there just isn’t a compelling alternative.” It’s not just random individuals, either, but entire companies: “There are pockets of this behavior in smaller firms,” Bonde noted, “but also in sectors such as healthcare and government, where we see less digitally mature companies.”

I asked dozens of friends and colleagues, posted inquiries on Twitter and Facebook, and queried several dozen previous clients and corporations that I’ve worked with in the past: Does anybody still use legacy software? Those who did were often embarrassed to admit it, but agreed to discuss it “off the record.”

The biggest, most widely used legacy software still in circulation is Microsoft Office 2003. There are entire companies out there still using this version of Office. Why? Because this was the last .doc version that used the Classic menus as opposed to the Ribbon menus (.docx versions).

The Classic menus were a product of the CUA (Common User Access) Standards developed by IBM in 1987, which determined the user interface for all Windows, OS/2, MVS/ESA, VM/CMS, and OS/400 software applications. Equivalent commands such as File, Save, Exit, Print, Cut, Copy, Paste, Edit, View, Help, and hundreds more had to follow the same design for every program regardless of the genre.

The CUA standards made it easier for users to learn new Windows and OS/2 programs because they all had similar menus, dialog boxes, keyboard shortcuts, and so forth. Thanks to this standard, for instance, the key combinations of Ctrl+X, Ctrl+C and Ctrl+V —Cut, Copy, Paste— were the same in Word, Excel, Photoshop, Corel Paint, Quicken, and hundreds of other programs.

And then Microsoft moved to the Ribbon menu. So many users hated it that multiple vendors have created “Classic Microsoft menus” add-in programs such as Add In Tools, UBit Menu, Office Classic Menu, and more. These add-in programs have their limitations as well, but many thousands of users (according to my sources) say they can live with the limitations as long as they have the classic menus.

“I use the mouse with my right hand and shortcut keys with my left hand without even thinking about it,” said a colleague from Salt Lake County. “I work twice as fast because I’m ambidextrous on the computer, not with anything else, just with the keyboard and mouse. I can’t do that with the Ribbon menus.”

Other users have made the same argument and swear they will never graduate to the Ribbon, at least, not as long as the add-in tools are available. The software vendors who make these add-in tools claim they’ll keep going strong.

In spite of the massive variety of databases on the market today, dBase III+ and Lotus 1-2-3 are still widely used by a lot of home users and small businesses. (Lotus 1-2-3 is, technically, a spreadsheet like Excel, but spreadsheets are technically, databases.)

The reasons provided by most of the individuals I asked are:

For example, in Lotus, /FS is the command equivalent to File > Save, and the macro command for File > Save. You can easily write macros in Lotus if you know the menu commands, no programming experience needed—and all the menu commands are right there on the screen. Lotus also has a macro recorder, which placed the macro in an “out-of-the-way location” on the same spreadsheet to simplify editing.

Macros in Excel are not so easy. You can use the macro recorder for the basic stuff, but you must know Visual Basic to do anything complex or to even edit the macro. This is no problem for programmers, but everyday users just want the software to work without the hassle of learning a programming language.

Note: While researching information for this article, I recently learned that you can configure dBase III+ to work on the 32-bit versions of Windows 8 and 10 by making a few adjustments through the Control Panel and Command Prompt.

Corel Draw! and PaintShop Pro (formerly spelled Paint Shop Pro) are still active programs, of course, but some users hold onto their legacy programs to retain specific features and benefits.

Corel Draw!, for example, offers hundreds of fonts and thousands of clip art images in all of its versions. Many of the older ones are no longer available, however. Meanwhile, some of the older features have disappeared—or been replaced by similar features that don’t work quite as well.

PaintShop Pro has similar issues with the newer versions beyond 5 and 7. A big loss is the animation program, which seems to have disappeared completely from most of the newer versions. In versions 5 and 7, you could create an animation from a single image using a variety of animation effects. It was a simple program, but effective for some applications.