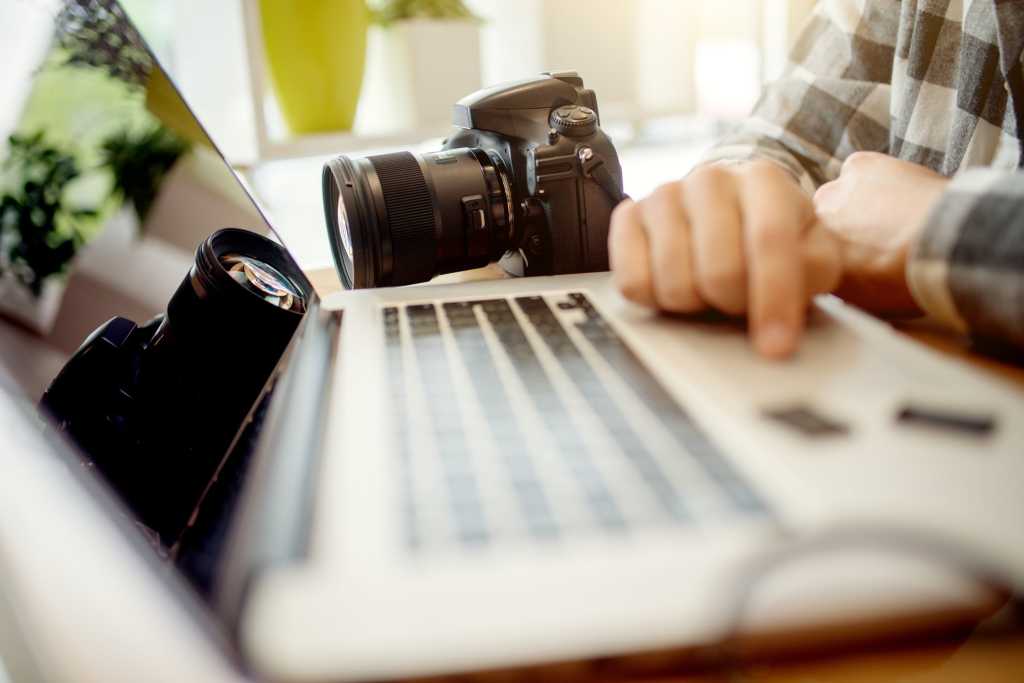 I remember when Adobe made the switch. In 2013, not long after I purchased the Adobe Creative Suite CS6 program, Adobe terminated the desktop versions of its software and launched Creative Cloud, offering subscription-based access only to its suite of products.

It’s easy to understand why some users have been unhappy with Adobe’s subscription model. A large corporation has the budget to shoulder monthly fees, but small businesses and home users may balk, especially for programs used only occasionally.

I love Adobe products, and I’ve used them since Photoshop version 2.5. I’ve also purchased Freehand and PageMaker, and the Macromedia products. They’re the best, hands-down. But a subset of users have largely left their beloved Adobe software behind for a variety of clones, shareware, and open-source products.

I actually use them all—Adobe and the alternatives—because each program has unique features I can pick and choose for my projects. The following programs are the best options we’ve found to replace Acrobat, Photoshop, Illustrator, and InDesign. We also talk to experts about why software subscriptions are on the rise.

All three of the programs listed below provide effective photo-editing tools, from sizing, cropping, and retouching to noise reduction, color correction, and  more. Affinity and Paint Shop Pro have a few more features than GIMP does, and all three have fewer than Photoshop. The filters and special effects are what distinguish them from one another and from Photoshop.

GIMP (GNU Image Manipulation Program) offers 130-plus amazing filters and special effects. See Alvin Alexander’s blog for all the cool stuff GIMP can do. I especially like the Borders Sparkles, Reflections, and Gradient Flare effects; and the Whirl and Pinch features. I also appreciate that GIMP works on multiple platforms, uses minimal system resources, and is super-easy to use.

I love Paintshop Pro. I’ve used it since version 5 and have continued to upgrade through the current versions. It provides hundreds of excellent features such as Capture, which is much better than Photoshop’s Snipping Tool. The Film effects are spectacular, the new SmartClone feature is amazing, and the Refine Brush, which finely details selections around difficult outlines such as hair and animal fur is superb. But my all-time favorite feature is the Picture Tubes, similar to Photoshop’s custom brushes, but in full 16-bit color.

Affinity Photo stands somewhere between PaintShop Pro and Photoshop in features and special effects. Its highlight features include custom brush nibs called Nozzle tips, which modify the shape and size of your lines as you draw them. Symmetry mode creates amazing kaleidoscopes, and the best Dispersion effect I have ever seen. You can even record and save actions as macros. Even if you own both PaintShop and Photoshop, this little gem is more than worth the ticket.

Photo editing software can now do almost anything that illustration programs can do. Some users prefer the illustrator drawing tools over the photo drawing tools, but that’s just a matter of personal preference. For alternatives, check these out.

The interface is intuitive (if a bit outdated), and the product packs a punch. OpenOffice Draw’s highlight features include Styles, Glue Points, and Picture Gallery for stock images and clipart. It also offers advanced rendering, lighting and texture effects, an efficient 3D controller for creating shapes, plus all the standard editing and manipulation tools.

Inkscape is a free and intuitive vector graphics editor used to create and edit vector images. Inkspace’s best features include text (or line) to path; pattern fills; and pencil, pen, and calligraphy tools. You also get embedded bitmaps; a nice gradient editor; impressive color palettes and ramps; and standard object editing and manipulation tools, though scaled down a bit from its competition.

Very similar to Adobe Illustrator, Affiniity Designer’s most distinctive features include the Multi Stroke and Fill, which, among other things, stacks strokes and fills as layers so they can support their own blending and gradients. Also nice: the adjustable line weights, which are based on speed, pressure, and width. You get lots of new presets for symbols, shapes, and lines; more options for custom gradients, textures, and styles; and unlimited layers, masks, and groups. A big plus: There are over 8,000 History steps for Undo/Redo.

InDesign and the programs listed below are page layout, design, and desktop publishing software. There are no substitutions for this group unless you want to use Microsoft Word or another word processor, but those applications are not really equipped to function as a layout and design program. I still say PageMaker was the all-time best desktop publishing program, but it’s no longer supported by Adobe or the operating systems.

This little program is no InDesign or Affinity Publisher, but if you just need a simple, free program with nice templates—and without all the complicated menus, features, and effects—this one’s for you. Easy to learn, easy to use, easy Help language.

Scribus is an intuitively designed desktop publisher with loads of predesigned templates to create brochures, posters, greeting cards, invitations, business cards, and more. It also offers layout and design templates for books, magazines, and newspapers. Big plus: Scribus is a cross-platform application that runs on Windows, Mac OS X, and Gnu/Linux systems.

Another Affinity success story, this desktop publisher has all the great bells and whistles of the competition that I have used, but for less than $50. Familiar features include text wrap, drop caps, facing page spreads, tables, advanced typography, artistic text and text styles, plus an amazing set of tools. The graphical interface is user-friendly, the Help guides are easy to understand, and the menus are quite intuitive. Check it out and see for yourself.

Incidentally, you can buy all three Affinity programs (Photo, Design, & Publisher) for less than what it costs  to rent the Creative Suite apps for three months.

The plight of Adobe refugees

Adobe’s switch to subscription services left a particularly large group of user “refugees” looking for alternatives. For them, subscriptions can be a trap. Once you invest time, money, and training, and have projects created in a specific program, it’s hard to let go. Then one day, you wake up and realize that you could have purchased the program for half the cost of all those fees (that you are now obligated to pay in perpetuity).

One aggravation for me is the new Adobe Acrobat DC. It used to be on my hard drive, accessible and on demand in a few seconds. Now, I have to be connected to the Internet and “signed in” to read or create a simple PDF file; and it takes forever! After a few weeks of that, I uninstalled it and reinstalled the old Pro 2017 version that I had on a disk.

If you’re a non-subscription-based user, always get your software on a disk. Even if you download it from the Internet, pay the extra money to have them send you a physical disk. I’ve lost track of how many programs I paid for and downloaded, only to lose them forever after a system crash or corrupt backup, or buying a new computer. Companies go out of business, original serial numbers or proof-of-purchase documents are lost; or vendors refuse to honor the version I lost. And the cloud? Clouds dissipate, don’t trust them! The freedom and independence of the desktop computer, with everything on your own hard drive (with regular backup, right?) is still the best system.

“In addition,” Santoro says, “Because the vendors handle everything from installation to patches, updates, backups, modifications, security, 24/7 support, and more; the SaaS (Software as a Service) option is definitely the preferred solution for both big and small businesses.”

Forrester VP & research director Allen Bonde sees both the pros and the cons. “The appeal of many subscription models, at first, is quick setup, automatic upgrades, and the chance to try it before you buy it.”

On the flipside, Bonde cautions, “companies must be mindful of what they’re actually using and what is, effectively, shelf-ware; which hits your budget every month with recurring charges. There are cheaper alternatives to some of the brand name tools such as Adobe, Microsoft, and others; but you’re often trading off functionality for cost.”

I asked family, friends, and colleagues about their experiences with software subscriptions, and it’s a mixed bag. Some complain that vendors aren’t providing enough of the “new” features they promise, and most of the upgrades aren’t any better than the current model. One user confided that she actually liked the older versions better, because they satisfied her needs and weren’t as complicated as the newer versions.

Others have confessed that they wouldn’t upgrade their operating system, even when Microsoft stopped supporting it, because some of their favorite older programs are no longer available—and they’re incompatible with Windows 10.

Another problem with the subscription products, Forrester analyst Duncan Jones points out, “is that providers can continually increase prices, which customers are unable to resist. It’s like an escalator that you can’t get off, going up faster and faster.” Jones noted that additional fees may arise. “It’s also the extra charges that are added to most of the new software programs. So costs go up more than customers can afford, until they start to rebel.”