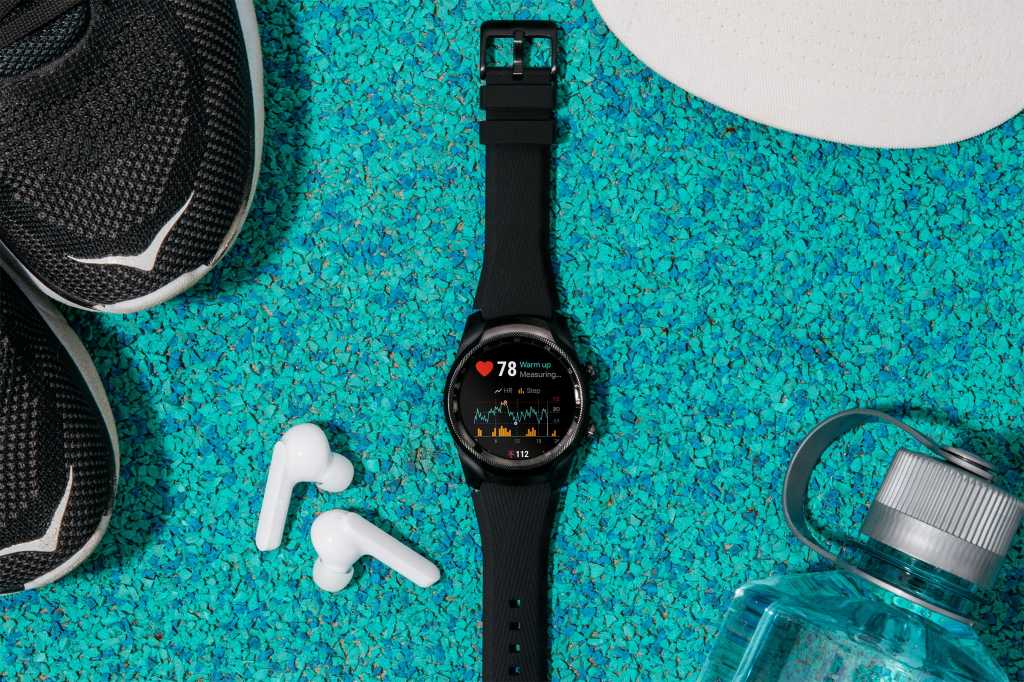 There might not be much to get excited about when it comes to Wear OS watches these days, but that’s not stopping Mobvoi. After tackling the mid-range market with the TicWatch E2 and S2 earlier this year, it now has its eyes on the upper tier of Android-based wearables as well with its newest watch.

As its name suggests, the TicWatch Pro 4G/LTE is essentially last year’s TicWatch Pro with cellular capabilities. It comes in a single black color and brings a 1.4-inch 400 x 400 AMOLED display, GPS, NFC, a heart-rate sensor, and IP68 water resistance. It also means you’re getting the previous generation Wear 2100 processor, a big case, and the same 415mAh battery. However, Mobvoi says the new model is 11 grams lighter than the non-4G one and still features two-day battery life. You also get all of the latest Wear OS features, including Google Assistant and Tiles.

There’s just one problem: the 4G LTE connectivity doesn’t work yet. Whether that’s due to a compliance issue or the use of eSim tech is unclear, but the bottom line is, if you buy the TicWatch Pro 4G, you won’t be getting 4G yet. Mobvoi said customers will be able to activate the 4G/LTE feature “one month later.” To compensate, the company has discounted the price of the watch by $20 to $280 until that time. After August 10, the watch will sell for its usual $299 price, Mobvoi said.

Among the features that will work on the TicWatch Pro 4G is Mobvois’s unique Essential Mode, which extends the battery life to 30 days by turning it into an old-school digital watch, with the time, date, and steps. It also includes a new SOS Alerts feature, which immediately dials 911 and broadcasts your location in the event of an emergency with a single tap. You can also TicMotion 2.0 that “autonomously tracks a wider range of real-time motions including fast-walking and running,” while a future update will also bring swim tracking.

You can order the Mobvoi TicWatch Pro 4G from AmazonRemove non-product link for the discounted price of $280 until August 10.