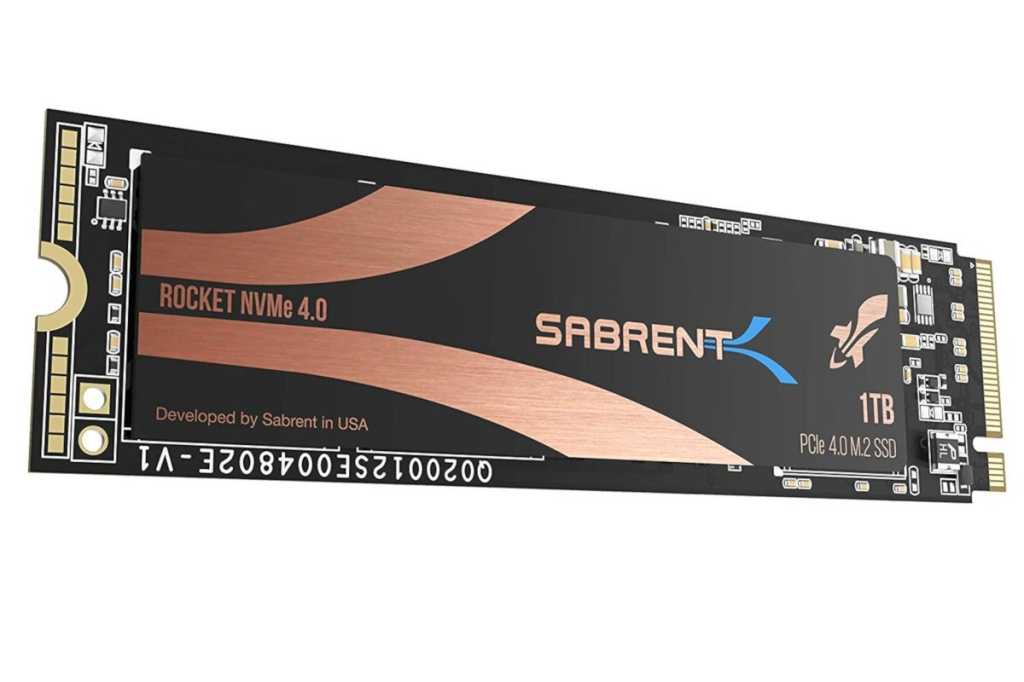 Living on the bleeding-edge of technology isn’t cheap, but today, early adopters can save some scratch on next-gen storage technology that just launched on Sunday. If you’ve already bought yourself a Ryzen 3000 processor and an X570 motherboard, you’ve got everything you need to run supercharged PCIe 4.0 SSDs. Third-party Amazon seller Store4PC is selling the 1TB Sabrent Rocket M.2 “gumstick” for $40 off and the 2TB version for $30 off—if you know the appropriate coupon code for each.

It’s awfully early to see sales on such new products, but we’ll take it. So here’s how it works. You can pick-up the 1TB Rocket for $200 with the coupon code 17ZY8VF3, and the 2TB version for $400 with the code 0769M99T (hat tip to Slickdeals for these deals). The 1TB version is normally $240 on Amazon while the 2TB version usually costs $430. And yes, both pack the blazing-fast new PCIe 4.0 interface.

We haven’t tested the new Sabrent SSDs, but they use the same Phison controller as the Aorus and Corsair SSDs we saw at Computex. The end result is that you can see read speeds as high as 5,000MB/s on these PCIe 4.0 drives. That’s a nice bump in speeds considering that the top SSDs using PCIe 3.0 are around 3,500MB/s.

That’s all thanks to PCIe 4.0, the new connection standard that is only available on X570 motherboards with a Ryzen 3000 processor installed. If you have a different motherboard they should still fit in an M.2 slot, but they will be limited to PCIe 3.0 speeds—entirely negating the reason for getting such a high-priced drive.

Still, if you don’t have an X570 board, but are planning to pick up the components to build a kick-ass Ryzen PC, today’s deal on PCIe 4.0 M.2 drives is a great way to start.