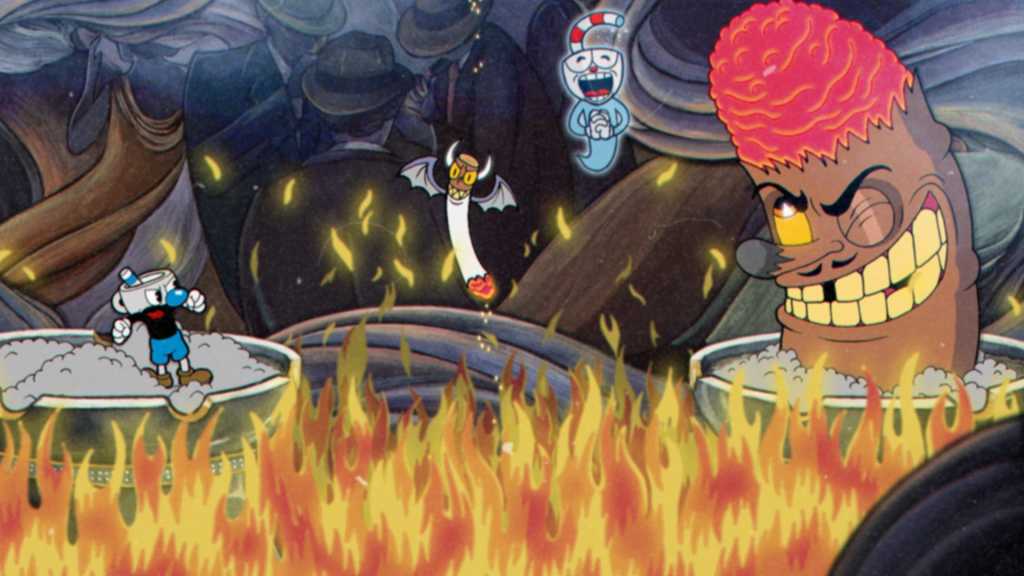 Steam’s Summer Sale is over, which means summer is well and truly underway. I hope you’re all having a good July, the only month of the year where games sort-of stop releasing for a bit. I know I am.

There’s still plenty of news though—teases for Control and other August releases, plus Blizzard sics the AlphaStar AI on its StarCraft II players, The Bard’s Tale IV gets a director’s cut, Cuphead is getting a Netflix cartoon, Amazon announces a Lord of the Rings MMO, and Ion Maiden bows to Iron Maiden.

Free for the ages

Steam’s free games are usually free-to-try, not free-to-keep, but this week’s the rare exception. With Age of Wonders: Planetfall due out on August 6, Triumph’s made its previous game Age of Wonders III free to drum up excitement. You can grab it here from now through July 15.

And Epic continues to give away a free game every week on the Epic Games Store, though we’ve definitely entered the “Old Humble Bundle” era of offerings. This week’s freebie is Torchlight, and next week is Limbo—both great games, and worth grabbing if you haven’t before, but I’d guess most people have accumulated these venerable indies at some point in the last decade.

I suppose I should’ve guessed, but The Bard’s Tale IV is getting an overhauled “Director’s Cut” in August. InXile did the same with Wasteland 2, polishing up the graphics and the game in places. The Bard’s Tale IV will include “thousands of fixes and tweaks,” plus a new chapter of endgame content, a “refined and more feature-rich” interface, more character creation options, and rebalanced combat.

Given that I loved the opening hours of The Bard’s Tale IV but fell off due to bugs and poor optimization, I’m hoping this will get me to finish it.

We’ve waited 14 years for a new Psychonauts. Might as well make it a round 15, yeah? I hope that’s your reaction, because the long-awaited sequel has indeed been delayed until 2020 as of the latest Fig update.

Plenty of strange StarCraft news this week. First up, Blizzard announced that DeepMind’s AlphaStar—an artificial intelligence that dominated StarCraft II pros in early 2019—is being unleashed on the public ladder later this year. AlphaStar will be anonymous and will play “a small number of games,” for the purposes of science. When the robots kick in your door, just know it’s because they learned tactics from StarCraft.

And below you’ll find a very weird trailer for a very weird idea. Blizzard released a mod for 2017’s StarCraft: Remastered this week that swaps out the original art style—including the mission briefs—for a more colorful cartoon look, and it’s bizarre. I can’t really imagine playing StarCraft this way, but if you’ve stuck with it for two decades and just want a new look, might as well check it out.

Speaking of cartoons, Cuphead secured itself a Netflix deal this week. Presumably it will continue to use Max Fleischer’s animations as inspiration, but expand upon the deep lore of Cuphead and Mugman, and their struggles against boxing frogs and dice-men and so forth. I’m in, as long as it has another snazzy soundtrack.

The more I read of The Southern Reach Trilogy, the more clear it becomes that Remedy’s Control is pretty much an unofficial game adaptation. And uh, I’m definitely onboard for that. The game’s due out August 26, but this week IGN posted a look at the opening 13 minutes if you want a tease.

It’s been a while since I’ve sat down to play American Truck Simulator. I didn’t realize how far it’d progressed. This week SCS Software showed off its new Utah expansion, which is apparently the seventh state? I had no idea. Last time I checked in it was just California, Nevada, and Arizona, but New Mexico, Oregon, Washington, and now Utah have all joined up as well. Looking forward to heading eastward one day.

Destiny 2 ’s upcoming Shadowkeep expansion is due to revisit Earth’s moon for the first time since the original Destiny (of “That wizard came from the moon” infamy). Below we have our first look at what that entails, courtesy of GuardianCon. It certainly looks impressive—though at 40 seconds long, there’s admittedly not much to take in yet. (Via PC Gamer)

I love when a mod is so good, it becomes official. That just happened to Rising Storm 2: Vietnam’s Green Army Men mod, which has been expanded and canonized as a full-featured add-on with new maps, toy weapons and vehicles, and so on. Anyone who owns Rising Storm 2 can play for free, though only as the Rifleman class. Ten bucks nets you the ability to play as the other classes, and the money reportedly goes toward the mod team. Pretty nifty, and I want to try out the Pool Party level in particular. It’s giving me Unreal Tournament flashbacks.

Amazon already has a Lord of the Rings TV series in the works, and now there’s a video game adaptation in development as well. According to the press release, it will be a “free-to-play MMO set in the iconic world of Middle-earth,” and that’s about all we know. It’s being developed in tandem with Athlon Games, and apparently was technically announced last year before Amazon’s involvement. Some of the New World team will be contributing to the project now though, and it’ll probably leverage Amazon’s server tech if I had to guess.

That said, to date Amazon hasn’t released a single game, and New World’s future seems murky as well. I expect it’ll be a while before we see this one pop up again.

I demoed Moons of Madness at E3 2019 and never got the chance to write about it, one of those games that sort-of falls through the cracks. So let me say now: I liked what I played, a moody horror-adventure game that reminded me a fair amount of Soma, though I was a bit worried by hints of a chase scene or unbeatable monster at the end of the demo. I’m a bit burned out on those.

Still, it seemed interesting. Funcom put out 12 minutes of footage this week if you want to take a look at one of the earlier sequences.

I fought the law and the law won

Hey, remember how Iron Maiden sued Ion Maiden over its title after 3D Realms ignored a cease-and-desist letter? I expected this one to take a bit longer, but it played out exactly as expected: Ion Maiden changed its name, which really makes you wonder why they didn’t just change it the first time around. Anyway, Ion Maiden is now called Ion Fury and it’s releasing in August. Pick your battles better, people.