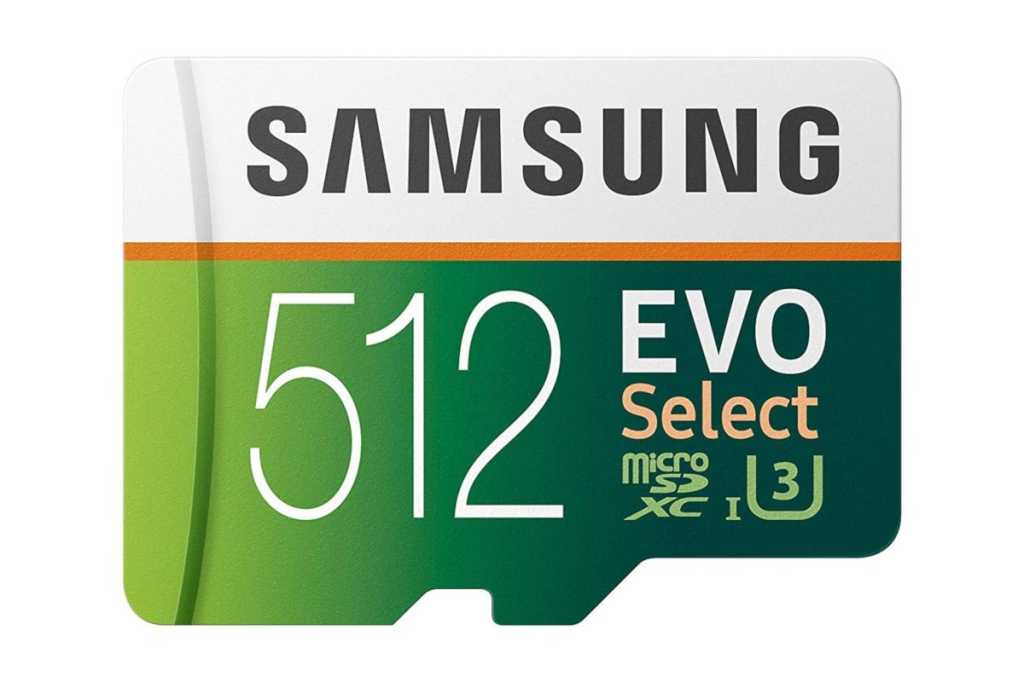 It’s a good time to load up your smartphone or Switch with a boatload of storage. Amazon is selling the 512GB Samsung MicroSDXC Evo with adapter for $88.80Remove non-product link, an all-time low for this capacity. This card retails for $200, but it’s been selling for $100 since March.

he card features 100MB/s read speeds and 90MB/s write, according to Samsung. It’s also water proof with an IPX7 rating, shock proof, and temperature proof with operating temperatures between -13 degrees and 185 degrees Fahrenheit. It also comes with a 10-year warranty and an adapter, in case your device can only read larger-sized SD cards.

We’ve had these higher capacity cards for a while now, but it’s still pretty insane that your phone can have as much capacity as the average laptop hard drive. You’ll definitely need that much storage if you plan on using this microSD card for 4K video recording, and there’s enough storage here for a small Plex library of up to 78 hours of 1080p video, more than 77,000 songs, or more than 150,000 photos.