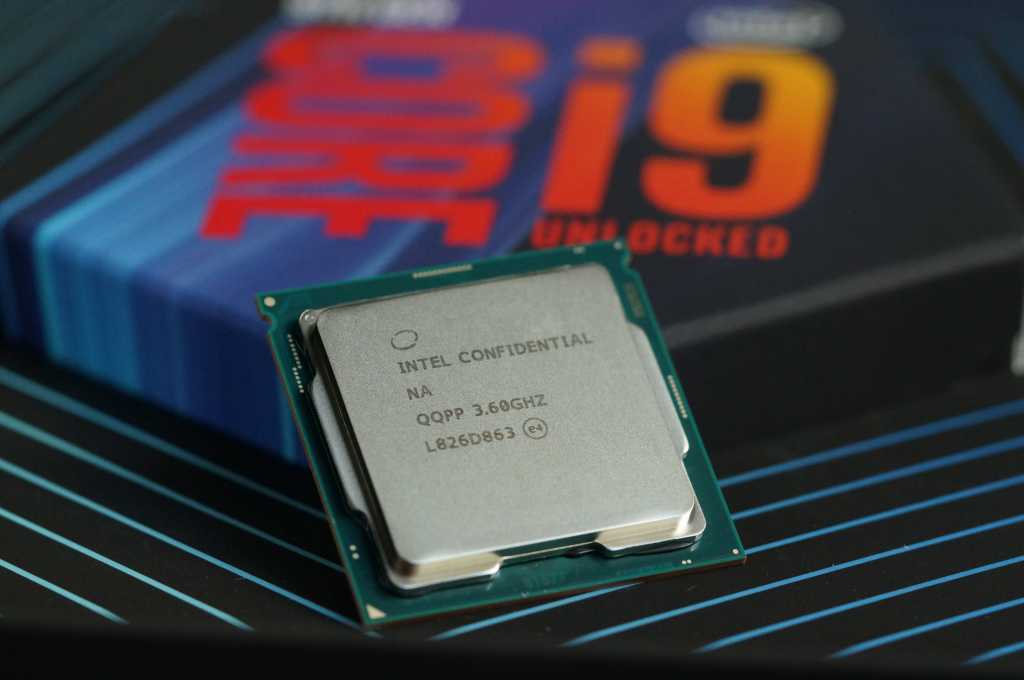 Amazon isn’t the only store tossing around deals today. While Prime Day’s in full swing, Newegg’s rival Fantastech saleRemove non-product link kicked off at 3p.m. Eastern/12 p.m. Pacific on Monday, and PC enthusiasts definitely shouldn’t miss this! Some of the deals are, well, utterly fantastic.

We sifted through the endless discounts to find some true gems. If you’re intrigued, buy them sooner rather than later, because the Fantastech sale ends at midnight Tuesday.

Holy smokes! Intel processors don’t go on sale very often, and especially its flagship CPUs. The Core i9-9900KF is basically the 8-core, 16-thread, 5GHz-all-day titan of a processor known as the Core i9-9900K, but with the integrated graphics disabled. If you’re buying this chip, you’re buying it for gaming or heavy editing work, so you’re probably going to pair it with discrete graphics anyway. This sale saves you $60 off the price of the Core i9-9900K proper, and $40 off the KF version’s usual price.

If you’re looking for something that’s cheaper than the fastest gaming CPU in the world, but still an incredibly versatile chip, don’t miss this deal. The 6-core, 12-thread Ryzen 5 2600 was a spectacular value pick last year even at full price, and while it’s since been usurped by the $200 Ryzen 5 3600, this is an outrageously good price for a killer piece of kit. It even comes with a cooler and three free months of Xbox Game Pass for PC!

If you want more cores and threads, the Ryzen 5 chip’s bigger brother is on sale for $150, which is just as fantastic. The Ryzen 7 2700 launched at $300 and only recently bottomed out at $200, so seeing it at $50 below that is a heck of a deal indeed. It also comes with the Game Pass offer.

This isn’t the fastest SSD in the world, but it isn’t the slowest either, and any modern SSD will run laps around pokey mechanical hard drive. This one gives you a whopping 1TB of capacity for just $80, well under a dime per gig. What else needs to be said? I’m probably going to spend my own money on one of these.

We can’t really recommend Nvidia’s GeForce RTX 2060 GPUs at full price now that AMD’s awesome Radeon RX 5700 is here. But Newegg’s shaving $50 off this custom model when you use the code FANTECH14EA at checkout, and you’ll get free copies of Wolfenstein: Youngblood and Control as part of the deal. But that’s not all: Newegg’s throwing in a $15 rebate card too. That’s killer value for a solid 1440p gaming GPU capable of real-time ray tracing.

Watch out for graphics card deals that aren’t really deals as you shop today. This one is worth your money.

If you don’t mind opting for a thicker custom cooler with a single fan, you can snatch up a ray tracing-capable card for even cheaper. The EVGA GeForce RTX 2060 SC Gaming is $280 after applying the code FANTECH129 for an additional $30 off, and it comes with the pair of free games, too. (No rebate card though.)

Finding a gaming laptop with entry-level graphics for a mere $700 is hard enough. Finding one that packs Nvidia’s 6GB GeForce GTX 1060 at that price? Damned near impossible—until today. You’ll probably want to upgrade the scant 256GB SSD before you load this up with games, but this is an unbelievable price on what should be a great 1080p gaming notebook, and you can save another $20 off the top using the code FANTECH92EA.

Remember just a little while back when memory cost an arm and a leg? Not anymore. Now, you can pick up a 16GB kit of Corsair’s popular Vengeance Pro RAM complete with RGB illumination for just $70. Wow.

You don’t find laptops this sleek for this cheap very often. The VivoBook S15 comes in a thin, trim chassis with Asus’s minimalistic NanoEdge bezel for maximum screen size with a minimal footprint, and at just 0.71 inches thick and a hair under 4 lbs., it should fit into any backpack. This laptop should have decent brawn to go with its beauty, too: The VivoBook S15 comes equipped with Intel’s “Whiskey Lake Intel Core i5-8265U processor, 8GB of RAM, and a 256GB SSD.

More efficient power supplies make your desktop PC run quieter, cooler, and (obviously) use less power, but prices start climbing once you start shopping for units with 80 Plus ratings—especially if 80 Plus Bronze just won’t cut it. Today, Corsair’s 80 Plus Silver Vengeance 750M power supply is on sale for $65. That’s one of the best prices we’ve ever seen on a Silver-rated PSU with enough juice to operate a fully loaded single-GPU gaming rig, and to sweeten the pot even further, Newegg’s throwing in a $10 mail-in-rebate card. Remember to fill out that paperwork!

Closed-loop liquid coolers for CPUs typically cost around $100 for models with a pair of 120mm fans. During the Fantastech sale, this one’s only $60. Yes please.

Corsair’s Carbide Series 175R mid-tower case checks all the boxes for a $70 chassis, with a tempered glass panel, RGB lighting, a full-length PSU shroud, and plenty of room for liquid-cooling. But Newegg’s selling it for $55 as part of the Fantastech presale, with a $15 rebate card effectively knocking the price all the day down to a mere $40. That’s outstanding for a case like this.

These deals are just the tip of the iceberg; Newegg’s Fantastech saleRemove non-product link is packed with hundreds of deals through the end of Tuesday. And of course, Newegg’s sale isn’t the only one today. Check out our curated roundup of the best Amazon Prime Day deals to find all sorts of tech going for deep, deep discounts.